NetZero – the view from Little Tittleham 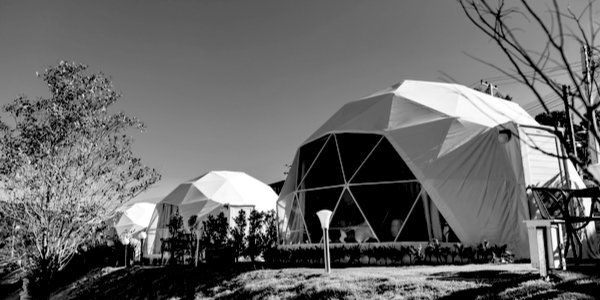 TCW Defending Freedom has received information from ‘Our Man in Westminster’ Sir Charles (Chatty) Chatterton MP about the government’s plea for more ideas to achieve its NetZero 2050 commitment.

WE HAVE all received a missive from Alok Sharma, our jet-setting President of COP26, asking for suggestions as to how the Government might meet their ludicrous 2050 NetZero ambitions. It is clear that their plans for universal heat pumps, electric vehicles and the like are pie in the sky, and Sharma is thrashing around like a beached whale for inspiration.

As a loyal if disenchanted servant of the party I invited my constituents to a Climate Symposium in the Orangery at Tittleham Hall to allow them to articulate their ideas about ways to save the planet from the promised apocalypse.

There were seventeen in attendance, if one includes two toddlers and a dog. Lady Veronica had kindly laid on some cucumber sandwiches, fondant fancies and exotic teas.

The meeting began with a five-minute video featuring Allegra Stratton, Sharma’s spokeswoman, who gave us tips to mitigate the climate crisis. They included not rinsing plates before placing them in the dishwasher, darning old socks and pullovers and donating out-of-date Waitrose linguine ready meals to a food bank.

We then suffered a thirty-minute presentation from Professor Ged Ohm, grandson of the esteemed nuclear scientist, Paul Ohm. Ged heads the Climate Fear Institute at the University of Greenwich, and has been given a grant by the Department of Business, Energy and Industrial Strategy to collaborate with the Chinese conglomerate Wei Xi Yew Kuming to design five massive domes to house the villages of Tittleham. The domes would be powered by sewage and connected to each other and the outside world by tunnels. Professor Ohm did not dwell on the costs of the project or the benefits it would deliver.

His contribution was followed by one from a chap called Jeremy who described himself as a broadcaster and philosopher. He was quite insistent that the solution was the abolition of all motor vehicles and their replacement by bicycles. An altercation ensued when an outraged Paul West, the esteemed Vice President of the Motorists’ Liberation Front, hurled abuse at the interloper. Only my timely intervention prevented fisticuffs. When the dog lunged at Jeremy he quickly departed the meeting on his bicycle and was last seen riding with his friends in the centre of the B7492 at the head of a two-mile queue of motorists.

Another contributor was Dan Swillenthorpe from the Little Tittleham Organic Bacon Co-operative. Dan supplies one of the tasty ingredients of the legendary Drunken Ferret club sandwich. He was very keen on surgical strikes by the Royal Air Force to eliminate the piggeries of Denmark. If that were not possible, he believed the only solution was a nuclear strike. As he said, ‘What’s the point of an expensive nuclear deterrent if it’s never used?’

Whilst I have some sympathy for Dan’s suggestion, and promised to pass it on to Raab at the FO, I fear it will be placed in the pending tray along with How To Stop Illegal Immigration and What To Do About Iran.

The final contribution came from Ingrid Calamity-Doom, formerly known as Peter Smith, who is the founding and sole member of the Tittleham branch of Extinction Rebellion. I cannot recall what Ingrid said and my secretary Catherine, who was taking the minutes, drifted into an unaccustomed afternoon nap as Ingrid spoke.

On adjourning the symposium I invited the participants to join Catherine and myself for drinks at the Drunken Ferret.

I intend to pass on the suggestions made at the meeting to Sharma, along with my recommendation that he builds several pop-up nuclear power stations in his Reading constituency.