NewsPaperthe art of publishing
HomeBBC WatchNever apologise – the Right must take a leaf out of bully-boy...
159 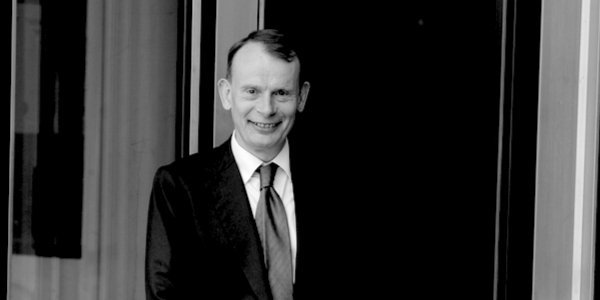 Labour’s bullying wins again – that’s the lesson according to the gospel of BBC One’s Andrew Marr Show. Welcome to the modern culture of hypocrisy, browbeating and cowardice. It was there for all to see on Sunday morning.

Following a week that saw the Conservative Free School campaigner Toby Young bullied into apologising and out of a job, and Tory MP Ben Bradley hounded over his historic tweets, selectively quoted and bullied into apologising, viewers watched in amazement as Labour deputy leader John McDonnell was let off the hook by Andrew Marr over his vile attack on Esther McVey, the recently appointed Work and Pensions Secretary.

Mr McDonnell was recorded in 2014 repeating calls by activists for Ms McVey to be ‘lynched’. Yesterday he insisted he had not been quoting the comments approvingly, and refused an offer by Marr to play the tape. ‘You don’t need to, I know exactly what was on it,’ he said.

You might well retort that it is a waste of the licence fee-payer’s money for the BBC to be stirring up this ‘offence’ agenda at all. But only if everyone were playing ‘even-stevens’ would you have a point. And that is not the clearly not the case. It is the Left, not the Right, that has so successfully ‘weaponised’ offence in the pursuit of its own bullying, anti-free speech, anti-democratic political agenda.

The aggressively driven modern Marxist Labour Party is succeeding in browbeating not just the Tories with its game of shame, but the BBC’s craven interviewers too.

‘Why is Marr giving McDonnell the option of choosing what audio he does and doesn’t play on his program?’ Hodges tweeted, soon to be followed by another bemused comment: ‘Marr asks McDonnell if he wants him to play audio or video of his attack on McVey. McDonnell says he doesn’t. So Marr doesn’t. Unbelievable’.

It was weird, Liam Halligan tweeted back.

But no, it was not. It was to be expected. It was a product of fear, as Hodges himself then went on to tweet: ‘I don’t think decision to cede editorial control was product of bias, but a product of fear. I’ve noticed, and commented on, this before. For some reason Marr producers especially sensitive to social media backlash from Corbynites.’

This is the crux of the matter. The entire culture of Labour in its modern Marxist form is characterised by bullying and hypocrisy. The Left, as US commentator Ben Shapiro pointed out a while back, no longer put forward arguments about the effectiveness of policies. Their only argument is character assassination, from which they seemingly have made themselves immune.

Well, it’s time to take a leaf out of bully-boy McDonnell’s book. Stop apologising. Face the Left down. Granted, not everybody is Jordan Peterson, and it helps if you are a genuine conservative. But for every right-minded conservative it does not need a degree in psychology to know this basic truth: stand up to the bully and he crumbles. And that people who are bullied also bully.

Here, as in the US, the Leftists took over all the major institutions as the rest of us capitulated. Now these institutions in turn, including the Labour Party itself, are being taken over by a much harder, more Stalinist and brutal Left than anyone could have conceived. The BBC is first in line to surrender, as Marr’s obsequious interviewing makes clear. He should look forward to how the BBC will function under a Corbyn government. He might find himself replaced by Paul Mason.

That is why it is so important that the Toby Youngs, Ben Bradleys et al of this world stop apologising now. Apologise and you are done for. It does not save you. Look at poor Professor Tim Hunt. Every apology is not just a surrender to silencing, but the surrender of democracy to totalitarianism.

The time for apologising is over. It’s time instead to walk towards the fire. If you are in doubt about what I mean I can only refer you to Ben Shapiro’s 11 rules for winning the argument, How to Debate Leftists and Destroy Them.

It’s the only way – and don’t rely on the BBC to help.

Share
Facebook
Twitter
WhatsApp
Email
Previous articleThought for today: Would you Adam and Steve it?
Next articleCorbynistas’ Nazi slurs against Tories do the homeless no favours