Never be complacent – the real lesson of the Holocaust 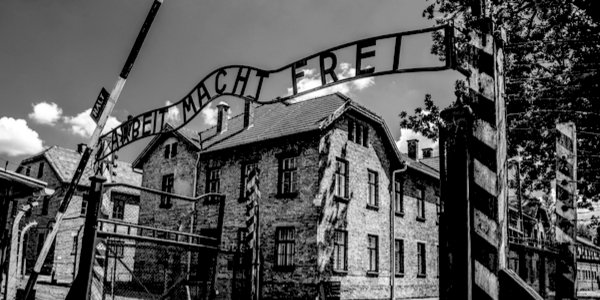 TODAY is Holocaust Memorial Day. Two years ago I wrote in its commemoration that ‘Yet again, we Jews face a fight for survival’. My assessment has not changed. If anything the situation has worsened. The Labour Party remains guilty of propagating the worst form of anti-Semitism since the Holocaust. One of its worst culprits, Chris Williamson, hypocritically lamented the Shoah a few days ago yet is happy to advocate the destruction of Israel.

Given Labour’s execrable inability last year to adopt the IHRA definition of anti-Semitism, British Jews are right to be fearful of a Jeremy Corbyn-led government. Although there is growing anti-Semitism on the far Right, the main threat to Jews comes from the Left and Islamism. Jews always need to be aware of where anti-Semitism stems from and combat it. None of us should ever be complacent in the face of this ancient hatred. That is the real lesson of the Holocaust.

The world is happy to pay homage to dead Jews but content to persecute the living ones. How sad that commemorations for Holocaust Memorial Day (HMD) take place at a time when it is becoming increasingly difficult to live as a Jew. When Jews are being attacked in the streets of London this faux sentimentality creates a hollow siren of mourning.

For Jews are no longer allowed to claim the Holocaust as their own. Those who have contributed to anti-Semitism disingenuously use HMD to shore up their credentials as Israel-haters. A promotional video by the Holocaust Memorial Trust tells the moving story of a Jew persecuted in Nazi Germany and shows the gravestones of murdered Jews. But the impact of this poignancy is diminished by the gratuitous and pointless scenes interwoven throughout of a Muslim woman being attacked. It exemplifies the cognitive dissonance pervading this day and all hateful discourse on Jews and Israel.

Our dead need to be mourned in peace without any political posturing. Erroneously pious proclamations from anti-Semites on this day do not make up for their anti-Semitism during the rest of the year. For them the only good Jews are dead Jews.

I want no part of them. I prefer to do my mourning in private. I pray for my murdered family, for all the perished and survivors still afflicted. I honour my ancestors, slaughtered in the Ukraine, who I will never meet. I mourn those whose life stories were extinguished too soon by this great evil. There are so few of us Jews left and yet again we are having to fight for survival and justify our existence.

I never thought I would write these words, but I am glad that my father, a proud Jew and a passionate Zionist, is no longer alive. No matter how much I miss him I am grateful he has been spared the pain of witnessing this appalling growth of anti-Semitism. He has avoided the anguish, emanating from our collective consciousness, when we witness yet another Jew taunted and victimised. His noble heart would have broken at the sight of Jewish students being violently assaulted by Israel-haters.

My father was born when Jews were being marched to concentration camps by the Nazis and their collaborators, dying children separated from grieving parents, bodies unceremoniously burnt into ashes with no one to say Kaddish for them, families herded like cattle into ghettos, and later on to trains, enduring inexplicable and astounding suffering and death. How furious he would have been at the arrogance of those who claim to commemorate our dead yet gleefully advocate the destruction of Israel and the death of even more Jews.

Once again Jews are being forced to pull suitcases out of attics and talk in hushed whispers around the dinner table about whether they should leave or not, all the while trying to ignore warning signs reminiscent of Nazi Europe. But the Holocaust has forged iron into our souls. More and more of us Jews are fighting back. We will no longer go meekly into the gas chambers.

Postscript: Holocaust denial exists even amongst the most well meaning of people. Comparing economic migrants to Jews fleeing the Nazis, or Donald Trump to Hitler, are both forms of soft Holocaust denial. Conflating any situation or politician with the Holocaust risks losing the impact and lessons of this genocide in a quagmire of ignorance and stupidity.