NewsPaperthe art of publishing
HomeNewsNever mind saving the world, how do we save ourselves?
0

Never mind saving the world, how do we save ourselves? 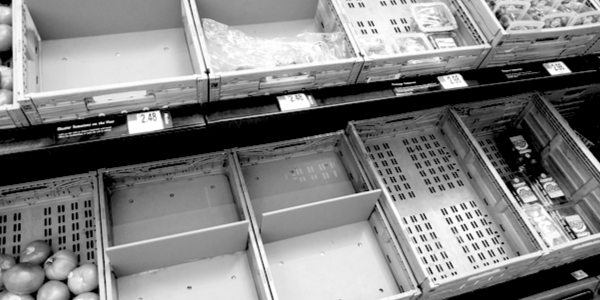 THE United Nations has sounded a ‘code red for humanity’ on climate change. There is a well-funded majority consensus among scientists that the globe is warming; not so much money, or liberty to speak, for the minority opinion.

What are we to do?

We in the UK have certainly done quite a lot. Governments of both colours have watched as our manufacturing industry shrivelled while the production was moved abroad. The service sector was already 69 per cent of the economy in 1990, but grew further to 80 per cent by 2018; manufacturing output over the same period fell from 17.3 per cent to 9.9 per cent.

I do not think we will maintain an advanced economy and generous welfare state by taking in each other’s washing but then, I’m not an economist, unlike the 20,000 professionals who failed to foresee the Global Economic Crisis.

The Chinese, on the other hand, have seen industrial production grow by an average 11.2 per cent per annum since 1995, and they are not going to stop. Their vast country has a long history of collapse and fragmentation and, like a fox with its tail on fire, they have to keep running. We must assume that they do not wish to pollute the air and build up CO2 for the hell of it, but the need for momentum leaves them little choice; the coal-fired power stations will continue to be built apace.

Transition to less polluting and more sustainable forms of energy production is a worthy objective, but it is obvious there will be huge costs involved in the changeover; costs that a steadily weakening economy like ours might not be able to bear.

We also need to look at physical reality instead of the fictions of GDP and the magic money forest that is papering over the irrationality of our privileged normal life. A 2015 article in Forbes by energy writer James Conca analysed Energy Returned On Investment, or EROI. This looks at how much energy it takes to make a unit of energy – a difficult calculation, because you have to work out everything involved, from soup to nuts. Conca find the returns on coal and gas are great, but have a limited future; solar, biomass and wind not so much, especially when you factor in the cost of energy storage. Oh, for the days when oil simply gushed out of the ground!

Doubtless technological improvements will raise the EROI, but even then it does not look as though renewables – even if they could satisfy all our energy needs – can come close to competing with nuclear power (with its dangers) or hydroelectric (for countries with lots of mountains and water).

It looks as though all our Western agonising over energy will not stop excess global CO2 emissions any time soon – assuming that humans are the major factor in this rather than, say, vulcanism.

We seem to have forgotten the lesson of King Canute: we can’t stop the tide coming in, but we can move further inland. That is, instead of trying to ‘save the world’ (what godlike arrogance!) we should think how best to save ourselves. If sea levels are going to rise, why are we still allowing property developers to build on flood plains? If we are to have longer spells of hot weather, why are we allowing our population to grow when our fresh water supplies are limited? If our crop production is affected by heat, or even by cold if Europe cools instead – a possibility, if the Arctic Ocean’s Beaufort Gyre collapses  – was it a good idea for the UK’s strategic food stockpile to have been scrapped in 1995?

In short, why are we not working urgently, long and hard on contingency plans and structural changes to reduce our vulnerability to shocks in the logistical systems that supply us with the essentials of life?