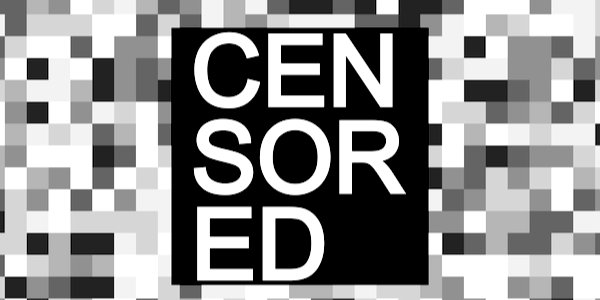 Many readers have expressed their concerns to us in writing about the British Board of Film Classification’s advice to three internet service providers – O2, THREE and EE – to block TCW  on the grounds of TCW’s inappropriate adult content.

Yes, you read that right. It is a decision that has not just impacted on readers’ access to our articles, but on our writers too, as Neville Hodgkinson explains here in his letter of complaint to the BBFC. He describes and takes issue with the impediment it puts in the way of open scientific communication and dissemination of important research findings.

We wish to make it clear that his letter does not constitute TCW’s response to the BBFC decision, which we will report on in due course. It is simply evidence of the impact of the decision; a clear and coherent argument in support of our need (like any other website) to communicate without censorship.

I AM writing to express concern about the handling of a complaint against The Conservative Woman (TCW – Defending Freedom) newsletter and website.

A recent finding that the site contained material that should be placed behind adult filters has resulted in global difficulties of access, at a time when some of the work of the site is of international importance.

The Conservative Woman is one of a handful of sites which almost from the start of the Covid crisis has been publishing articles warning of the huge economic and social costs of lockdowns, not least among them the largely unnecessary £500billion bill for UK taxpayers and the dangers of mass promotion of an experimental vaccine using a novel genetic technology.

These articles may have been an irritant to Whitehall, NHS and pharmaceutical chiefs, but the scientific and medical facts and concerns reported have mostly turned out to be accurate.

As a veteran medical and science correspondent, I could see that the panic was leading to many highly damaging mistakes in the handling of Covid and my own contributions were provided without charge for many months, when TCW was being run on a shoestring by a small group of dedicated women.  I now receive a small payment for intensely researched articles.

The service being offered by the site has grown in authority and popularity over the past 18 months, but it seems clear that despite a comments policy that expressly barred hateful and discriminatory language, monitoring of the 40,000 or so comments received each month was inadequate.

Following a BBFC classification restricting access at the beginning of May, the editors trawled through thousands of back entries to try to remove all offensive content.  They failed in this, though I understand that among the few remaining examples, some came from comments received a year or more previously.

They have shown every intention of fulfilling BBFC requirements and in these circumstances the continuing restrictions, which are having the effect of preventing large numbers of people from readily accessing the site, are themselves grossly unfair and discriminatory.

Hate speech is harmful to society, and of course steps should be taken to prevent it, regardless of the age of those exposed to it.  The site owners stress that the unpleasant comments cited in the complaint are certainly unacceptable, that they remove many such comments, but that these ones slipped through the monitoring net.

Obstruction of vital information that challenges official policy on matters of enormous importance to the health of the nation is also harmful.  Please see for example a report published on Monday this week, attached below.

My attempts to correspond with Dr Stephanie Seneff, a senior scientist at the MIT (Massachusetts Institute of Technology) and lead author of the paper, and other scientists are hampered by the restrictions, as and when they find that the links sent are blocked.

The obstruction is made worse by the fact that there is no indication from internet providers as to why access is denied.  The notice that comes up states that ‘an error occurred during a connection to www.conservativewoman.co.uk.’  It says nothing about it being an adult filter.

My complaint is that by keeping the current restrictions in place, unreasonably in view of TCW’s clearly expressed desire to meet your requirements on ‘hate speech’, you are adding to difficulties already experienced by many doctors and scientists in challenging Covid policies.

There are of course other major issues on which TCW is in effect being partially silenced, but this is one I know about and feel moved to act on.  It is a huge disservice and I hope very much that you will find a better way forward.