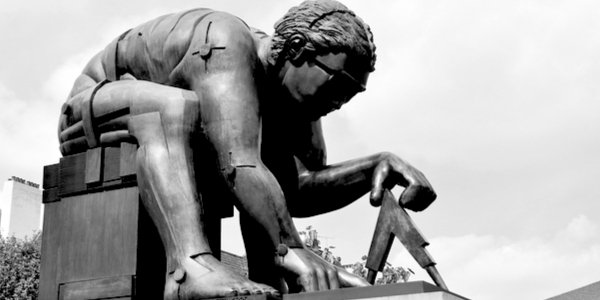 FROM Christopher Columbus to Sir Francis Drake, from Winston Churchill to Cecil Rhodes, the line-up of historical figures in the frame for alleged racist exploitation grows apace.

The latest to be targeted beyond the grave is Isaac Newton, the English scientific genius who revealed the workings of the universe some 300 years ago.

His offence? He ‘benefited from colonialism’, according to a revised curriculum reportedly under discussion for engineering students at Sheffield University.

Newton is among a group of pioneering scientists said to be cited in a draft copy of the university’s ‘inclusive curriculum development’, according to a report in the Sunday Telegraph,  followed up by the Daily Mail.

It is apparently part of a move to tackle so-called ‘Eurocentric’ and ‘white saviour’ approaches to science.

The accusation comes because Newton held shares in the South Sea Company, which traded in slaves. In fact, he is thought to have lost up to £40,000 – equivalent to around £4million today – when the company’s speculation ‘bubble’ burst in 1720.

So what now? How can the man who founded modern science with his inspired work in mathematics, mechanics and optics be posthumously chastised for this laughably tenuous link?

Perhaps outraged students could boycott the properties of the physical universe formulated by Newton in his epoch-making 1687 book Philosophiæ Naturalis Principia Mathematica.

Will we see undergraduates stuck to the ceilings in lecture halls as they become weightless after refusing to obey the law of gravity? And will apples be taken off the menu in the campus café?

I joke, of course. Instead, students should organise a protest against being presented with this ‘colonalism’ tripe, which is totally irrelevant to their chosen subject.

The best way might be to stage a practical demonstration of Newton’s third law of motion, which states that for every action there is an equal and opposite reaction – and throw it right back at their lecturers.