NewsPaperthe art of publishing
HomeNewsNiall McCrae: Bad boy Milo has a run in with the censors
62

Niall McCrae: Bad boy Milo has a run in with the censors 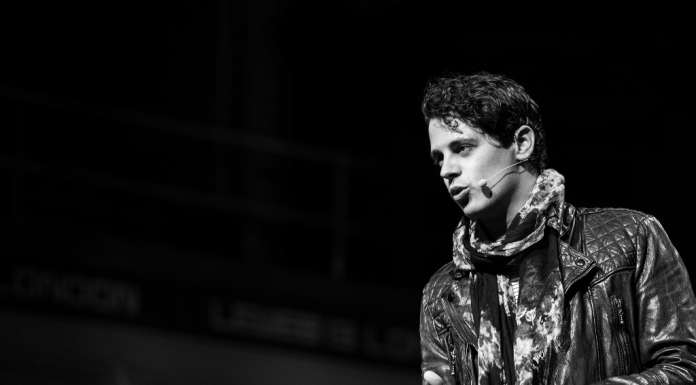 Mein Kampf is being rewritten for our troubled times, and it must be stopped! That’s shorthand for the view of 160 children’s authors, who have protested to Carolyn Ready, president of the New York publishing house Simon & Schuster. They want a writer’s $250,000 book contract with the Threshold subsidiary rescinded. Who is this ogre?

Well, it’s the baddest boy of Breitbart, Milo Yiannopoulos. A gay controversialist, Milo is a trenchant critic of identity politics and political correctness, his words laced with satire. The oh-so-tolerant children’s authors are not amused:

We do not have to accept or assent to this ‘Gleichschaltung’, this getting in line with fascism and making it mainstream.

Carolyn Ready, to her credit, defended the decision to publish, explaining that Milo’s book would contribute to a highly topical debate, and that it should be judged by the content rather than the author’s repute. However, she made clear that Simon & Schuster would not allow hate speech in any form, concluding:

Neither Threshold Editions nor any other of our imprints will publish books that we think will incite hatred, discrimination of bullying.

As a campaigner for free speech, I’m generally against constraints on people expressing their opinions, but more troubling is the one-sided application of such censorship. When Jules Gomes and I criticised gay extremists for what we saw as totalitarian behaviour, a pun used in our article caused outrage in LGBT media, who accused us of likening activists to guards in the gas chambers. Okay, we fell for Godwin’s Law. Yet it seems that the liberal Left can use Third Reich analogies at will. You voted for Trump or Brexit? – you’re a fascist. You want freedom to criticise Islam? – you have Nazi tendencies. Worried about mass immigration or foreign aid folly?…and so on.

It’s well-trodden ground to expose the hypocrisies of liberal luvvies and the Left, but something more serious is happening to our basic freedoms. Meeting a student union rep recently, I realised how much the odds are stacked in the favour of censors. This young man exuded much confidence in his judgment on what is acceptable and what is not, frequently citing the law of the land. These young idealists have indeed been given a weapon, and are using it to control speech on campus. But this extends far beyond the university, to all levels of the establishment, and to every organisation: intolerance is not tolerated.

So what exactly is ‘hate speech’? The concept of hate crime is an oxymoron because one’s thoughts, beliefs or feelings cannot be controlled by the authorities. But the law can be used to have the collar felt of someone who blurts out an undesirable opinion. This is a natural progression from the infamous McPherson Report, which determined that a racist incident is whatever a victim perceives as racist. Such circular thinking is better suited to Alice in Wonderland than legal logic. But it really applies – in the Britain of Magna Carta, John Locke, Habeas Corpus, the Suffragettes, you can be arrested for a mere comment.

If any of the children’s literati feels brave enough to read Milo’s book, they won’t have any difficulty finding offence. Because the medium is the message. At the first mention of Islam or transgender rights, Milo will be incriminated. The point of Dangerous will be missed: the author will surely make the case for freedom of expression, arguing that words are not of themselves a danger. But the title will be taken as provocation: Milo wants to endanger society. This libertarian’s book is raising the temperature, and it will come out at precisely 451 degrees Fahrenheit.