NewsPaperthe art of publishing
HomeNewsNiall McCrae: Britain’s female wage slaves follow in the path of the...
19 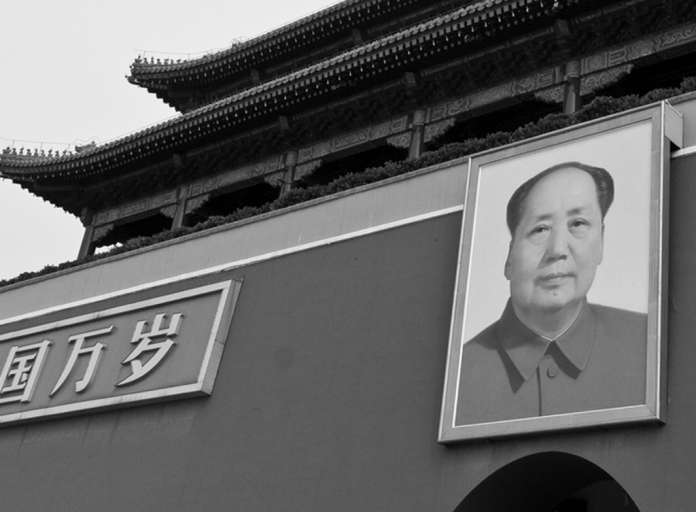 I have a good mother

She works in the fields;

She works so hard that the commune

Has presented her with a red flower.

Our mothers are all good.

For the benefit of our new country.

‘Progressive’ sounds good. But it implies a destination, and it is not always clear where so-called progress is heading. Sociologist Max Weber gave us the concept of the ideal type; enabling us to see how a social phenomenon appears in its pure state. Erving Goffman, for example, described a mental hospital as a ‘total institution’. Rarely does an ideal type exist in reality, but it can indicate the ultimate form if a pattern of development is allowed to prevail. I am using it here to consider absolute equality in the workplace.

Writers on this website, many of them male, are aware of the tumultuous history of female emancipation, and the second-class citizenship of women that persists in some cultures today. We are not discrimination deniers, but from a social conservative perspective we see the folly of enforcing ideological outcomes that rub against how people choose to live.

Throughout Western society, women are encouraged to play a full role in the workforce, and to reach the highest levels of government and commerce. Undeniably, the major battles for equality have been won, but feminists are as noisy as ever. The current focus is the gender pay gap; although this does not bear scrutiny as a sexist scheme, it has gripped policy-makers. The disparity cannot be rectified, it seems, unless women become the same as men – by freeing themselves from career-stunting childcare.

Let’s look back at a regime that controlled every aspect of citizens’ lives, thereby making socially desired goals achievable: communist China. In Sisterhood is Powerful, a 1970 anthology of Women’s Lib writing, American feminist Charlotte Bonn-Cohen lauded the ‘experiment in freedom’ under Chairman Mao.

For thousands of years China was feudal, ruled by a patriarchal dynasty. When the Communist Party took over in 1949, Mao saw women as a tremendous resource in building a Marxist society. The State needed women’s labour, so mothers were drawn out of their domestic niche. As declared at International Working Women’s Day, only through work would full emancipation be achieved. Marriage laws overturned male hegemony in the home, bringing the rights of wives into the twentieth century, but private life was disparaged as bourgeois and old-fashioned. Propaganda promoted female independence, leading to a surge in divorce. True happiness would be found in serving the people.

Yet in a vast rural land, Chinese government mandate was loosely applied in villages remote from the central planners. Women continued to look after children and home, while men toiled all day in the fields. In 1958 Mao decreed a mass mobilisation to industrialise China. The Great Leap Forward brought millions of men to the foundries, while women became the agricultural army. But men and women became interchangeable, whether in factories, farms or the Red Army. A typical poster displayed a woman in blue tunic with bulging biceps clutching an industrial spanner.

To bolster the revolutionary spirit, the Communist Party deterred women from marrying young. Mothers were relieved from the burden of housework by the creation of communes. A heroine was Wei Feng-Ying, an engineer who went straight back to work after giving birth. Grandma criticised her for putting her work first, but was persuaded by Wei to contribute to socialist construction by bringing up the baby. For Wei, breastfeeding was an encumbrance and a loss of months of labour. This case was presented at mass meetings across China.

Meanwhile, as illustrated by Jung Chang in Wild Swans, women were politicised as agents of the State, urged to watch their menfolk and to report dissidents; many a husband was summoned to a public denunciation meeting. Yet while officially equal to men, women lost control of their bodies. Partly to maintain female labour, China introduced its notorious one-child policy, leading to forced abortions. Mothers hated the communes, preferring the close family unit. It became clear that their trumpeted liberation was for the sake of their political masters, not themselves.

Readers may be perceiving some similarities with current trends in this country. For the government, more women at work equates to more tax receipts, not only from salaries but also from higher costs of housing and services. Communes are a reality for toddlers, who spend as much as nine hours per day in nurseries, an impersonal upbringing aided and abetted by the State. The condescending term ‘stay-at-home’ mothers is the parlance of BBC Woman’s Hour, which now seems embarrassed by its original audience. Denigration of marriage, fathers and traditional values continues apace.

Such progress may not bring pleasure. Bonn-Cohen at least acknowledged that women were still being told what to do, although by the State rather than husbands. Western feminists impose their own form of servitude, demanding uncritical support from their kind. A special place in hell, as Madeleine Albright said, is reserved for women who defy the cause. This is not tolerance, and it certainly isn’t freedom.

Share
Facebook
Twitter
WhatsApp
Email
Previous articleRob Slane: Iceland and Denmark flunk the test of a civilised society
Next articleLaura Perrins: The trans-agenda is worthy of a fascist state and must be stopped