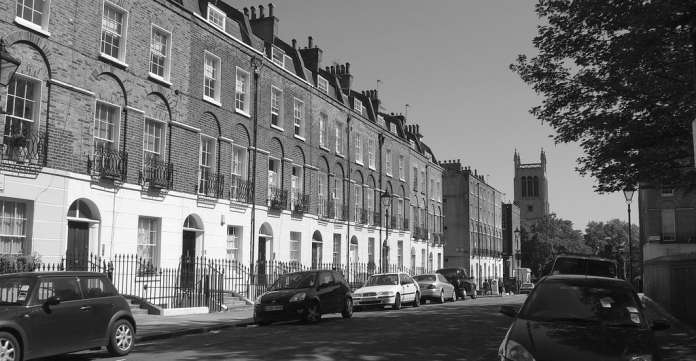 Men are from warring Mars, women are from welcoming Venus. Marriage is the great moderator, but with people staying single into their 30s and beyond, gender differences are perpetuated and this leads to extremism. Well, that’s the argument of columnist Ed West, writing in The Week. Perhaps this is the metropolitan mind at work, dichotomising society into progressives and reactionaries, but there is surely some truth in it.

The female pole embraces identity politics. Contrasting with the tolerance and emancipatory ideals of young women, the male pole is the ‘alt-right’, where men lower on the pecking order express their social inadequacy in aggressive online behaviour. Here, West displays the privileged middle-class view of his sex, lazily accepting postmodern belief in the inherent wrongs of masculinity.

In nature, the male of the species is the protector. But in contemporary society, white men have been enfeebled by laws, policies and educational brainwashing: officially, they have become the problem. Their pride has been pummelled in a culture obsessed with perceived racism, sexism and homophobia. Consider the systematic abuse of girls by men of Pakistani origin in northern towns: in the past, incomers would not have dared to violate vulnerable members of the host community. Nowadays, an angry bloke who tells the perpetrators to go back to the third world is more likely to be imprisoned than the hundreds of child rapists who the authorities failed to pursue. Swedish and German men stand back as their female compatriots are sexually assaulted at festivals by foreigners. White feminists have succeeded in disarming the macho male, but have exposed themselves to greater harm.

A running theme of mainstream magazine media is the shortage of suitable partners for career women. Indeed, the conflict described by West is an underlying barrier to budding relationships. Politics are best avoided on personal profile and first date, but a prospective couple could hardly have refrained from mentioning terrorism around the time of the Manchester and Borough Market attacks. In intelligent mating behaviour, the man must assume a politically-correct stance, as any hawkish line on current affairs might cast him as ‘not a very nice person’. The wise male suitor, therefore, shows his refinement by expressing concern about an Islamophobic backlash. The dating dialogue may be scripted as a charade of loving diversity, with a smidgeon of (unacknowledged) snobbery permitted alongside liberal guilt.

West’s analysis, however, is comparing apples and pears. Certainly there is strong groupthink in the female graduate stratum, but this applies to male alumni too. So who are the polarised men? For West to use ‘alt-right’ (a term of abuse by the liberal intelligentsia), he must mean a broader band of the political spectrum than a proto-fascist hinterland. Furthermore, there are too many confounding factors in any ideological difference between the sexes. As women approach two-thirds of university intake, education must be considered. But I suggest West is conflating gender and social class. In my experience, overt critics of liberal-left policy are more likely to be of lower socio-economic status. As in George Orwell’s 1984, the administrative class is most policed, while the plebs are relatively unconstrained. White van man tells you what he thinks.

As I have argued before about Brexit, educational attainment is no marker of common sense. Students’ idealistic platitudes about the EU contrast sharply with the real world of minimum wage hairdressers, care assistants and warehouse workers. Graduates tend to get better paid jobs, often in the professional ranks of the public sector, where they will be blissfully ignorant of the impact of neoliberal free movement on working class livelihoods.

Women vote for Corbyn because they have most to lose, West avers. This is somewhat simplistic, as polling data show a significant but not deterministic correlation of gender and support for a socialist or social democratic government. Again, the main factor is social class, not sex. The erstwhile representative of the workers, Labour is now dominated by prosecco-drinking politicians, members and voters. It is still a party of the masses, but now those with degrees rather than hammers and picks. Young middle class liberals want lots of free stuff that they really don’t need or deserve (for example, Sure Start was misappropriated by affluent working mothers).

The internet is a major influence on the ideological schisms of society. Social bubbles are created as a sanctuary from the overwhelming plethora of facts, thoughts and theory in cyberspace. As Yuval Noah Harari, author of the million-selling Sapiens: a Brief History of Mankind, told The Times newspaper: ‘New information is stressful so people retreat into communities who confirm what they already believe. This is why you get into echo chambers, people recycling the same information, becoming ever more polarised.’  With some trepidation I recently joined Twitter (@CraeNiall), and although I have a political mix on my feed (from Lily Allen to Anne Marie Waters), it’s readily apparent how ways of seeing are reinforced.

West’s article got me thinking about whether women are more inclined to fit in with their peers, and men more individualistic. Female inclusivity versus the selfish male. But millions of women voted for Donald Trump. If you live in a mid-West trailer park, or your husband lost his job in an autoparts factory when production shifted to Mexico, do you prioritise a first woman president, or vote for someone who promises change from a callous Washington system? And in Britain, where cultural Marxism and unsustainable immigration persist whichever party is in charge, it is erroneous to package anti-liberal dissent in male frustration.

Pundits should get out more. Don’t give the aloof liberal middle class too much respect. Richer and poorer, there’s plenty of socially conservative women out there, who identify themselves as British rather than SJW. They are no different from men in telling you that Angela Merkel’s open door to hordes of ‘refugees’ from Africa and Asia was abject stupidity, and that transgenderism is subversive folly. Not ‘alt-right’ – just sensible observations.

Share
Facebook
Twitter
WhatsApp
Email
Previous articleChris McGovern: Our exams’ watchdog is a toothless beast
Next articleAndrew Tettenborn: Are you a minority? Allow the Left to patronise you