NewsPaperthe art of publishing
HomeNewsNiall McCrae: Fed up with their pious posturing, I am dumping Kellogg’s
48

Niall McCrae: Fed up with their pious posturing, I am dumping Kellogg’s 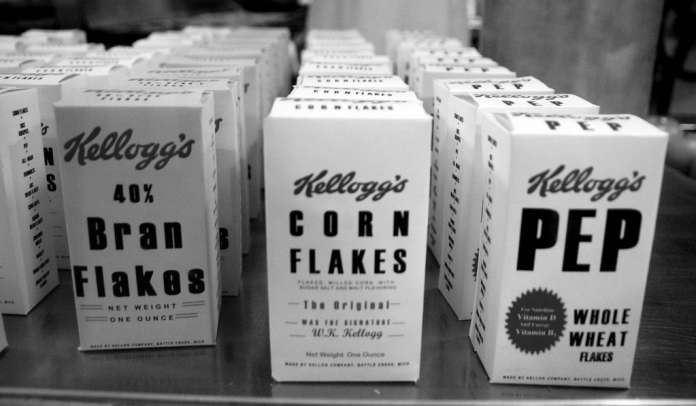 A headline in the Observer announced that Lego won’t be renewing its promotional activity in the Daily Mail. Reported with glee, this was attributed to the campaign ‘Stop Funding Hate’. This popular national newspaper, you see, has been writing too much about immigration, while supporting Brexit and other nefarious causes. Cue direct action by the ethically-minded progressive intelligentsia.

We often speak of Gramsci and the march through the institutions, and now private companies are bowing to leftist dogma. Capitalists exist to make profit, and they fear being named and shamed for any perceived moral lapse. But here’s some refreshing news: social conservatives are fighting back. If you have not seen the American political website Breitbart already, I recommend a stimulating addition to your daily scan.

Shortly after the election of Donald Trump, the shocked metropolitan elite looked for the causes of this outrageous outcome. ‘Fake news’, racism, misogyny – voters had been swayed by disreputable right-wing sources, and the biggest culprit was Breitbart. Such allegations have no more substance than calling the Daily Mail racist, but mud thrown in pious condemnation sticks.

The Left has had a stranglehold on mainstream media, and in managing societal discourse. Recent tactics are a flexing of the muscles of political correctness, but also suggest desperation after a year of shattering electoral reversals. I feel that history is on our side, but we must step up to the plate. Everywhere, from the attempts to stop Brexit, to censoring the news we read, the moralising forces are at work.

On a local mums’ Facebook site is a loud appeal for petitioners, imploring John Lewis and other leading companies to pull advertisements from the infamously hateful Mail. The likes of my wife joined the group to discuss all things childcare, but now regularly find hectoring political messages by zealots. These puritans never seem to consider that two can play their game – as demonstrated by Breitbart readers.

‘Dump Kellogg’s’ is the response to that company’s decision to stop advertising in media that ‘do not align with our values’. With millions of readers, Breitbart offers vast marketing potential, but cornflakes have morals. Instead of the usual supine response of organisations when attacked by the Left, Breitbart has raised the stakes. Its petition now has 400,000 signatures, and if all of them choose other makes of breakfast cereal, Kellogg’s will feel this in sales – already their stock value has been hit.

Kellogg’s may be bitten off more than they can chew. Impressive progress has been made in Britain by conservative websites such as The Conservative Woman, filling a gap left by the mainstream media, but Breitbart is something else. I keenly read the points and counterpoints by readers of my articles, but a typical total of 25 comments is dwarfed by the 25 thousand (!) often posted on a Breitbart story. What began as an alternative news website has grown into a massive phenomenon.

As for fake news, Breitbart turned out as the most accurate predictor of the American election. Meanwhile CNN and the New York Times shamelessly supported Hillary Clinton while castigating her opponent, abandoning any pretence of balance. Racist? No, but a much-needed critique of the destructive actions of Black Lives Matter. Misogynist? No, just a rational riposte to the extremes of campus feminism.

Petitions and boycotts are not normally my thing, but on the principle of freedom of speech, I added my name to the Dump Kelloggs campaign. Besides, I have always preferred Shreddies.