NewsPaperthe art of publishing
HomeNewsNiall McCrae: Heroes like Florence Nightingale should be venerated not deposed by...
14

Niall McCrae: Heroes like Florence Nightingale should be venerated not deposed by bigoted fanatics 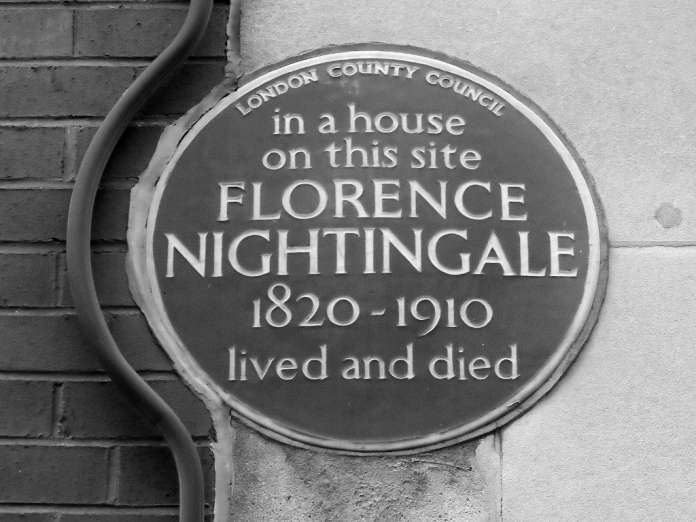 Why is my curriculum white? So asks Malia Bhouattia, the newly-elected president of the National Union of Students (NUS), and there will be more to hear from her. Bhouattia is at the forefront of a movement to overhaul the milieu and mission of academe. Assumed historical truth and past masters must be replaced by a more inclusive and anti-racist narrative. This is not restricted to removing symbols of alleged white supremacism such as Cecil Rhodes, whose statue at Oxford University was almost toppled by a campaign led by an African student (ungratefully, on a Rhodes scholarship).

Another target for the revisionists is Florence Nightingale. Shamefully, the reputation of ‘our lady with the lamp’ is in danger of being trashed, by the professional and political establishment of her own country. Back in 1999 the trade union Unison demanded that Nightingale be deposed as the founder of nursing, an honour to be bestowed instead on Mary Seacole.

In an editorial in 1996 for the Journal of Advanced Nursing, James Smith celebrated this ‘black British nurse’. Yet as respected historian Lyn McDonald recently argued in the same journal, Seacole was neither British nor black, and only vaguely a nurse. Being three-quarters white, with Scottish parentage, she did not consider herself black; her husband was white and she mixed in predominantly white society.

Her memoirs of 1857 frequently referred to black people in derogatory language, although perhaps this was internalised prejudice. Seacole was a businesswoman, a herbalist, and (in her term) a ‘doctress’. Having a wealth of assets in her home country of Jamaica, her visits to Britain were initially for the purpose of managing her gold stocks. Encouraged to help the war effort in Crimea, she ran a catering service for officers, gave remedies with or without payment to those in need, performed first aid at the battlefield, and served tea and lemonade to wounded soldiers awaiting transport to hospital. Undeniably she was a talented and compassionate woman, but she never worked in a hospital. Seacole eventually settled in London, dying there in 1881.

Yet the quest to elevate Seacole to the highest pedestal gained momentum. In 2006 she was named as one of ten ‘great Britons’ for a series of postage stamps. Nightingale was conspicuously absent, and she was also sidelined in a quartet of pioneers of healthcare in leadership program launched by the Department of Health in 2013. The elite comprised Edward Jenner (discoverer of the smallpox vaccine), Elizabeth Garrett Anderson (the first female dean of a medical school), Aneurin Bevan (Labour minister who brought the NHS into being), and – you’ve guessed it. Worship of Seacole was pushed by the Royal College of Nursing, and productions by the BBC and Channel 4. Roger Watson, editor-in-chief of the Journal of Advanced Nursing, was heavily criticised for publishing McDonald’s expose. He invited critics to present counter-evidence, but after two years none has been offered.

Subversion of fact by identity politics is an inevitable consequence of self-esteem programs such as Black History Month. Here was Nightingale: white, privileged, and over-rated; and there was Seacole: black, disadvantaged, and under-rated. Understandably, there is a need for a black role model in a multicultural workforce, but this should not come at the price of historical truth. To eclipse Nightingale as the mother of nursing would be a travesty, and a scandalous manipulation of truth for ideological ends.

Seacole has no link to St Thomas’ Hospital, the globally-renowned site of Nightingale’s system of nursing and nurse training, but a fabulous statue of her will soon be built in its forecourt. The government pledged £240,000, from banking fines. Could it get any better? Well, yes – inevitably Sadiq Khan, the new Muslim mayor of London, will feature prominently in the unveiling. The script is probably already written.

The upending of Nightingale illustrates a broader trend to doubt all British history. ‘Pale, male and stale’ figures must be brought down, but virtuous notions of equality are skin-deep. In 2015 Goldsmiths College student welfare and diversity officer Bahar Mustafa was arrested for allegedly tweeting the hashtag #KillAllWhiteMen. Mustafa, who had earlier graduated at Goldsmiths with a degree in (wait for it) Gender & Media Studies, denied the charge, but refused to distance herself from the message, arguing: ‘I, as an ethnic minority woman, cannot be racist or sexist towards white men, because racism and sexism describe structures of privilege based on race and gender.’ Timid universities fail to confront divisive characters like Bahar, who are blatantly unfit for office.

There are, however, signs for optimism. The NUS is in crisis after electing Bhouattia, who reinforces media portrayals of an archipelago of petty Napoleons foisting their political causes on a captive audience. Alongside a steady stream of reports of censorship at universities around the country, while extremist speakers are welcomed by Islamic societies, a maelstrom of anti-Semitism on the Left has been exposed. Bhouattia, who had described her alma mater of Birmingham as a ‘Zionist outpost’, suddenly found herself on the receiving end of allegations of racism. Her election is the final straw for some student unions. On 9th May the University of Lincoln students were the first to disaffiliate from the NUS. Students are troubled by perpetual grandstanding on broad political matters of no direct relevance to student welfare.

Inevitably a new association will emerge, which must reverse the damage wreaked by the NUS. Meanwhile, instead of pandering to the ideological whims of student agitators, universities should promote pride in Britain’s contributions to the world – its liberal and democratic values, and its great innovators and reformers such as Florence Nightingale. Now, that would really be ‘progressive’.