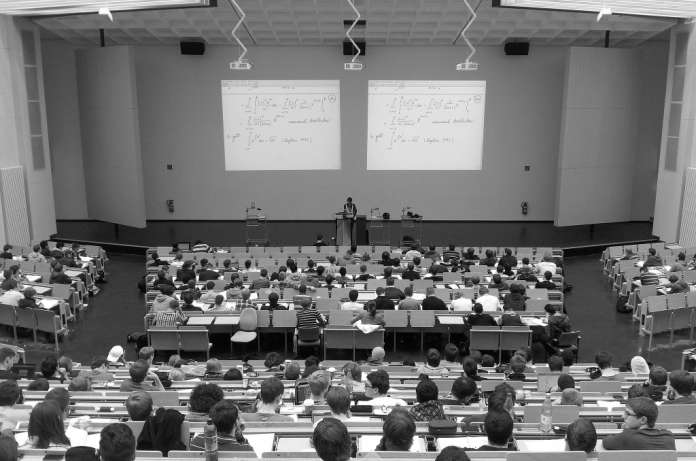 Allow me to introduce Yasmin. From an educated family in a relatively liberal, middle-class district of Karachi, she came to London with her father after he divorced and renounced his faith. While remaining Muslim, she has also dabbled in Catholicism and Buddhism. Intellectually sharp, articulate and philosophically inquisitive, Yasmin should be the ideal university student and medical trainee.

But she is a critical thinker, whose questioning attitude has sometimes clashed with prevailing ideology. Recently she criticised an assignment on care of LGBT patients. Perceiving this as a box-ticking exercise and a blunt application of identity politics, she argued that all patients should be primarily treated as unique human beings.

In private conversation with another student, Yasmin told of an acquaintance who had been troubled by his same-sex attraction, due to his devout religious beliefs. The Stonewall report used for the teaching session implied that any attempt to quell latent homosexuality was unethical, but Yasmin saw this as denying personal choice. Her remarks were divulged to other students, several of whom reacted with verbal savagery (I have seen the tweets): –

You are obviously a completely intolerant c**t.

Struck by this abuse, and fearing that she might fail the assignment for straying from script, Yasmin saw the course director. After being shown the messages, he explained to Yasmin that anger is a positive force in pursuing just causes. He was baffled by her assertion that society shouldn’t deny truth because some people have eggshell skulls and are easily offended. He didn’t get where he is today by making candid observations. Yasmin was basically told: if you can’t beat the social justice warriors, join them.

Frustrated by this civil but futile meeting, and feeling that her freedom of conscience was threatened, Yasmin consulted a Christian medical association. The advice was like a sigh of despair: ‘Unfortunately there seems to be little room for dissenters nowadays, and the way people react is often to shout down others who haven’t got with the programme. This is of course unacceptable and an irony when you are being criticised for intolerance.’ Yasmin’s pledge to approach each patient with compassion and respect is consistent with GMC guidance, and also with Biblical teaching. But for her sake, this faithful doctor did not encourage fighting the system.

In raising Yasmin’s plight, I should emphasise that I have numerous gay friends, family members and colleagues who I value highly, and in my writing I have opposed discrimination against anyone because of their sexuality. My quarrel is with absolutists who refuse to accept other people’s rights to an opinion on their increasingly strident and uncompromising dogma. From my knowledge of Yasmin, it is grossly unfair to mark her as a bigot, and to doubt her ability to work with LGBT patients.

Last year Felix Ngole, a Christian social work student, was ejected by University of Sheffield after comments on Facebook against gay marriage. The High Court is reviewing this decision, and I hope that it finds the university in breach of its duty to protect diversity. In my field of nursing, a student exhibiting a prejudicial attitude to patients of particular identity would be challenged, but to express an opinion on the sanctity of marital rights hardly crosses this threshold. Indeed, Mr Ngole’s belief is not only that of fundamentalist Christians; it remains a mainstream (although no longer a majority) view.

Public shaming is now a frequent occurrence, as minor transgressions are blown out of proportion by the militant fringes of the LGBT lobby and their supposedly liberal allies. Look at how Lib Dem leader Tim Farron, who declares his Christian faith, was castigated for his failure to repudiate Scripture on homosexuality. After the successful legal case against a bakery for refusing to produce a cake bearing a gay rights slogan, veteran campaigner Peter Tatchell voiced unease; such aggressive action denies the very freedom for which he has been fighting since the 1970s.

Overzealous and intolerant standard-bearers should take a step back, and consider what it’s like to live in societies where only one set of beliefs is permitted, such as certain communist regimes or hardline Islamic republics. City of Lies by Ramita Navai, for example, tells of surviving in the gaze of the mullahs, where self-expression can lead to torture and execution. Such places are typically hostile to homosexuality, but it would be mistaken to think that oppression always comes from the same direction.

We’re a long way from dictatorship, but totalitarian tendencies are readily apparent in the reactionary zeal of radical activists. You can sense the thrill of denunciations on Twitter, petitions or reporting someone to the authorities.  Nonconformists like Yasmin, who refuse to follow what Melanie Phillips termed ‘coercive virtue’ on campus, risk being dehumanised. No need for argument: opponents are morally repugnant and beyond reason. Democracy and freedom of speech, the bedrocks of a civilised society, mean nothing to students who cannot see the irony of their self-ascribed values of tolerance, equality and diversity.

Diversity has become an ideological distortion. Its essence should be in the breadth of ideas, not in identities. A truly diverse academic community encourages fair representation of ethnicities, gender and sexual orientations by welcoming differing perspectives. Liberal education, the purpose of university as described by John Henry Newman in the nineteenth century, is stifled by the sensitivities of identity politics. No group deserves favoured status and a virtual safe space immune to critique.

We in academe should make a stand for true diversity. There is no place at a high seat of learning for book-burners or a latter-day Spanish Inquisition. University authorities, by appeasing agitators, are shoring up future problems as identity groups inevitably come into conflict. Within reasonable limits, students and staff must have a right to express their beliefs. Otherwise administrators will be tangled in interminable disputes over whose rights trump others. Freshers should be made aware that they are joining a mixed community of people with beliefs that may differ to their own. Diversity should mean how academia thinks, not how it looks.