Niall McCrae: Labour MP Caroline Flint is a hero of the Brexit revolution 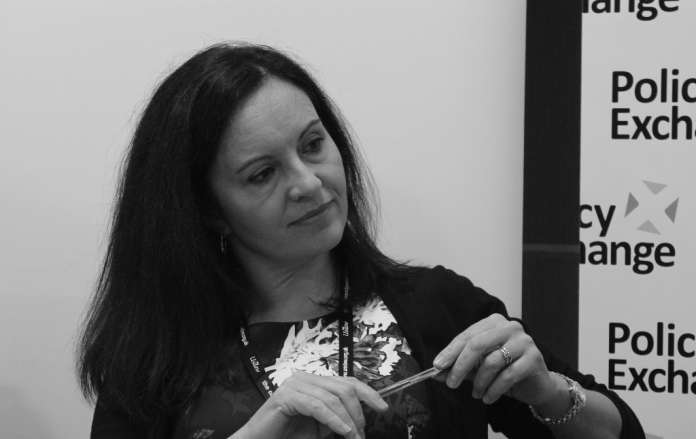 Labour MP Caroline Flint is fired up. And this is why. It’s a talk at Policy Exchange by Professor Richard Tuck, a leading political analyst at Harvard. He’s an intellectual sophisticate, who challenges the audience with a stimulating lecture, taking a broad historical perspective before focusing on the present dilemma of Britain’s faltering exit from the EU. ‘Brexit: a Prize in Reach for the Left’ is a revelation.

In the afterglow of Jeremy Corbyn’s electoral success, ex-Newsnight business editor Paul Mason said something very instructive about the Left and Brexit. All those MPs who want a social democratic centre-right Labour committed to staying in the EU should pack their bags and start their own party. This from the man who recently produced an anti-Brexit play at the Young Vic theatre. Mason’s comment didn’t get much coverage on mainstream news, which is fixated on Tory troubles in honouring the plebiscite against a powerful Remain establishment. But the wind has turned, and the fickle young are fleetest of foot. Did you see many EU flags fluttering at Glastonbury this year?

Everyone knows Corbyn is no EU fanatic. But Labour is on the cusp of power, with a weakened Tory government that could topple at any moment, whether by internal strife or a ‘dear boy’ event that becomes the tipping point. Exploiting the discord in May’s cabinet and the tortuous EU negotiations seems an open goal. But that would be a major tactical error for Labour, according to Professor Tuck. Short-term gain from demanding a softer Brexit would come at a heavy price for Corbynite socialism.

Nationalisation of utility companies; barring private companies from NHS contracts; an industrial strategy that favours local workers. None of these are feasible within the neoliberal EU superstructure. Student debts cancelled? Under EU law, this would mean putting public money into the pockets of lawyers and other rich alumni of British universities living lavishly on the Continent.

Since Jacques Delors lured trade unionists to Brussels and Blairite Labour turned to global capitalism and open immigration, the EU has been seen as a bulwark of workers’ and minority rights against our own democratically-elected Parliament. Particularly when the outcome of democracy is a Conservative government.

Khalid Mahmood, MP for Perry Barr, disagrees with the lecture. We should stay in the EU, he opines, thereby ‘locking us in’ and preventing the benefits of a Labour government being overturned by a successive Tory administration.  He’s given short shrift by Tuck. The idea of denying the electorate a right to change their minds is dangerous. Totalitarianism often begins with a slim electoral win, reinforced by increasingly oppressive measures and eventually ending in poverty, corruption and violence: Venezuela, for example. Mahmood appears to see democracy as a means to an end.

The closing address is by ex-minister of the New Labour years, Caroline Flint. As Don Valley MP, her local campaign for Remain was hammered, with immigration the overriding concern. You can imagine exasperated shoppers in Frenchgate, asking her: ‘Why must we keep letting these people in, taking our jobs and homes?’ And now Flint not merely accepts Brexit, but is an active proponent for our departure. Having listened and learned from her constituents, she has no time for Labour people who want the most destructive outcome for the EU exit. Try putting that on an election leaflet, she quips.

Flint lampoons Tony Blair, and while omitting any mention of her party leader, she clearly agrees with Professor Tuck that Corbyn gets it on Europe, and Starmer doesn’t. Her startlingly honest appraisal of the recent election suggests that Corbyn is right on Europe but wrong on northern working class sentiment. This segment of society turned to the Tories in their droves: the mining town of Mansfield and the steelworkers of Middlesbrough flashed up on the BBC screen as ‘Con Gain’. Remarkably, the Beast of Bolsover was nearly dethroned by the Tory nemesis. If Labour devotes itself to the privileged middle class and minority rights, it will fall short at the ballot box (by the way, how does students stealing second votes look to poor tenants of Doncaster’s Hyde Park?).

In a stark message, Flint urges her party to commit to Brexit, and end free movement. For too long Labour has been dominated by hectoring headmistress types who try to mould the electorate into the correct viewpoint, forgetting that they serve us – not the other way around. If Labour fails to tap into the thoughts and fears of ordinary folk, a new party of the Left will emerge. As Flint speaks I’m thinking of Anne Marie Waters, director of Sharia Watch, who has put her hat in the ring for Ukip leadership – again, uncovered by the mainstream media, but a soaring internet phenomenon.

There is nothing extreme in fulfilling voters’ wishes. Instead of the divisive and disgraceful insults about pig-ignorant Brexiteers in towns that time forgot, Flint comes across as a genuinely representing her people in Parliament. Unlike those metropolitan liberals incongruently based in safe Yorkshire seats, Flint has grounded herself in her community. Good on her.