Niall McCrae: Older wise women will swing it for Brexit 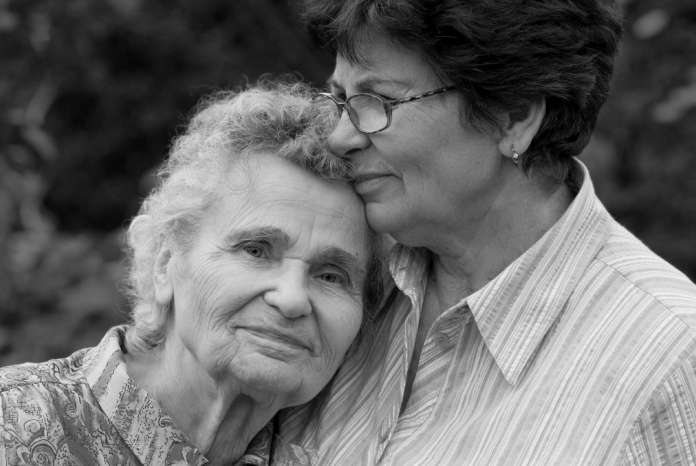 Who will determine the result of the EU referendum? Whether it’s immigrants, students or women, The Guardian never lets an election pass without a sweeping statement about the emerging strength of a segment of the electorate. I have always doubted this rhetoric: first because it suggests one person’s vote counts more than someone else’s; and second, because it reeks of identity politics.

Left-wing parties have always assumed that they represent the values and aspirations of disadvantaged groups. Harnessing ‘block votes’ is a vital strategy of the Democrats in the USA. In kaleidoscopic London, Sadiq Khan will prosper in the mayoral contest, regardless of his links to extremism, because he readily appeals to migrant communities and particularly the vast Muslim populace (while his rival may be cast not only as a Tory toff, but also a latent Jew). Voting may be individual choice, but it is laden with loyalties to one’s kind. Hillary will warn of a special place in hell for women who defy her bid for the presidency.

Constituting significantly over 50 per cent of the electorate, women are often prioritised in pursuit of a democratic mandate. They are thought to be more concerned than men with public services, particularly health, welfare and schools, with an implied orientation to the social justice policies of the Left. Of course, this is simplistic, and gimmicks like Labour’s pink bus at the last general election are patronising to womankind, which spreads across the political spectrum as much as the male electorate.

Nonetheless, the pro-EU camp thinks that female voters will sway the result in their favour. We are told that women think more carefully about the risks of Brexit and how it would destroy rights for equality in the workplace, and harm their children’s future. Such faith in a bureaucratic empire that subverts parliamentary democracy may be expected from voters on the Left, who would instinctively prefer the EU to our own (Tory) government.

But are women on the centre or right also being persuaded to remain? Polls indicate that people are prone to Project Fear, which has dominated the EU debate. As positive messages for Britain unleashing itself from Brussels do not seem to get through, the case must be made that staying in the EU is actually the riskier option. And this is where older, socially conservative women will play a leading role.

The generational divide is illustrated by this typical scenario. The mother struggling to get her children into the local primary school thinks that the obvious answer is to expand capacity. Her mother suggests that we would not need those Portakabins on the sports field if immigration were reduced. And perhaps we wouldn’t hear so much east European language at the school gate. How embarrassing, thinks her daughter, of such prejudice. Yet while the younger women’s view is idealistic, her mother speaks of a glaring reality.

Free movement of people may suit virtue-signalling, but it has severe impact on the sustainability of schools and hospitals. Expanding the European project to Turkey, with its border deep into Asia, will bring great swaths of incomers riding on their EU ticket. The risk of terrorism will undoubtedly rise. Meanwhile, as the tentacles of the EU strangle sovereignty in the relentless march to supranational uniformity, it seems unlikely that our National Health Service model will be chosen over that of the 27 other member states. Is remaining really the safer option?

In the Scottish referendum in 2014, the key constituency of older women kept the UK together, saving high-spending Scotland from economic and social turmoil. We are warned of similar dire fate for Britain’s independence from Europe. This suggests that women of socially conservative disposition will choose the status quo, but I think this is a false equivalence. In voting against separation, the Scots were not abandoning their identity. In England, many older women see their daughters (and their sons) disowning their nationality, culture and heritage, and see the road to serfdom.

Crucial to the coming referendum is the generational difference in voting behaviour in women. While the older female electorate fulfils its obligation to visit a polling station, a high proportion of younger people are not so keen, preferring instead to register their views as ‘likes’ on social media. So we might be saved by wiser women, who despair at Messrs Cameron, Osborne and Corbyn selling out to the EU. They will wake up on 23rd June and think: this is our country, not theirs to give away.

Share
Facebook
Twitter
WhatsApp
Email
Previous articleNick Booth: Brighton Council should be banned from working with children
Next articleDeirdre Boyd: Strip away the spin and the world has again trashed drugs – thanks Russia and Iran