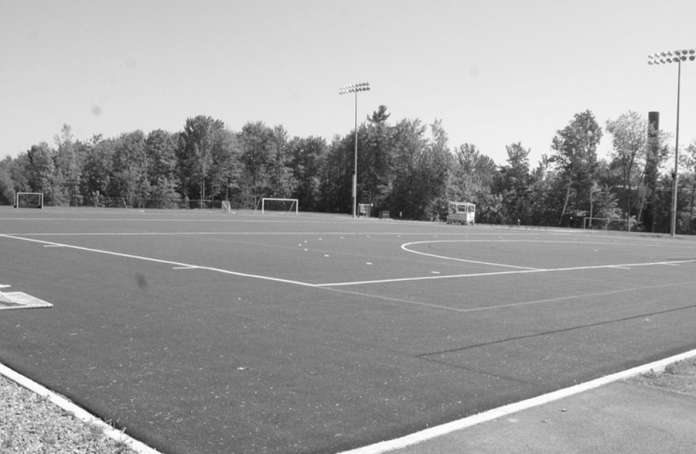 You hear so many health scares nowadays, and I am sorry to add to the cacophony. But I feel it is important to alert you to a potentially serious hazard in the sporting arena. You want your sons and daughters to be fit and healthy, and not to spend too many hours on their digital devices. So if young Jack has taken to football, that is surely good. And while it has added to your chauffeuring and laundry burden, the kit is not covered with mud, mud, glorious mud. There is nothing quite like it…when the grass has been replaced by plastic. And that is why, imperceptibly, Jack is raising his risk of malignant disease.

You may not be fully aware of the rapid transformation that is occurring in outdoor sports facilities. In just a few years, hundreds of acres of grass turf have been ripped out and replaced by artificial pitches. I became aware of this at my local football team, Carshalton Athletic, a minor club with a loyal community support. Perched on the terracing on a Saturday afternoon I would gaze over a swath of greenery that I thought would survive the onslaught of surrounding development. How wrong I was.

Against the wishes of supporters, the entrepreneurial owner decided to install a synthetic surface. There is money to be made in all-weather pitch hire, and not surprisingly many small clubs have taken the same route to financial safety. Vast sums are pumped in by the football authorities and Sport England to fit the costly carpet, enabling threepence-ha’penny outfits to enter a brave new world. With advertising revenue from manufacturers, the bulletins of lower league football have become propaganda for the plastic future. This is a booming business.

Synthetic sport surfaces have developed considerably since the infamous astroturf laid by some football clubs such as Queens Park Rangers in the 1980s. Terms such as ‘plastic’ are eschewed in favour of the euphemistic ‘3G’ (third generation). The new pitches reproduce the natural bounce of grass, a technological achievement that has banished earlier doubts. But the spring in the surface is highly toxic.

When Carshalton Athletic started using their 3G surface, spectators observed a strange dust when players tackled. Whenever their youngster returns from playing on a plastic pitch, parents find a multitude of tiny pellets in shirts, shorts and socks. They may look benign, but this grey substance is actually a concoction of waste products (mostly rubber tyres), with arsenic among the ingredients. These pitches are a bountiful enterprise for the petrochemical industry, but not so beneficial for boys and girls who ingest the toxins.

Lewis Maguire was a promising goalkeeper, and at age 16 he was invited to trials at Leeds United. However, during this exciting fortnight he became sick, and in hospital he was diagnosed with Hodgkin’s lymphoma, a cancer involving the white blood cells. Having heard of reports linking such disease to synthetic pitches, his father Nigel took early retirement from his post as chief executive of NHS Cumbria to pursue the matter. Nigel has had wide media coverage for his campaign, arguing that no more of these surfaces should be laid until the risk has been properly investigated. In the Telegraph he warned of ‘an industrial scale experiment on the health of our children’. But he has faced a brick wall from the British establishment, with Sport England stating that research has found no evidence of harm.

Is 3G carcinogenic? Amy Griffin, goalkeeper for the USA women’s team, became aware of several players diagnosed with cancer, and began to gather information. Of 166 cases known to her, 102 were goalkeepers. This may be because they are the players who dive and fall most frequently in a game, often getting a mouthful of rubber crumbs. Youth sport in the USA draws great investment, and synthetic pitches are ubiquitous. A University of Washington study found hundreds of American footballers who mysteriously lost their vitality to chronic illness.

After a recent television documentary cast doubts on an earlier government-sponsored report showing plastic pitches were safe, the Dutch football body, in contrast with its British equivalents, has acknowledged the danger. 3G pitches are being removed in the Netherlands. Gianni Infantino, president of the world authority FIFA, demanded a scientific investigation, opining that grants for football development should be directed to good old grass. Meanwhile, throughout Britain massive resources are being used to lay ever-larger synthetic sport grounds over parkland; nearby trees are cut down and once open spaces are criss-crossed by high fences. The concern is not merely the sentimental loss of nature from children’s lives. Numerous young people are suffering from this complacent march of progress.

So I appeal to you to look out for proposed plastic pitch installations in your area, and submit opposition to your council. Let’s lobby with Nigel Maguire for a moratorium on these artificial surfaces until robust research has been completed. Your children’s lives are more important than petrochemical profits.