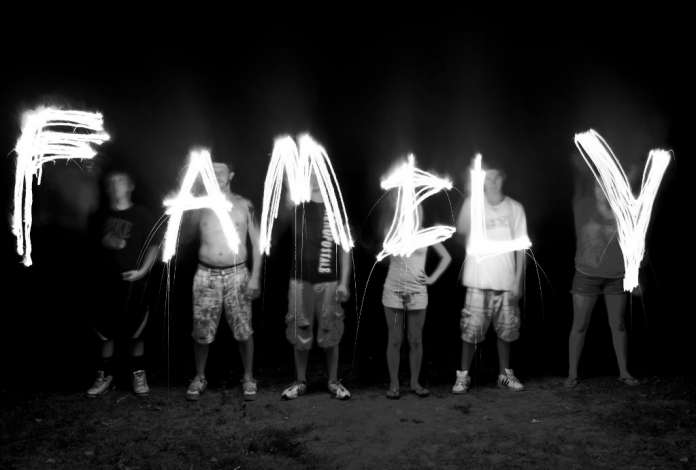 Though not taking instruction from Rome, I occasionally buy the Catholic Herald. The writing is of high quality, with cerebral discourse on current affairs and philosophical musings – like a divine Spectator. In last week’s edition was a thought-provoking account of a spiritual journey by Sohrab Ahmari, with profound messages for those who are concerned for the human condition in a globalised but fragmented society.

As a child in Iran, Ahmari rebelled against Islamic discipline. He was raised in a Tehran middle class that disparaged piety as the way of the dullard, but the religious authorities had a tightening stranglehold. Emigrating to Utah, Ahmari was surprised to find an America not of Hollywood movies but of a peculiar sect with a creed as stultifying as he had left behind. Amid the Mormons he was lured to the quasi-religious path of Marxism, becoming a hardline Trotskyite. After many years of fighting the established order, he dabbled in evangelical Christianity. This summer, a priest in a rural parish of France was murdered by fanatical Islamists. The martyrdom of Father Hamel was the cue for Ahmari to end his odyssey, and he declared his conversion to Roman Catholicism.

In telling his story, Ahmari described a search for meaning, progressing from Thus Spake Zarathustra through the Frankfurt School to neo-Marxist dogma. Although some of the arguments were compelling at the time, none presented a truth that could endure the test of reality. The more recent the thesis, the less robust it appeared, and Ahmari began to turn to classical philosophy. Whereas recent socio-political movements such as communism had treated human beings as means to an end, individual freedom was a theme of the Greek and early Christian thinkers of yore. And as much of the philosophy of previous millennia was infused with spirituality, Ahmari found himself returning to the Abrahamic cosmos he had previously rejected. Christian faith was very different, though, from the subservient collectivism of Islam. Here was individual dignity, and free will to fulfil one’s potential.

Readers of this website probably span the spectrum of belief. I guess many are near the midpoint of Richard Dawkins’ Likert scale, between the poles of strong atheism and conviction in the existence of God. But social conservatives share with religion a sense of timeless morality. Although accused by Nick Clegg of trying to preserve the 1950s in aspic, or of coveting Victorian values, our principles are built on much older foundations. Technological advances sometimes trouble us because humanity should be steered not by what we can do, but what we should do. As warned by Jewish existentialist philosopher Martin Buber a century ago, our lives are increasingly of ‘I-it’ rather than ‘I-thou’ relations, and objectification may justify dehumanising acts. One does not need to be Christian to oppose fatherless babies by design, unlimited abortion, medically-assisted suicide, and replacement of human contact by automated services.

In a Venn diagram, we overlap with Judeo-Christian virtue, but the latter also shares space with the progressive sphere. The plight of refugees is regularly raised at the pulpit, and congregations are reminded of their Christian duty towards the multitudes on the move. Borders are barriers, but all are welcome in the kingdom of God. While such altruistic appeal seems morally correct, it denies the needs of those expected to do the welcoming, such as social stability and national identity. Whereas social conservatives would argue for safe havens in refugees’ own regions, our religious leaders differ little from the socialist workers in advocating open doors. The Church of England is now a bastion of liberal-Left apologia, while Pope Francis is turning the Vatican into something akin to the EU or United Nations. Yet biblical teaching does not lead to hordes of passive recipients of aid: give a man a fish and he will eat for a day; give him a fishing rod and he will eat for life.

Humanity needs a balance of constancy and change. By definition, social conservatives are resistant to change, and they sometimes lag behind society before accepting new norms. Progressives have good intentions, but like youngsters fixated on their smartphones, they are not looking where they are going. Unwittingly, they might be paving a road to Hell. Our Judeo-Christian heritage helps us to be tolerant and not too insular, but it also acts as a bulwark to the radical elements of society.

Whenever I hear people declare themselves as progressive, I want to ask – where to? The most dangerous people are those with absolute certainty of their ideology. Opponents must be crushed. In the current internecine strife in the Labour Party, moderates are like the bourgeoisie persecuted after communist revolutions. The hard Left wants to purify society (as illustrated by the t-shirt slogan ‘Tories are lower than vermin’). On current electoral patterns, there’s a lot of guillotining to be done, come the day.

Ironically, progressives know what they like and dislike, yet their destination is unclear. Equality – simplistically appealing, but what is the ultimate goal? Sohrab Ahmari described his mistake in choosing soulless determinism over a higher plane of consciousness: –

Camus and Sartre, my existentialist heroes, disagree over what to do in this meaningless world. Camus favoured a personal and situational ethics over grand political projects. Man’s tragic destiny, the fragility and absurdity of his life, lent him a certain dignity. Sartre, the communist, thought it was class struggle that opened the way to man’s true ground of freedom and commitment. I went the Sartre route.

Our search for meaning goes on. It may be elusive, but at least social conservatives can derive a sense of purpose in what they know and love: not only the family but also their community, culture and country. Progressives embark on routes potholed with unintended consequences, and too often society is led astray. We should be more challenging of so-called progress. For it is not always the path of true virtue.