Nice face, shame about the socialism 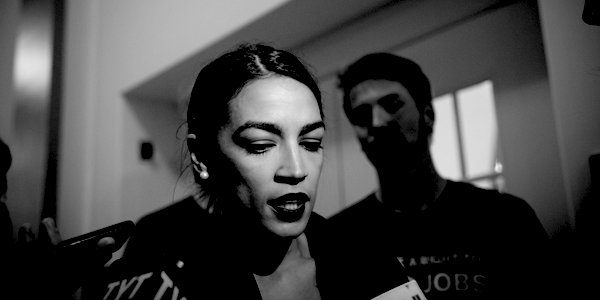 DEMOCRAT Alexandria Ocasio-Cortez, at 29 the youngest woman ever to be elected to Congress, has been making a lot of headlines in the United States. The Left claim the conservative Right cannot handle this young woman because . . . she’s a woman.

The truth is that the mainstream Right are critical of Ocasio-Cortez not because she is a woman but because her policies are dangerous and immoral socialist nonsense that have created human misery wherever and whenever they are implemented.

I link here to the Michael Knowles podcast where at about ten minutes in he takes apart Ocasio-Cortez’s policies point by point.

Knowles admits that Ocasio-Cortez is an excellent politician. Elected at such an early age, she has managed to dominate the media cycle. Her policies however are garbage and she is rarely called out on them. In an interview with Anderson Cooper on CNN she claims that facts don’t really matter as long as the policy is ‘moral’. This was too much even for Cooper who retorted: facts do matter. Knowles points out that not only is speaking the truth moral but that socialism is inherently immoral and inhumane.

Finally, if you ever wanted to know the female equivalent of the white male privilege (if it exists) it is here: beautiful woman privilege. Ocasio-Cortez is a looker and I hazard a guess has had the privilege of turning men into gibbering idiots for most of her adult life. I have little doubt she has been trotting out utter nonsense and yet can make it look convincing and credible because she has hardly ever been challenged on it.

This is what happens when beautiful women grow up in Leftist circles and are rarely called out for mixing up a billion with a trillion. This builds confidence and sense of entitlement and soon you end up with Alexandria Ocasio-Cortez. Then suddenly when she enters Congress and her policies are examined by people on the Right, she thinks this is down to sexism. No. it’s not your sex we have a problem with; it’s the socialism.

Anyway, keep an eye on Ocasio-Cortez. You will see the Sunday Times do some gushing puff piece on her soon enough (if the Observer hasn’t already done so.) Clever politician, shame about the policies.

Share
Facebook
Twitter
WhatsApp
Email
Previous articleTreble trouble – Lefties have the King’s choirboys in their sights
Next articleIn C4’s Brexit drama the Remainers are reasonable and the Leavers are loonies. Cripes, didn’t see that one coming!