NewsPaperthe art of publishing
HomeNewsNick Booth: Ambridge is the place to strike a fashionable pose
3

Nick Booth: Ambridge is the place to strike a fashionable pose 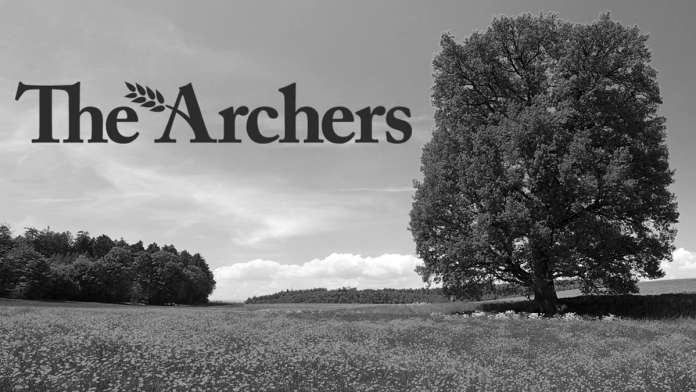 Following the success of the domestic violence plot in The Archers, the BBC may use the soap as a platform for more messaging. Here are some of the story lines mooted for the everyday saga of country folk.

Sadly, the threat of terrorism is something we can no longer ignore. The public needs to be briefed about this, but it’s important that the right message comes from the right sources.

In the story line, Rob – the Ambridge wife beater – goes to prison and is placed on a special wing for right wing thugs. There he falls in with a bad crowd and soon becomes radicalised by some unsavoury characters, such as tabloid journalists, soldiers, and even TV licence evaders.

When Rob leaves prison, he is a leaner, fitter wrong-doer, with more contacts, having just graduated from the university of crime. Rob joins a plot to blow up Ambridge’s much loved Ambridge General Hospital. Note: If Timothy Watson, the actor who plays Rob, asks the “what’s my motivation” question, tell him Rob wants to blow up the NHS because it’s right at the heart of the community and he’s a Tory.

In another headline-making development, community relations are endangered by a provocative march led by Nigel Farage (or a Nigel Farage sound-alike) which aims to plunge right through the heart of Ambridge’s vibrant diversity quarter.

Can the march be headed off peacefully? Can the justifiable urge for violent opposition to this march, from Ambridge’s well meaning but simple-minded men, be tempered by the intelligence and maturity of Ambridge’s universally wise women folk. In a stirring finale, all of Ambridge’s minority groups get together, in a sort of reverse Pastor Niemoller movement, and perform an open air left wing cabaret that sends the Nazis packing. Includes a guest appearance by respected New Statesman columnist and TV personality Laurie Penny.

A sinister underground hunt network is uncovered in Ambridge. The locals ponder their response to this illegal andbarbaric act. Can these people be educated? Meanwhile, the Ambridge rapist has struck again. How long will it take the wise, good women of Ambridge (and their simple men folk) to realise that these two events are linked?

As the story unfolds, listeners will hear the characters gradually begin to realise that cruelty to animals is directly linked to violence against women and that all men are potential rapists and serial killers, unless neutered. But as it transpires, you’re not allowed to do that. Includes a guest appearance by Richard Curtis who complains, “you’re not even allowed to make films about killing the children of your political opponents these days.”

Meanwhile, in a sub plot, suspicion falls on a new character, a mysterious dusky taxi driver, and Ambridge’s trolls organise an online hate campaign. But in a dramatic revelation, Ahmed turns out to be a surgeon seeking asylum from a war torn nation who is waiting for clearance before he can work in Ambridge General Hospital.

Finally, we get to discover the REAL identity of the Ambridge sex pest. It might just surprise you!

Many of the older residents of Ambridge have been hoodwinked, by sinister ‘businessmen’ and ex-pats, into thinking that leaving the EU would somehow be beneficial.

Meanwhile, the community rallies round as the floods in Ambridge wipe out half of the town. The village’s defence against the flood, the Ambridge Barrier, was left to rot by the ‘austerity cuts’.

Gradually, incident by incident, the audience begins to realise that crime, global warming and trade deficits can only be combatted through membership of the EU. Includes guest appearance by Herman Van Rumpuy

Four cracking story lines that will ‘get everyone talking’ and raise the profile of the BBC’s popular drama – and its producers. Is it really a soap opera any more? Nobody is using these programmes to sell detergent brands any more. If they’re not marketing OMO, what exactly is the BBC selling? And does this practice comply with guidelines?