Nick Booth: Don’t shout at lefties like Owen Jones. He is secretly working for us 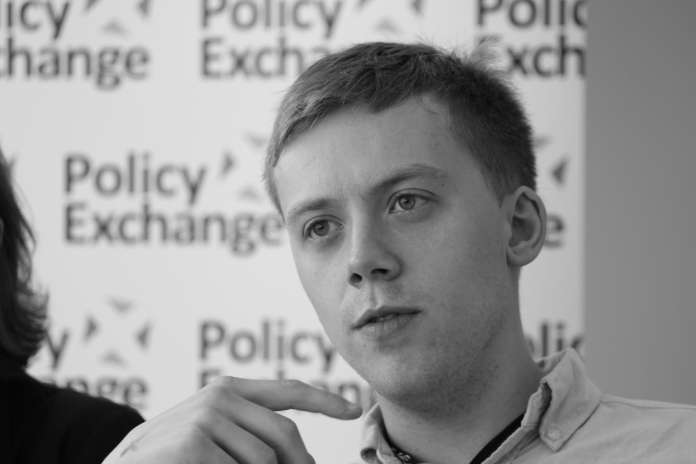 It seems like a bygone age now, but only a few weeks ago an audio trolling from Medhi Hasan, Owen Jones or James O’Brien had a terrible effect on my morale.

I worried that these myopic fundamentalists were making mass conversions among the more vulnerable voters.

The election result has changed all that. My ganglions no longer tremble at the shrill, shrieking of these hysterical hate-mongers. The days of dashing across the room to change stations are over. No more tumbling out of the shower and smashing the radio for me, thank you very much.

Suddenly, I’ve realised that the likes of the above – along with Russell Brand, Paul Mason and Penny Red – are working for us. There are an indeed an elite force – but not part of some self-appointed metropolitan intelligentsia. No, they’re working deep behind enemy lines, defusing the mass social stupidity bomb with their satirical efforts.

They are the Uncredibles – a hand-picked team of parody partisans, with a single mission – to make socialism look as unfeasible and unpleasant as possible.

There are thousands tirelessly undermining the good name of socialism on a daily basis, defacing war memorials, going mob handed to attack individuals and making constant Hitler comparisons. But they are mere foot soldiers, following the lead of the elite troops who are sabotaging sensible debate and undermining chartism.

We owe a massive debt of honour to these crack double agents. Their selfless devotion to sabotaging socialism has saved us from becoming a puppet regime ruled by Len McCluskey and Nicola Sturgeon.

The roll call of the Uncredibles includes Russell Brand, Medhi Hasan, Owen Jones, Penny Red, Johan Hari, Rufus Hound, James O’Brien, Paul Mason, Dan Glass, Will Self, Johnny May Bowles and Dan Hodges. An exciting new addition to this squad is David Douglass, who describes Winston Churchill as an enemy of the working class and a supporter of fascism, in a new BBC documentary: “Churchill: When Britain Said No”.

If there is one talent that unites the Uncredibles, it’s massive conceit. LBC broadcaster James O’Brien didn’t have it when he started his broadcasting career. In fact, he regularly showed himself to be quite modest and open-minded. But credit to him, he’s thrown that off now. These days, he has to constantly tell the audience how modest and lovely and open-minded he is. For at least two and a half hours of this his three hour show, he uses phrases like “regular listeners to my show will know that I’m the kind of guy who…” But he doesn’t show any modesty or empathy. I’m sure Agent O’Brien knows that the audience will pick up on that and be horrified. No human being could be that insensitive!

Each Uncredible has their own special talent for putting people off. Owen Jones, for example, has the ability to get right under your skin with his combination of patronising lectures and lack of any obvious life experience. Umbilical cord aside, what recent cuts can this baby-faced Bolshevik relate to?

Some of Medhi Hasan’s double standard work is masterful – especially when he accuses people of being prejudiced, even before they’ve had the chance to express an opinion. Anyone viewer who takes this man at face value only has to type “Have you seen this Medhi Hasan video” into Google to be in on the joke.

They all do a superb line in presumption too, but again LBC’s O’Brien leads the way. “I suppose you’d want to send all asylum seekers back to die at the hands of ISIS,” he’ll say to a mother, who has called to register a mild complaint at the size of her kids state school classrooms.

The fact that O’Brien was deliberately ring-fenced from the lower orders in his childhood, in private school sized class rooms, won’t be lost on his audience. Neither is the fact that Will Self, who seems to specialize in sneering cynicism, is a product of Hampstead Garden Suburb.

There have been suggestions that Russell Brand isn’t a real person, and the character is the work of Sacha Baron Cohen. A tweet by columnist Toby Young seemed to suggest that the polemicist Penny Red was an obvious Ali G-style parody. But luckily, I seem to be the only person who noticed and their covers have never been blown. They must be allowed to work their magic on the British public. Johann Hari needs to be welcomed back too.

However, there is one member of the team I’m worried about. Dan Hodges, blogger and Westminster Village gossip, is described as a Blairite cuckoo but, despite this, he often seems to be entirely reasonable. He’s often quite honest and doesn’t seem to be faking his sincerity. If he is an agent, something’s gone wrong. Maybe he’s gone native.

He’s the sort of reasonable sounding centre lefty that once persuaded some of us – please don’t despise me for this – to vote for Tony Blair. (It all seemed to make sense at the time.)

This must never happen again. Reassuringly, Hodges seems to be despised by left wingers. Nevertheless, someone needs to keep an eye on this Hodges character.