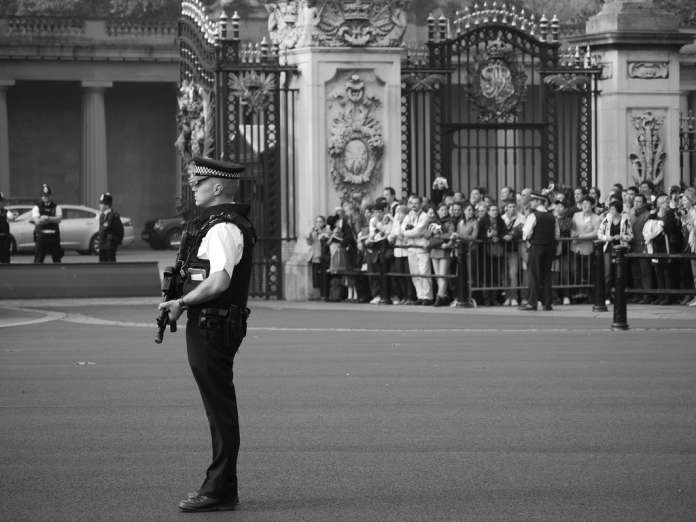 Have you ever wondered what the police have been up to while all these homicidal maniacs have been plotting our deaths?

Here’s a clue. School teachers reported a pupil to an extremism watchdog, because he made a joke about a celebrity who’d had a sex change, and he campaigns for Ukip. Similarly, on Nick Ferrari’s LBC phone-in show in recent weeks, a teacher said she spends of a lot her time monitoring ‘right-wing extremism’ – a phrase that tends to mean anything you want it to these days.

As recent events have shown, the anti-terror squad has very limited resources and time is their rarest, most precious commodity. To distract them from their duties, to referee whatever pathetic cyber playground squabble Owen Jones is involved in this week, should be a criminal offence. Why pull the anti-terror squad off a case, just because Katie Hopkins said a rude word? There’s no evidence that anyone’s ever been radicalised by a shock jock, so why is it a priority to be polite about the homicidal maniacs who want to kill us? That seems to override even our duty to protect ourselves. Or to report things accurately.

People are dying of ignorance, but it still seems to be more important that we don’t get the classification of the homicidal maniacs wrong.

At least if there was an elephant in the room, we could identify it as an elephant. The culture of these homicidal maniacs must remain a mystery. Being scared of these homicidal maniacs, whose motivations cannot be discussed or even named, must remain, by definition, a ‘fear of the unknown’. What’s the word for that? Xenophobia! So in other words, we’ve now got institutionalised xenophobia, because the clampdown on free speech says we can’t even discuss our fear of getting killed by these mysterious homicidal maniacs.

What we do know is that, in all probability, some of us will die horribly, quite soon, and no amount of tea lights and hashtags and clamping down on free speech will protect us from that. Meanwhile, anyone who does try to rationalise their fears could find themselves subject to a secretive online witch-hunt, led by cyber cowards desperately seeking a lightning rod to discharge their own insecurity.

If you shout at a kid that’s wandering too close to a busy road, the parents won’t tell you off for adopting the wrong tone or getting their name wrong. Everything about the homicidal maniacs is wrapped in mystery and we are never allowed to question it. So we’re deliberately kept in the dark.

For example, we’re now being told that some Muslims say they previously reported dodgy members of their own community. We will never know if that’s true, since we can’t trust the BBC to ever question anything that doesn’t fit their narrative. Assuming it is true, maybe the police had other stuff that took priority. Such as newspaper columnists leaning on them and exerting their power to get their own way.

We already know that police resources are being diverted to investigating Katie Hopkins and following up anyone who might be deemed a right-wing tweeter. Or even schoolboys who aren’t deferential enough towards celebrities. The immaturity and selfish of the people who abuse these services is even more staggering when you consider they are teachers and influencers – people who should have a sense of duty and responsibility.

I wonder how much police time has been taken up by interviewing members of the public who were insufficiently deferential to left-wing sensitivities.

While the police could have been watching terrorists, they were diverted to following up the “Owen Jones leads”.