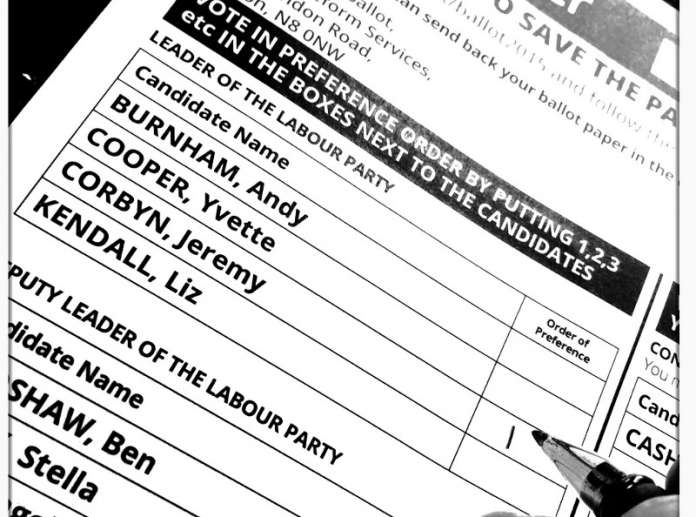 Does anyone know what’s going on at the Labour Party? Is there any historical parallel we could compare it to?

It seems they have had a massive influx of people which has caused massive disruption in Labourland.

After Labour indiscriminately invited millions of people to come in, the administrators are now finding it difficult to govern. The root of the problem seems to have been a policy to allow anyone to gain access to Labourland, no questions asked, for just £3. The move was a quick fix attempt to improve its own economy. Some insiders say there was also an element of wanting to rub Tory noses in it.

However, the lack of control within Labourland has caused massive resentment and as tensions mount there is fear of a civil war. There almost certainly is a leadership struggle but rumours are emerging of a potential coup. We’ve heard reports of bloody infighting, death threats and vicious hate mail campaigns, a level of violence that is usually reserved for the likes of the families of Ann Widdecombe and Nigel Farage.

The original problem was short-sightedness in the application of the policy. If policy was really motivated by rivalry and jealousy, then the long-term effects on the Labour Party were clearly never considered.

There was no screening process, so some rogue mischief-making elements have smuggled themselves in under the radar. Some of them have no love for the party at all and make no secret of their intention to upset it, openly boasting of their contempt for the welcoming nature of their new host. One such ‘Jeer Hardly’, calling himself Toby Young, even went on state broadcasting and boasted about easy it was.

The indigenous people of Labourland, the National Executive, are upset about the undue influence given to the new incomers, few of whom have made the same historical commitment to the party they love. Many belong to families that have fought for Labour for generations.

However, the incomers see the future differently. They want Corbyn as their leader for a permanent protest party that will never have to grow up and take responsibility. According to Tim Bale, Professor of Politics at Queen Mary University of London, this ‘sizeable minority’within Labourland describes itself as pretty left wing, largely cosmopolitan and living outside the traditional Labour heartlands. The majority of them do nothing for the party except pay their £3 subs, says Bale. Ethnic minorities are under represented at grassroots level too, he says.

Though 60 per cent of Labours members back Corbyn, the ‘indigenous’members of Labour aren’t so keen on the views of the incomers. On June 28th they gave a vote of no confidence in Corbyn by 172 votes to 40. There is now a coup being plotted that could see Corbyn replaced by Angela – Lesser – Eagle.

However did it come to this? Is there any set of events we could compare this to?

Share
Facebook
Twitter
WhatsApp
Email
Previous articleRev Jules Gomes: After Nice multiculturalism is finished
Next articleKathy Gyngell: It is mad to put women in the front line and men in the nursery