NewsPaperthe art of publishing
HomeNewsNick Booth: Trump Is the Johnny Rotten of politics
2

Nick Booth: Trump Is the Johnny Rotten of politics 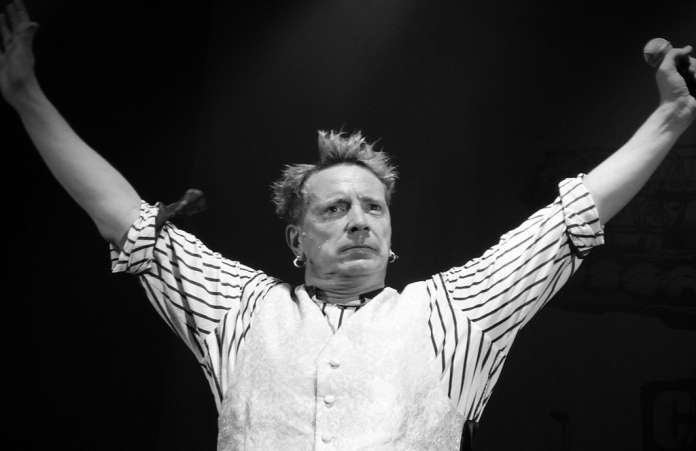 Does anyone remember the last revolution against the ironically named progressives?

Never was there a more self-important, drug-addled bunch of narcissists than the progressive rock establishment of the 1970s.

They eventually became so bloated with their own pomposity that the merest contact with an edge could burst their bubble. Johnny Rotten and his punk friends, it later turned out, were never the sharpest tools in the box but they were still abrasive enough to deflate the music industry establishment.

Decades later, the same dynamics are at play in the entertainment industry. There is a whole class of complacents hooked on their drug of choice, Dudgeon. This time the branch of entertainment where ‘progressives’ are getting the rug pulled from under them is ‘Showbiz for Ugly People’, better known as politics.

This thought only came to me when watching Breitbart’s Milo Wrongfootalotofus running rings round a couple of condescentii in a studio discussion. As he gleefully argues that Trump is hilarious, I was struck by the similarities between the two eras of cocking a snook at the modern establishment. For hippies and boring old farts, read hipsters and boring young farts, but the plot and cast of characters is almost identical.

That yellow hair, the snarling stage presence and the outrageous, provocative lyrics surely make Donald Trump the Johnny Rotten of modern politics. Both knew how to work the stage and incite a reaction that worked in their favour.

Meanwhile, history is repeating itself in the establishment media. BBC’s Newsnight is a case in point. It has spawned a cast of modern day political Bill Grundys (such as Evan Davis and James O’Brien) who seem completely at odds with the unfolding social revolution, their only coping mechanism being to project their own prejudices onto their nemesis and hope that the mud sticks.

Then there’s the violence – and the selective reporting of it. Remember the lorry driver who kicked in his own TV set, in front of his daughter, in protest at what the Daily Mirror called ‘the filth and the fury’? Today, there’s plenty of footage of progressives smashing up TV sets and businesses and beating up innocent people because they look like Trump rockers. None of this gets shown on BBC News – you will have to search the alternative media if you want to explore the full spectrum of public opinion.

That arrogance gave rise to all these alt-Right news channels, which are the fanzines of the modern era. Watching them is the only way to get the balance we might expect from a public service everyone pays into.

I’ve still got a copy of Sniffin’ Glue somewhere with some superb pieces by one Danny Baker. Yes, the same man who was recently voted off I’m a Celebrity Get Me Out of Here. The same programme that Johnny Rotten walked out of. That’s what disappointed me about the punk era. It didn’t quite pan out the way I expected. Still, it was magnificent while it lasted.

I only wish I’d stopped worrying and enjoyed it more!

As my heroes Julie Burchill and Tony Parsons might have put it, The Boy Looked at Trumpie.

I just hope he’s not doing an advert for Anchor Butter.