NewsPaperthe art of publishing
HomeNewsNick Booth: TV debates are like the Eurovision Song Contest. All meaningless...
2

Nick Booth: TV debates are like the Eurovision Song Contest. All meaningless lyrics and block voting 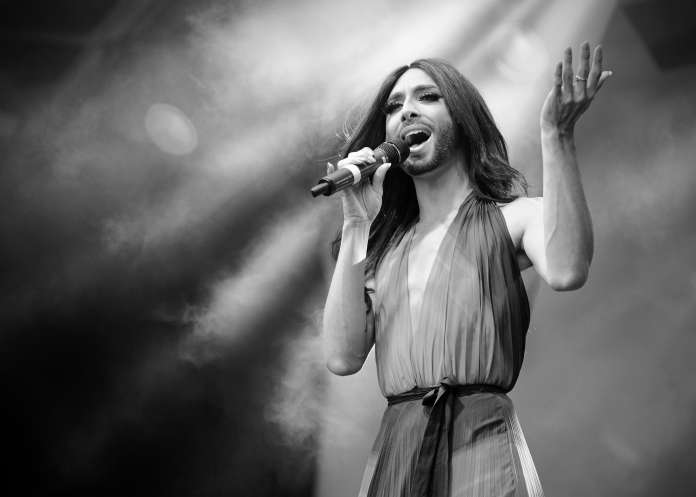 There was always a danger that the televised election leadership debates would end up like the Eurovision Song Contest without the songs. But it surpassed even the most dire predictions. The BBC’s version of democracy had all the elements of Eurovision’s endless morale-sapping judging process, with all the soul-destroying vapidity of the songs – and the dreadful block voting.

With so many participants, the introductions were always going to be like the judging round of Eurovision. Protocol demands that every qualifying party gets equal time, and rightly so, but the number of introductions eats into the contest time. “And now, we go over to Wales for the verdict from the Plaid Cymru judge. Noswaith dda Leanne Wood!”

“Leanne. Can we have your shibboleths, clichés and glib generalisations please?”

Contrast this with one-on-one contests, where even a debate between Ed Miliband and David Cameron can be electrifying because it’s a raw contest. There are no boring intros – they get straight down to it. Neither of them has a massive following, or represent anything believable, but even their conflict is enough to create a drama.

The more participants you have in the fight, the more energy is dissipated, until they resemble those action-movie style punch-ups, where henchmen politely dance on the spot while waiting their turn.

As we learned from the last election’s televised debates, three is a crowd. The introduction of just one Clegg effect is enough to dampen the passion of the two main combatants. With each new contender, the need for tactical social engineering increases and the deviousness multiplies. This creates an environment where Nick Clegg can thrive. Really, is that what we want?

By the time we get to a six-way encounter, the audience is witnessing the full Song Contest. One of the unexpected consequences of these debates, which students of Eurovision might have predicted, was the introduction of block voting.

The group hug at the end of last week’s TV debate suggested that the Greens, Plaid Cymru and the SNP were all acting in concert. As with Eurovision, these small principalities all ganged up on the poor sap who’d bothered to try to represent Britain, a bloke called Nigel, who cast a very lonely figure at the end.

Worst of all were the Euro-style songs. “Bim bam bong, austerity is wrong,” sang Nicola for the SNP. “Bong bim bam, let’s live in a wig wam,” pleaded Natalie from the Greens. “Yes, yes, yes, we built the NHS,” went the crowd-pleasing ditty by Leanne from Plaid Cymru.

Nigel’s song didn’t seem to go down very well but it was never going to – not with this audience.

There was another song from a gangly awkward bloke who, like many who come from a Marxist anti-capitalist enclave, chose to sing in a distinctly American accent. His song – Hey You Betcha Boots I’m Tough – was no better than you’d expect. You wondered if he actually understood what he was saying. But in the block voting, horse trading Eurovision Song Contest that the British Elections have become, you wouldn’t bet against him becoming the winner.

Once they’d had a group hug, all the representatives of the minor parties went over to hug him. The votes aren’t due in from the audience for a few weeks. But I have a very bad feeling about this one.

Share
Facebook
Twitter
WhatsApp
Email
Previous articleNick Wood’s Campaign Commentary: When will the English wake from their slumbers?
Next articleKathy Gyngell: Men should stand up to feminists, not turn their backs on womankind