Nick Booth: Virtue-signallers agonise over the death of Muhammad Ali 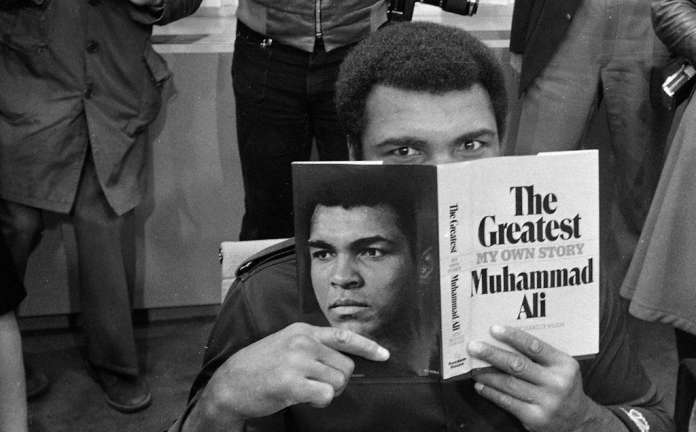 Harry Simkins, a man who missed out on emotional grandstanding about a series of celebrity deaths, is determined to make the death of boxer Muhammad Ali pay for him this time. But with various angles being snapped up by competitors as time races by, he’s rapidly running out of options.

He missed a massive opportunity to exploit the emotional currency booms that followed the deaths of David Bowie, Victoria Wood and Insert Name. All of them, especially Insert Name, were not just icons, but the inspirations behind his life. Insert Name was like the brother/sister that he never had.

He has a dilemma about this latest Icon Death Opportunity. He wants to make a point that makes him look edgy and brave, but he doesn’t want to take any risks. Politicians used to call these Apple Pie and Motherhood statements – praising something that is universally loved. Or was. Today, Apple Pie sounds dangerously middle Englandish. There’s a risk that someone might sneer, “Oh why don’t you just go out vote for Nigel Farage, you posh twat.” And the accuser would get away with it too, even though they are even posher and narrower of mind than the target of their attack. Social grandstanding is all about speed and opportunism. For the same reason, praising Motherhood is out these days. It would be considered as an attack on female aspiration and invite hate mail, social death and even petitions for your sacking.

But Harry Simkins needs to come up with a heartfelt RIP Celebrity Tweet. Fast. There is one option nobody has used yet. The Muslim angle. He could say something uncontroversial and uncontestable about Muslims and make himself look like a statesman standing up to the bigots. But what? It’s not enough to say “He was a positive role model”. There has to be a sneer at another set of people.

Simkins needs an easy target. Some bogeymen that he can, by implication, depict as despicable racists, while portraying himself as a mixture of Rosa Parks and Gandhi. But he needs a safe scapegoat that he can attack without any comeback. He opts for the Daily Mail. Its readers are a tiny minority of the population, but they are a minority that it’s socially acceptable, almost obligatory, to attack.

But can he construct his self-aggrandising tribute in time for the deadline?

Watch the story unfold on Ali is Dead: What Harry Simkins Did Next.