NewsPaperthe art of publishing
HomeNewsNick Wood: After this underwhelming Budget, it is a two tortoise race
10

Nick Wood: After this underwhelming Budget, it is a two tortoise race 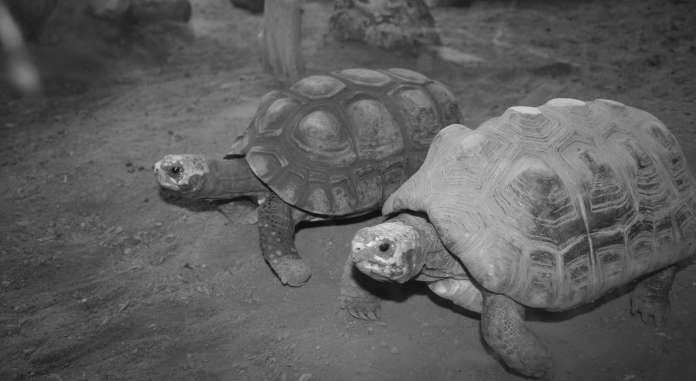 In Aesop’s fable The Hare and the Tortoise, the tortoise wins. But Aesop never wrote a fable about the 2015 UK election. So we don’t know whether the tortoise beats the tortoise.

Yesterday’s Budget was no game-changer. If there was a rabbit in Chancellor Osborne’s hat, it had clearly wriggled free en route from No 11 Downing Street to the Commons. So we were left with more of the same. Five more years of so-called austerity morphing into what the Chancellor optimistically described as prosperity.

More spending cuts (at least in the unprotected Departments) balanced by the promise of tax cuts aimed chiefly at the low paid. The middle classes, God bless them, will have to stick around a while longer before they are spared the pain of paying tax at 40 per cent on their “undeserving” (thanks Mr Gove) incomes of £45,000 a year. Aspiration, getting on in life, starting your own company? Forget it.

The Tories are playing Labour’s game, obsessed by chasing the will o the wisp of fairness and terrified by the charge that they are on the side of the few against the many. They have been spooked by the Institute of Fiscal Studies/BBC and Labour charge that their spending plans in the autumn statement would consign the nation by the end of the next Parliament to 1930s levels of public spending. Cue soup kitchens and hunger marches.

So the Chancellor did his sums all over again and announced that he would not be slashing and burning the sainted public sector after all and that spending would only be returned to the same levels as the horrors of the Blair terror of about 15 years ago. So the nation can happily continue borrowing more than £1 billion a week and handing over £1 billion a month to dodgy foreign dictators.  Cue Cool Britannia and sharing the proceeds of growth.

To be precise, three months ago the Chancellor said he was aiming for a surplus of £23 billion on the national accounts by 2019/20. Now he says he wants a surplus of just £7 billion by the same time and overall spending will be nearly £30 billion higher than pledged amid the falling leaves of last year.

There was plenty of talk about encouraging saving. But one of Osborne’s biggest tax grabs is aimed at pension contributions. Spot the contradiction.

So we are back to the two-tortoise race. The polls are locked with both the main parties on around 33 per cent of the vote. Ukip can boast around 15 per cent and the SNP is running riot north of the Border, threatening to take 20-30 seats off Labour. The blue shell inches forward only to be distracted by a tasty lettuce leaf and is caught by its red rival. Nothing changes.

Yet Conservative ministers and MPs remain strangely sanguine about their prospects. The polls point to a dead heat and there is nothing in the Budget to provoke dancing in the streets of Tory marginals. We are left with the Miliband factor.

All the fancy footwork of Tory campaign chief Lynton Crosby boils down to a simple proposition. Come May 7 the electorate will take one look at that nice, reassuring Mr Cameron and spare only a brief glance for that strange Mr Miliband. Miliband as PM? You’re having a laugh. Cue the famous Russian psephologist Late Serge and an eleventh hour Conservative win.

Crosby could be right. Outright victory might be out of his grasp (he needs to beat Labour by nearly 10 points for that) but the Tories as largest single party and therefore in pole position to form the next government remains distinctly in play, especially after the Tory-supporting press has finished with Miliband Minor.

As for Ukip, its horizons are narrowing. It is fighting the general election as if it consisted of a handful of by-elections, targeting its efforts on Nigel Farage’s Thanet South seat and a few others where it calculates it stands a real chance of victory.

The Budget card, hemmed in by the sheer awfulness of the public finances, has been played and failed to produce a trump. The two tortoises limp on to the finishing line over the mountain.

Share
Facebook
Twitter
WhatsApp
Email
Previous articleLaura Perrins: How to escape the ghetto? Simple – work hard, get an education, stay married
Next articleReader’s Comment of the Day: Make all schools independent of the dead hand of the State