NewsPaperthe art of publishing
HomeNewsNick Wood: Carswell’s defection will amplify calls for a Tory pact with...
4

Nick Wood: Carswell’s defection will amplify calls for a Tory pact with UKIP 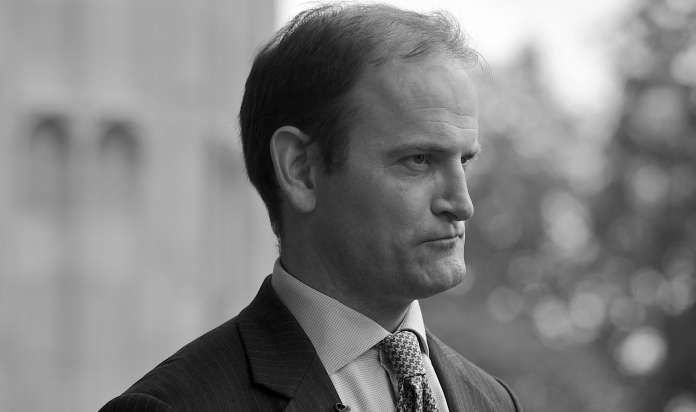 You can just about the hear the sound of the penny dropping in the minds of Conservative MPs. UKIP is not going away.

The defection of Douglas Carswell to Nigel Farage’s self-styled People’s Army crystallises a mood that has become increasingly evident across the summer. After the  “earthquake” of the European elections, received with remarkable equanimity by Tory backbenchers, UKIP was meant slowly to subside as the economic recovery buoyed Conservative hopes.

But it hasn’t happened. UKIP is still polling in double figures, comfortably above the threshold at which it becomes a real and present danger to David Cameron’s hopes of winning next May. And the Carswell coup means that however successful the pre-election conference proves, the media focus will swiftly alight on the Clacton carnival and Carswell’s likely victory.

Other Tory Mps might decide to follow Carswell’s lead. There is no lack of speculation about potential defectors. But because the Clacton MP has set the precedent of resigning his seat and forcing a by-election will any of them have the courage and confidence also to put their careers on the line?

The simple lesson of the Carswell coup is that without a rapprochement between the Conservatives and UKIP, the chances of a Cameron victory look slim. As we head into autumn and then the winter, Tory pressure for some kind of non-aggression pact between the two parties is bound to grow.

The Prime Minister will, of course, resist, but without a deal a lot of Conservatives in marginal seats face defeat by Labour candidates profiting from the loss of Tory votes to UKIP. UKIP is still unlikely to win more than a handful of seats itself. But the damage it will do to Tory chances will be severe.

Strategically, Cameron is presiding over something entirely new in British politics – a split on the Right. More than 30 years ago under the disastrous leadership of the left-winger Michael Foot Labour suffered a split on the Left and the Conservatives held power for nearly 20 years. Neil Kinnock and then Tony Blair eventually dragged the Labour Party back into the real world.

The day will come – but probably not until after a Miliband victory – when a future Tory leader will have to repair the family feud on the Right.