NewsPaperthe art of publishing
HomeNewsNick Wood: Comrade Corbyn means never having to worry about a Labour...
11 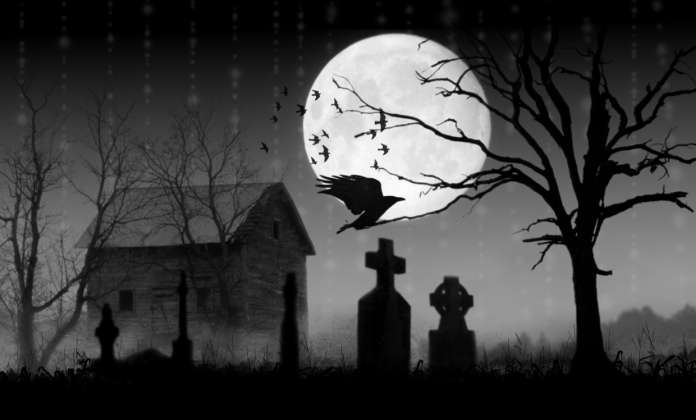 Perhaps we should give it a State funeral, complete with a Lying-in-State, muffled hooves, the Brigade of Guards and a gun carriage draped in black. Not, of course, the Labour Party. That will linger on life support  for years until, rather like David Owen’s SDP it loses to a novelty show like the Monster Raving Loony Party, and dissolves itself. No, what died yesterday is Labour’s hope of forming a government in the next decade, if ever.

Jeremy Corbyn makes Michael Foot look like a political Titan. Foot had been a Cabinet minister, a national newspaper editor, a noted author, President of the Oxford Union, and a mainstay of the ‘No’ campaign in the 1975 referendum on Europe. Corbyn has been an isolated figure on the Labour benches since 1983, has never held office of any kind, and has rebelled against assorted Labour luminaries around 500 times. The idea that under his leadership (so far seven shadow Cabinet ministers have quit in protest) Labour stands any chance of winning an election is laughable. He commands hardly any support among Labour MPs and has been elected by what columnist and Labour member Rod Liddle rightly describes as “the green ink brigade” – the far left, detached-from-reality mob, who dominate social media.

Middle England may have its occasional fit of sentimentality, but it is not going to vote for Corbyn, “friend of Hamas and Hizbollah” and the likes of Gerry Adams, ever. It is far too worried about hanging onto its jobs, paying its mortgages, buying its new cars and holidays, and getting its kids to university. It has too much to lose to experiment with “people’s quantitative easing” or throwing open its doors to the Islamic State.

Corbyn, among his many barmy outpourings, called the killing of Osama bin Laden by US Navy Seals, a “tragedy”. But the real tragedy is that one of Britain’s two main political parties, one that has played a dominant role on the national stage for 70 years, has decided to commit mass suicide.

One can advance a thousand reasons for the Corbyn phenomenon – Blair’s foreign wars and his subsequent fall from grace,  Brown’s financial crash compounded by his pathological personality, New Labour’s transparent insincerity, the failure of Ed Miliband and the other leadership contenders ever to speak their minds or confront squarely the challenges facing the country. And then, of course, we have process – the idiotic decision by Miliband to invite every class war warrior in the country to choose the next leader of the Labour Party in return for handing over three quid. Well, they used some of their benefit cash to significant effect. Anyone who watched the crazies celebrating a tieless Corbyn’s victory last night on the telly – shortly before he sauntered off to campaign for more immigrants – will have got some idea of what Liddle was on about when he put this madness down to the rise of the green inkers.

There will be plenty of time to pick over Corbyn’s so-called policies. Suffice to say that they have been advanced and rejected – by the Labour Party as much as the country – ever since the days of Foot’s suicide vote manifesto in 1983. Unilateral nuclear disarmament was buried by Kinnock and Co in the 1980s, ditto renationalising the railways and utility companies. As for the economics of tax and spend, wasn’t that what Brown tried when he was Blair’s Chancellor?

Corbyn does have some friends, of course. His election was welcomed by the far-left governments of Greece and Argentina. All he needs to do now is twin London with Gaza City and get the Kremlin to announce it is praying for a Labour victory.

Nor is there any easy way out for Labour. Overthrowing Corbyn after an interregnum, as some Labour MPs dream of, and replacing him with a moderate is hardly credible. How could the country be expected to trust and vote for a party that has lurched so far left one minute and so far right the next? And how can Corbyn be booted out when he has the 60 per cent support of a 500,000-strong rank and file, most of whom have joined the party recently?

To borrow a metaphor from William Hague, Labour is trapped in a burning building with all the exits locked.

Of course, Corbyn will attract some support – may be 25-30 per cent of the electorate. But he needs to poll far more as an Opposition leader, 40-45, to stand any realistic chance of victory. The Twitterati may make a lot of noise online, but they do not constitute a winning coalition.

Opportunity arises for other parties. For the Tories, the dial is set fair. David Cameron’s replacement, due in 2-3 years and most likely to be George Osborne, will have to work very hard to lose the 2020 election. But for those of us who hope for a more radical, conservative government, the portents are not good. The temptation will be for the Tory establishment to sit on its backside and coast home five years from now.

Corbyn, whose first act as leader was to demonstrate on behalf of refugees, offers a lifeline to Nigel Farage’s Ukip. Farage has talked of replacing the Tories as the main challenger to Labour in its northern heartlands and lies second in 120 seats across the country. Ironically, the main beneficiary of the election of Labour’s most left wing leader ever could prove the most right-wing of his opponents.