NewsPaperthe art of publishing
HomeNewsNick Wood: Liz Kendall is a relative unknown. But her call for...
10

Nick Wood: Liz Kendall is a relative unknown. But her call for profound change in Labour is right 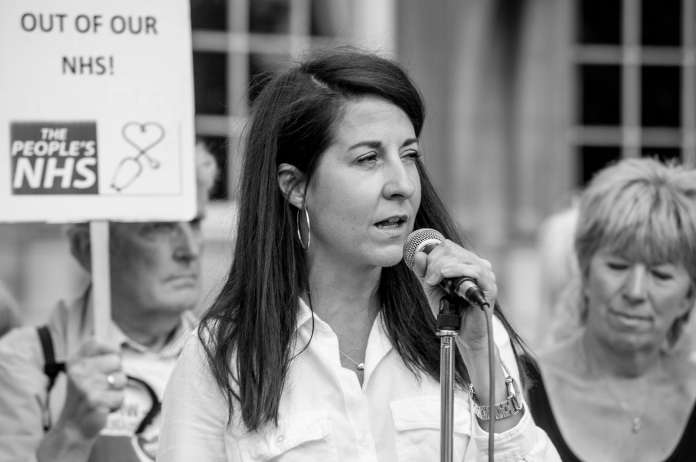 The answer to Labour’s leadership woes is both complex and simple. It is complex because the contest has predictably descended into factional infighting among Brownites, Blairites and devotees of Continuity Miliband. But it is simple for anyone who stands back from these machinations and asks themselves a plain question: what does Labour have to do to make themselves electable again?

To take the complexities first. After the sudden withdrawal from the race of Chuka Umunna because he could not abide the level of scrutiny that goes with the job of Opposition leader, the contest appears a personality-free zone. Andy Burnham (Miliband Continuity), Yvette Cooper (Brownite), Liz Kendall (Blairite) and Mary Creagh (Blairite) are hardly household names, not even in their own households. Toffish telly historian and education spokesman Tristram Hunt (Blairite) is still dithering over whether to enter the lists. None of them seem to have the charisma to set the nation’s pulse racing and hold out the hope of a Labour election victory five years from now.

In the background loom the unions, Labour’s paymasters, trying to fix the result once again. Of the 232 Labour MPs, 147 are members of the giant public sector combine Unite or have received donations from it, which has given £14 million to the party over the last five years. They are a malign influence, trapping Labour in the politics of yesterday.

Then there is the matter of policy. They are all prisoners of the recent past. No one, with the partial exception of Kendall, has signalled a clean break with the limited ambitions of the Ed Miliband era. He sought to secure a narrow victory with 35 per cent of the popular vote, the so-called core vote strategy. The aim was to cobble together a loose coalition of disaffected groups – public sector workers, benefit claimants, students and urban hipsters, unreconstructed trade unionists and poor pensioners – and put together enough votes to limp over the line.

Hence the leftist, statist nature of Miliband’s manifesto. The private sector, which employs about four fifths of the nation’s workforce was alienated, with particular scorn reserved for the “predatory” capitalists of big business. Cuts, especially welfare cuts, were condemned while in the same breath Labour promised fiscal responsibility and an end to the deficit. Moves towards greater consumer choice, such as free schools and a bigger role for firms in the delivery of health care, were condemned. Europe was venerated and although there was a grudging acceptance that mass immigration was unpopular and causing resentment, precious little was to be done about it.

As this site has pointed out repeatedly, Miliband’s Labour also found itself in the grip of  “Harmanisation”. Its ruling clique was overwhelmingly metropolitan in its attitudes, obsessed with issues of race, sex and class and with the dogmatic imposition of the equalities agenda on the country, irrespective of the claims of personal or religious conscience. Minority rights may be a hot topic in the wine bars of Islington. They are regarded as far less compelling in the working man’s clubs of the north where Ukip scored its most spectacular gains in the popular vote.

So what of the simplicities? Labour has tested to destruction the politics of group rights.  It can no longer expect to win simply by exploiting the grievances and disappointments of society’s less affluent or privileged members. It has to look outwards, not inwards, and stop obsessing about cutting down the tall poppies. It has to learn to celebrate success, to welcome businessmen and entrepreneurs, to applaud wealth creation and to stop thinking that if only it can create a big enough client state it can rule in perpetuity.

This was the Gordon Brown way and it failed in 2010 and has failed again. For all that Labour dreams of a grateful populace dependent on its endless handouts and ever expanding public services, the British public refuse to be treated as children, waiting patiently in line for their sweet ration.

Labour has to become the party of the common man (and woman). The rich can take care of themselves, but millions of ordinary people want a government that will help them and their families realise their ambitions and potential, free from the dead hand of bureaucracy, confiscatory taxation, and hectoring political correctness. They want to be left to get on with their lives with the State providing high quality services, especially in areas such as health and education, while keeping its interference to a minimum.

They want action over immigration, not least because they are the ones who suffer through lost jobs, depressed wages and long queues at surgeries and clinics.

Ms Kendall is one candidate signalling a radical break with Labour’s past. In an interview with The Guardian, she warned that the party might never govern again and called the election result a “catastrophe”.  She freely supported the benefit cap, firms making profits and the referendum on Europe, and said there should be an end to calls for high taxation just to make a point.

She said in her interview: “People are much less aligned to political parties than before…This is not a minor issue of cobbling together a new coalition of voters, it is about profound change in our party if we are to change our country.”

Of course, we have been here before. After much blood-letting and soul-searching, Tony Blair forced Labour to come to terms with market economics and consumer choice in public services. And it worked, producing three consecutive election victories. Labour will have to learn that lesson all over again.