Nick Wood: Mao and Stalin tested state plans to destruction. Why does Miliband think they will work this time? 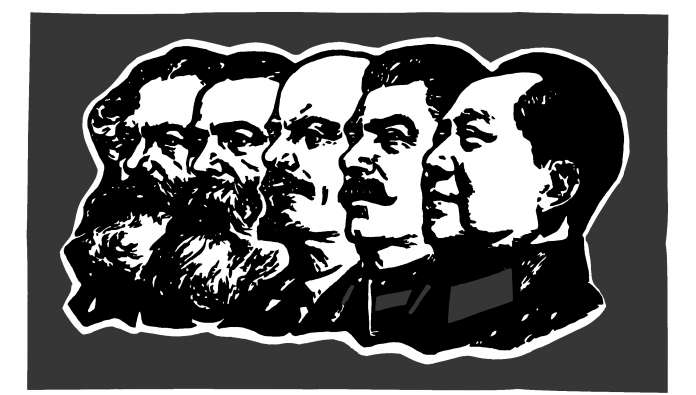 Ed has noticed something about Dave. Dave has a plan. Not any old kind of plan. A long-term economic plan. So now Ed has a plan too. An even bigger plan than Dave’s. It has six national goals and will last 10 years. Eat your heart out Chairman Mao and Uncle Joe. Your plans never got over five.

The trouble is that Dave is in Downing Street and implementing his plan – to some effect judging by the growth figures and jobs, though not so brilliantly if you go by living standards and deficit and debt reduction.

Ed has to be taken on trust. His is a kind of national Plan B. And it hardly set the pulses racing, even among the Labour faithful crammed  into the hall in Manchester.

The delivery was leaden, the language pedestrian, the jokes were feeble. We were treated to a tedious ramble, punctuated by anecdotes about “real people” that Ed had met along the way. All of them agreed with Ed and approved of his plan, which basically involves spending yet more public money, mostly on the health service, raised by clobbering today’s bogeymen – hedge fund magnates,  smokers and people who live in big houses in parts of London popular with Arabs, Russians and Frenchmen fleeing Ed’s cross-Channel cousin M Hollande.

There was hardly a mention of how we are going to shrink the nation’s overdraft, get business moving, negotiate a better deal in Europe, resolve the constitutional quagmire of devolution, or sort out the fanatics ruining the Middle East. Ed seems to think the UN is the answer, God help us.

There was predictably no apology for Labour crashing the economy last time around. Just a moan that since the 2008/9 crash we had suffered the longest fall in living standards since 1870. Not surprising really given the scale of Labour’s spending splurge and the savagery of the recession.

One of these “real people” kept cropping up with irritating regularity. Young Gareth had had a constructive chat with Ed in a park. He sounded like that pale, skinny twit in The Office, but the real Gareth works for a software company and is clearly a man of limited political judgement since he voted Lib Dem last time and is thinking of Labour next time.

There was much pious waffle and sloganising inspired by the dire Better Together campaign in Scotland that came within a whisker of losing the Union. So we had the “principle of together” – presumably a less threatening way of saying socialism – and much windy talk about building an ersatz new Jerusalem of more houses, more nurses and doctors, more apprentices and more green jobs – including higher pay for disgruntled young Gareth.

But if you are with Ronald Reagan and his definition of the nine most terrifying words in the English language – “I‘m from the government and I’m here to help” – then you will take all this “together we can” stuff with a pinch of salt.

I have watched plenty of conference speeches and I have to say this was one of the worst. You have to go back to John Major’s “cones hotline” to experience something equally banal.

Of course, Ed already has a plan, not that he was going to talk about it yesterday. It is called a core vote Plan. It works on the simple arithmetic of Labour achieving victory at the next election by securing 35 per cent of the vote. And that is not impossible if you lump together all the benefit claimants, low paid, public sector workers and poorer pensioners, all of whom are fully or mainly dependent on the client state so laboriously and expensively constructed by Gordon Brown (with the assistance of Miliband and Ed Balls).

Because of the bias in the electoral system, Miliband is in with a shout next May, even if he seems incapable of generating a single new idea or coming up with a single memorable phrase.

But rhetorically and intellectually, he has set the bar low. Let’s hope Dave skips across it next week in Birmingham.