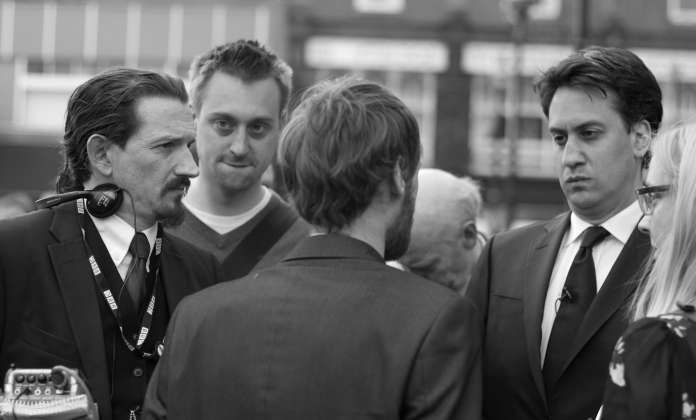 Clearly, the left hand does not know what the left hand is doing. On the day that Ed Miliband attempted to assuage Labour supporters’ concerns about immigration, a private document was leaked from Labour HQ telling its MPs to change the subject if the pesky voters start banging on about it – as they surely will.

And some people still wonder why the public is cynical about the established political parties?

So, let’s get this straight. Ed’s message was that he understands popular concern about the impact of mass immigration over the last decade or so and that a future Labour government will address those concerns by cracking down on rogue employers who encourage immigrants to take jobs that would otherwise go to British workers.

Meanwhile, his henchmen were telling Labour MPs that immigration was a vote loser and that far from campaigning on their party’s remedies they should talk about something else – such as health or housing. Predictably, Miliband yesterday sought to cover his embarrassment and distance himself from his own party’s strategy document by feebly observing it was “not very well drafted” – by which he meant how the hell did this get out?

Voter: “My town is being flooded by immigrants from Eastern Europe. My kids cannot get a job.”

Labour MP: “The Tories are making a terrible mess of the NHS. Waiting times at our local A&E are going through the roof.”

Voter: “That’s because we have so many immigrants queuing up for treatment.”

The truth is that the immigration controversy is indivisible. The influx of millions of newcomers has undercut UK wages and placed huge strains on public services such as health, education and housing. It has also caused more intangible anxieties about the rapid cultural change of neighbourhoods. The social and ethnic make-up of cities, towns and suburbs has changed at bewildering speed, triggering profound anxiety among the indigenous population and resentment of incomers.

Change on this scale, encouraged if not actively promoted by the last Labour government for its own selfish electoral advantage, was never going to be popular. It is not just cynical of Labour HQ to advise its MPs to pull the wool over the eyes of voters, it is downright dishonest.

But the 33-page briefing paper leaked to The Daily Telegraph tells us even more: that Labour is deeply worried by the threat posed by Ukip in its industrial and northern heartlands.

While the majority of Ukip’s supporters are 2010 Conservative voters, the polling also shows that around a fifth are either former Labour or Lib Dem devotees.

Ukip may not cost Labour many seats at the general election but it may prevent it taking Tory-held marginals, particularly outside the south. Meanwhile, in the north, Ukip might well end up in second place in many Labour seats, so establishing a bridgehead for future electoral advances.

Miliband is the man who famously “forgot” about the deficit when he delivered his keynote conference speech. There is a great deal else he would like to forget about, not least his own role in one of the most disastrous governments of modern times, one that piled up a mountain of problems for the future.

Some things he will not forget about. Not least his ludicrous claim that middle-of-the-road Dave is intent on slashing and burning our saintly NHS, something that the great iconoclast Margaret Thatcher refused to contemplate.

Share
Facebook
Twitter
WhatsApp
Email
Previous articleReader’s Comment of the Day: Official net migration stats tell only half the story
Next articleChris McGovern: You can’t be serious! A jail that beats strife-torn schools for educational standards