NewsPaperthe art of publishing
HomeNewsNick Wood: We ruled a quarter of the world and our football...
12

Nick Wood: We ruled a quarter of the world and our football team was magic. What was wrong with the 1930s? 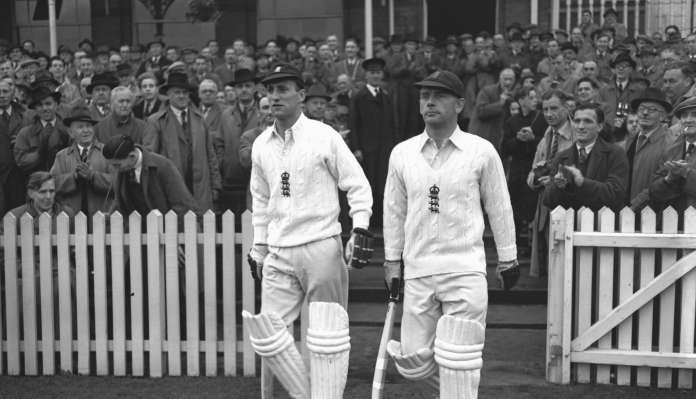 Labour has opened its election campaign with a spectacular canard – that “The Tories want to cut spending on the public services back to the levels of the 1930s, when there was no NHS.”

The justification is that the Office of Budget Responsibility said of the Autumn Statement that by 2020 public spending as a percentage of national output (35.2 per cent) would probably be at its lowest level in 80 years.

Of course, this is all nonsense. As Tim Montgomerie has pointed out in The Times, even if the Conservatives make their planned reductions, public spending in real terms will be nine or ten times bigger than it was in the 1930s. And at 35 per cent of GDP it will be on a par with levels recorded at various points in the not so distant past, including 10 years ago under the previous Labour government.

But, hey, let’s take Labour at its word. Were things really so bad back in the 1930s?

The Labour recession was longer and deeper than the one in the 1930s, with the economy shrinking by an all-time record of 5.8 per cent in the first quarter of 2009. By contrast, the economy was growing at a healthy 3.3 per cent in 1933 and averaged 4 per cent between 1933 and 1936. In 1934 it reached a spectacular 6.2 per cent. UK growth since the most recent slump has been nothing like as much.

Public spending in 1935 was £1.35 billion or 35 per cent of GDP. But since, as Labour helpfully remind us “there was no NHS”, what were they spending their money on?

A look at the pie charts is intriguing. The biggest item, by far, was debt interest, soaking up 25 per cent of GDP (to pay for WW1). That compares to 7 per cent today – a warning of what can happen if a country borrows too much.

Broadly speaking, the big change in the bills since the mid-1930s has been far less money on debt interest and transport and far more money on health care and pensions. Welfare and education are not hugely different.

Fred Perry became the last Englishman to win Wimbledon in 1936 and Sir Len Hutton set a world record cricket score of 364 in 1938 (admittedly Australia won most of the time in the 1930s because of Don Bradman).

There was also the not so small matter of the British empire, at its peak in the 1930s when it ruled over 460 million people and a quarter of the earth’s land area. But I don’t imagine Ed has that in mind when he accuses Dave of wanting to roll back the clock 80 years.