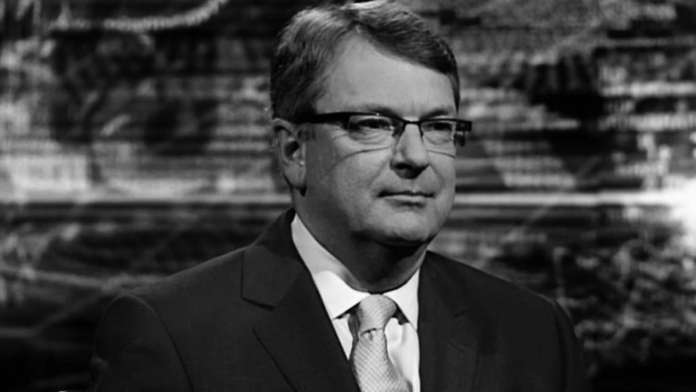 Rumour had it that Lynton Crosby was booked on a plane back to his native Australia immediately after the election – another straw in the wind that appeared to suggest that David Cameron would again be denied an overall majority in the election.

Well, the “Wizard of Oz” can take his time now. The Conservatives’ unsentimental campaign director is not the kind of man to bask in the warm glow of victory. But if he wants to enjoy the moment no one is going to stop him. No one deserves more credit than him in pulling off a quite astonishing triumph.

And he has been known to blow his own trumpet. Thursday night, at Conservative Party Headquarters, as the Tory gains mounted, each one was celebrated by the blowing of the office trumpet, with Lynton leading the band. For all his “rottweiler” reputation, he is a great believer in mateship, building up morale among young and inexperienced staffers with regularly end of day get-togethers at which star performers would be rewarded with soft toys, miniature kangaroos or koalas, typically chucked at them by their boss.

Not that everyone saw it that way as Crosby’s trademark dull, repetitive campaign ground on week by week with the opinion polls stubbornly failing to budge. He is famed for his ability to impose an omerta-like silence on the garrulous and leaky world of Westminster where personal vanity, ambition and jealousy combine endlessly to produce torrents of gossip and bile, almost all of which are counterproductive to the prospect of victory.

Anonymous briefings started appearing in the press suggesting that Crosby’s campaign was far too negative and narrowly focused. Even David Cameron was said to share the frustration of many senior Tories at the lack of breadth in the party’s pitch for power.

Crosby kept his nerve and encouraged those around him to keep theirs. He promised a crossover in the polls – a point at which the Tories would start to pull ahead of Labour and break the endless deadlock. It was meant to come after Easter, then a week later. But it never came – until, of course, Thursday when the country stopped answering questions from the likes of YouGov and ComRes and answered the only question that matters – the one in the polling booth.

Crosby is a pro in a world dominated by amateurs. He believes in using focus groups and detailed polling to craft winning political messages and in precise targeting of those messages on different groups of voters.  Above all, he subscribes to the Peter Mandelson school of communication strategy: “When you are saying it for the hundredth time, they’re hearing it for the first time.”

So, if you now scream every time you hear “our long-term economic plan” and shudder at the sound of “competence versus chaos”,  you are unwittingly paying tribute to the man who saved David Cameron, the Tory Party, and the nation in roughly that order.

Crosby, a 58-year-old son of a South Australian farmer, who calls everyone “mate”, though presumably not the Prime Minister, studied economics at the University of Adelaide. As campaign chief he delivered four election victories for the shrewd if uncharismatic John Howard, leader of the Australia’s centre-right Liberal party.

Australian politics, like Australian cricket, is a rough business. In 2001, Crosby orchestrated a campaign centred on much disputed claims that would-be Afghan migrants had thrown their children into the sea to force Australia to grant them asylum. His ads and slogans provoked uproar among the liberal intelligentsia, but Howard won.

But he has also known failure. As campaign chief for Tory Opposition leader Michael Howard in 2005, his typically bleak campaign –” Are you thinking what we are thinking? It’s not racist to impose limits on immigration” – were vilified by the likes of The Guardian and produced only modest gains for the Conservatives. Better was to come when Crosby worked for the mercurial Boris Johnson in the Mayor of London contests of 2008 and 2012, delivering healthy wins in a Labour-leaning, multi-ethnic city.

With Boris singing his praises and Cameron reeling from the “Omnishambles Budget”, it was no surprise that he was signed in late 2012 to run the 2015 campaign and to avoid the confused messaging and disorganisation of the 2010 Tory effort, notable only for its bizarre invitation to us all to join the government of Britain.

The Cameron victory of 2015 is his crowning glory. Based on the archetypal Crosby approach of professionally crafted messages, eternally repeated, and precision bombing of the battlefield, the so-called 40/40 strategy, which divided key marginal seats into 40 the Tories had to hold and 40 they had to win, it proved prophetically accurate.

Political pundits rolled their eyes when Cameron advanced another element of the Crosby plan – the 23 seats the Tories had to gain to achieve their target of 326 and outright victory.  All the polls were pointing to Tory losses and these idiots were targeting their 23 gains. Who is the idiot now?

Crosby was also quick to pounce when the SNP surge provided the open goal of the election campaign. Were the British people really going to vote for McLabour? Were they going to vote for an anti-austerity alliance made up of a left-wing Labour Party and a far left phalanx of Scottish nationalists? Vote Labour and get Salmond and Sturgeon was the message. Or, as Cameron neatly put it, do you want to be governed by a party that would bankrupt Britain and a party that would break up Britain? The English woke from their slumber and said No.

The last word should go to the now former Labour leader. On the sofa on the Marr Show the Sunday before last, Ed Miliband said this to Boris Johnson: “If you become leader of the Tory party, get rid of Lynton…Honestly, he doesn’t do much for you.”

Not for the first time, Miliband’s judgement was found wanting.

Share
Facebook
Twitter
WhatsApp
Email
Previous articleLeslie Loftis: An unaccompanied child is reason to call the police in the US. British mothers watch out
Next articleReader’s Comment of the Day: Labour’s prejudice against men cost them votes