NewsPaperthe art of publishing
HomeNewsNick Wood: It took a Vulcan to expose this constitutional vandalism
37

Nick Wood: It took a Vulcan to expose this constitutional vandalism 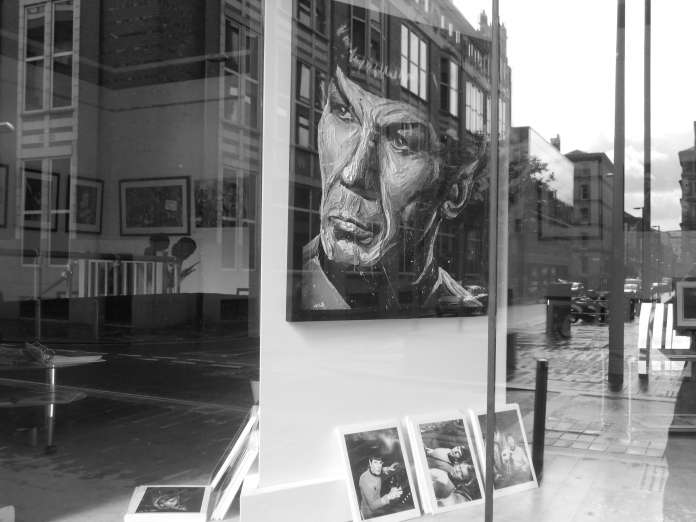 “Who speaks for England?” was John Redwood’s cry last week as the full horror of the Scottish referendum began to engulf the political class. Redwood put his finger on something that the rest of our indolent politicians are only beginning to grasp. Yes or No tomorrow, nothing will ever be the same again.

The cerebral, critics would say, robotic Mr Redwood, famously satirised as Mr Spock, the Star Trek Vulcan, makes an unlikely Henry V at Agincourt. But his question in the Commons was freighted with historical allusion. Not just Shakespeare’s famous call to English arms but anti-appeasement MP Leo Amery in the dark days of the outbreak of the Second War. “Speak for England”, Amery urged a Labour opposition confronted with a dithering Neville Chamberlain. The nation may not face dismemberment as an act of war, but its centuries as a single state have surely come to an end.

If the Scots vote Yes tomorrow a bitter wrangle will ensue over the division of the spoils. Profound questions will be raised over our external defence and internal security. For the first time in over 300 years, we will have a land border with a foreign power, and one that seems not entirely well disposed towards us. Our nuclear deterrent will be placed in jeopardy; our capacity to defend ourselves against terrorist threats will be undermined; our currency and financial stability will be placed at risk.

But if the Scots vote No, the more likely result according to the pollsters, the changes will be no less epoch-making. As Redwood has pointed out in speeches, interviews and articles, the current lop-sided balance of powers between Scotland and England cannot be sustained.

The front page of Scotland’s main left-wing newspaper the Daily Record was yesterday adorned by the headline “The Vow”. Cameron, Miliband and Clegg, panicked into hasty concessions by Alex Salmond’s nationalist insurgency, promised the Scots that the reward for a No vote will be further transfer of powers from Westminster to Holyrood. You might have thought that after all the transfers of powers from Westminster to Brussels, there would be nothing further to give away.

Not so. Control of taxation (and welfare) will pass from London to Edinburgh, leaving defence and foreign policy as just about the only items controlled by the Mother of Parliaments. Quite how the power to raise or lower taxes and spending by one part of the kingdom in conflict with different fiscal  policies pursued by another larger part can be squared with a single monetary policy run by the Bank of England is one for the economists. But is not this failure to enforce fiscal convergence at the heart of the convulsions of the Eurozone? Wasn’t that what happened in Greece? A spending spree ending in a German bailout and savage German austerity?

But then this unworkable approach is extolled by the nation’s former economic wunderkind, one Gordon Brown. In the Daily Record, he can be seen vowing that the latest “guarantees” of fiscal freedom for Scotland, including the right to spend what they please on the NHS, are “locked into” the new constitutional settlement that England, without its consent, may well wake up to on Friday morning. Older readers may recall that Brown in his days as Chancellor endlessly boasted about “locking in” stability, only to see his hubristic pack of cards come crashing down with Lehman Brothers.

And while we are on the subject of spectacular broken promises, it is also amusing to see Nick Clegg (of tuition fees fame) making another unbreakable pledge.

A No vote may yet result in so-called Devo-Max in Scotland. But it also has to result in Devo Max in England. Tory MPs (and one supposes even Labour ones) will be in uproar if Scottish MPs at Westminster are allowed to decide not just English health, education and welfare policies but taxes and spending as well – while English MPs, the vast majority, have no say over these matters north of the border.

So, as Redwood has insisted, a new balance must be struck. And that means an English Parliament as well as the existing Scottish Parliament.

For many, the thought of hundreds of new MEPs (Members of the English Parliament), complete with salaries, expenses and staff entourages, will be deeply unappealing. One answer, as Redwood has suggested, is for the right to vote on English matters to be restricted to English Westminster MPs, and for matters affecting the whole of the UK to be decided by the whole of the House of Commons.

But there are more intractable questions thrown up by this proposed new constitutional settlement, which have been pointed out by Blairite commentator Dan Hodges in The Daily Telegraph. Assume we have a Labour government, sustained by a significant phalanx of Scottish Labour MPs. Assume that Labour government wished to raise income tax or impose a mansion tax (as it almost certainly would). And assume that the Labour government did not have the numbers in the “English Parliament” to deliver its mandate.

We would wind up with a government incapable of delivering key parts of its manifesto.

We should all be reminded of Sir Walter Scott, the greatest advocate of the Union: “Oh, what a tangled web we weave…when first we practice to deceive.”