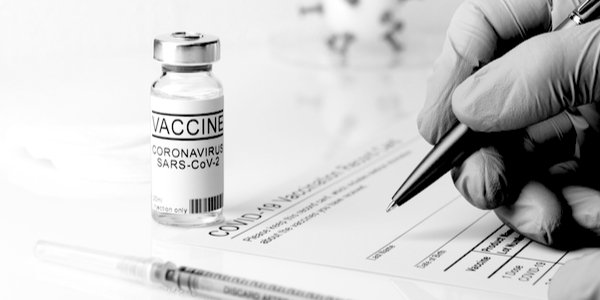 IT beggars belief that anyone simply pointing to the officially reported numbers of people injured, hospitalised or dying who had taken the Covid vaccines, as opposed to those who hadn’t, should be accused of scaremongering.

When one of our readers wrote to his MP, Andrew Griffith, about a TCW article on the shocking truth about the booster jabs which had referred to data (in the public domain) showing the vaccinated dying at a rate of three times the unvaccinated, he got short shrift. The Hon Member for Arundel and South Downs wrote back with a robust reply. He didn’t stop at the standard denials:

‘The vaccines that are authorised in the UK have been through rigorous clinical trials and safety checks,’ he said. ‘I am proud that the UK has some of the highest safety standards in the world. So far, millions of people have been given a Covid-19 vaccine and reports of serious side effects, such as allergic reactions, have been very rare. The vast majority of reported side effects are mild and all are in line with most types of vaccine, including the seasonal flu vaccine.’

He took it upon himself to reprimand our reader: ‘It is irresponsible scaremongering to suggest that people are dying as a result of vaccination. Vaccines are saving lives and I urge everyone to take up the offer of vaccination.’

The ignorance and arrogance of the Director of the Number 10 Policy Unit, for this is he, are of equal concern. He appears unaware that normal safety procedures were by-passed under emergency authorisation, that the reported Yellow Card adverse reactions and fatalities for Covid vaccines are higher than for all previous vaccines combined, and that Pfizer trials adverse reaction data to have emerged from documents released under a Freedom of Information Request – reveals there were over 1,000 deaths and more than 40,000 adverse reactions (known) documented over the first months from when of the marketing of the Pfizer vaccine began, reported on here by a shocked Dr John Campbell.

What no doubt the MP is also unaware of – in addition to the officially reported levels adverse effect – is the growing evidence that these are significantly under-reported.

Recent German research on the Covid vaccine indicates an even more severe underestimation.  An observational study by the Berlin Charité questions the accuracy of the Paul Ehrlich Institute’s (PEI) reporting rates. It found that:

‘The number of serious complications after vaccinations against Sars-CoV-2 is 40 times higher than previously recorded by the PEI. This was a study with around 40,000 vaccinated participants who are surveyed at regular intervals. The “Safety Profile of Covid-19 Vaccines” has been running for a year and focuses on the effects and side effects of the various vaccines. Participation in the study is voluntary and takes place regardless of how the vaccines work in the subjects. One result from it is that eight out of 1,000 vaccinated people struggle with serious side effects.’

If Mr Griffith finds that any of this falls within his bounds of acceptability then it truly shows the moral and ethical depths to which he and his government have sunk.

Under-reporting was brought to light in the US some 12 years ago by Harvard Pilgrim Health Care’s 2007-2010 study which found that ‘Adverse events from vaccines are common but under-reported, with less than one per cent reported to the Food and Drug Administration (FDA)’. It also found that low reporting rates preclude or delay the identification of ‘problem’ vaccines, potentially endangering the health of the public. It recommended reforms ‘to speed the identification of problems with new vaccines and yield more careful quantification of the risks of older ones’.

It proposed Vaccine Safety Datalink data between electronic medical records to capture the true number of vaccine adverse events. But, ‘unfortunately, there was never an opportunity to perform system performance assessments because the necessary CDC [Centers for Disease Control] contacts were no longer available and the CDC consultants responsible for receiving data were no longer responsive to our multiple requests to proceed with testing and evaluation. Barriers to reporting include a lack of clinician awareness, uncertainty about when and what to report, as well as the burdens of reporting: reporting is not part of clinicians’ usual workflow, takes time, and is duplicative.’

Remember these conclusions were before the emergency authorised experimental gene therapy vaccines were released on the unsuspecting and trusting public.

So when and if Mr Griffith avails himself of the latest MHRA Yellow Card reports, he should bear in mind that these figures listed below could be ten and up to 40 times higher. Multiply 455,990 people affected and 2,140 recorded fatalities by even ten and it is too distressing for words.

MHRA Yellow Card reporting summary up to May 11 2022

Overall 1 in 117 people injected experiences a Yellow Card Adverse Event, which may be less than 10 per cent of actual figures according to MHRA.

Suspected side effects reported in individuals under 18years old