NewsPaperthe art of publishing
HomeCOVID-19No, Alice, it will never be freedom day
225

No, Alice, it will never be freedom day 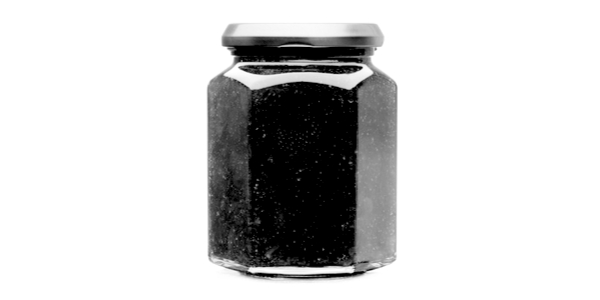 ‘The rule is, “jam tomorrow and jam yesterday – but never jam today.”’

‘It must come sometimes to “jam today”,’ Alice objected.’

IF Lewis Carroll were alive, he might have penned Alice’s Adventures in Lockdown, channelling the nightmare under which we now live into an amusing, if dystopian, fantasy. Or perhaps Carroll would have concluded that no work of fiction could match the absurd reality of the Covid years.

Alice’s insistence that it must sometimes be ‘jam today’ mirrors the forlorn hope that many still cling to: A permanent freedom day, the old normal, a restoration of democracy and civil liberties. All must surely return at some point in the future?

Yet for almost two years we have been tormented like Tantalus – that which we desire being just out of reach. Resembling a donkey chasing the carrot which dangles in front of its head, our freedom always remains frustratingly unattainable.

The granting, withdrawing, limiting, releasing and, removing of our freedoms has been referred to as gaslighting, psychologically manipulating the British people to the extent that we doubt our own sanity.

If we did this, stopped doing that, tried harder, obeyed to the letter, then our old lives would be returned to us.  As the wonderful Neil Oliver has stated, we now live  ‘in a version of an abusive relationship with our government’.

To escape this abuse, we must realise one thing: Our government will not voluntarily allow this ‘pandemic’ to end. Once this is accepted, then you know it is pointless to highlight flawed data, challenge illogical arguments and ridicule nonsensical rules. More importantly, you understand it is futile to passively wait for the Government to release its tyrannical grip on our liberty.

In hindsight it is clear that transforming temporary restrictive rules into a permanent state of authoritarianism formed very quickly after announcing the infamous three weeks to flatten the curve.

After almost six weeks of imprisonment, Dominic Raab announced that the lockdown would remain in place for a further three weeks. But, Raab promised, ‘there is light at the end of the tunnel.’ Turns out this light was the tyranny train hurtling down the tracks towards our democracy.

Needless to say, by May 7 it was still ‘jam tomorrow’. But the Government had come up with a brand-new wheeze called ‘local lockdown’, with the inhabitants of Leicester having the dubious honour of being its first prisoners.

The city’s residents, who had thought freedom almost theirs, would ‘have to wait’ just a bit longer. It was now apparent, to those who chose to see it, that the regaining of our freedoms would be continually kicked a little further down the road.

By September, the route to freedom day was now only achievable with a rule of six and a 10pm curfew. All that was missing was an electronic ankle tag. Three tiers, regional restrictions, and circuit breakers lay between Britons and their freedom several weeks later, but Boris Johnson announced he was ’optimistic that this will feel very different and better by the spring’. !!

It did not. In fact it felt very familiar, with Matt Hancock telling the House of Commons in March 2021 that vaccines meant ‘we have freedom on the horizon’.

By this point, the sane amongst us had given up listening. So when the scheduled Freedom Day on June 21 was postponed, only the truly gullible could have been surprised.

Fast forward to this October and Johnson’s denial of another lockdown. It ‘was not on the cards’ said the man who has as much credibility as the lovechild of Lady Macbeth and Iago.

If you still believe the Government will graciously restore our pre-Covid lives, then frankly you are either mentally challenged or you have an agenda. Like Alice, I can believe six impossible things before breakfast. But that this, or any government, will relinquish the powers Covid legislation has granted is not one of them.

‘The rule is, “freedom tomorrow and freedom yesterday – but never freedom today.”’

‘It must come sometimes to “freedom today,” Alice objected.’

No, Alice, it will never be freedom today.