NewsPaperthe art of publishing
HomeCulture WarsNo Brown Sugar? It’s all over now for the Stones
0

No Brown Sugar? It’s all over now for the Stones 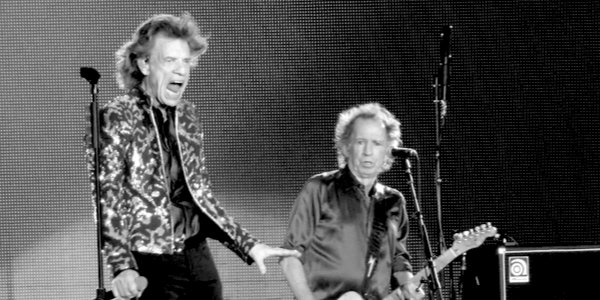 FOR some time I’ve wondered when the crypto-communist cultural revolution was going to catch up with the Rolling Stones, and what the band would do when it did. Well, now it has. Brown Sugar, the band’s 1971 single, a monster hit at the time, hugely popular ever since (it has been streamed 170million times on the Spotify app) and one of their most played numbers in concert for five decades, has been dropped from their live set list after complaints.

These can be summed up in comments by one Ian Brennan, an American music producer of evidently deep political correctness. He says the band profit from a song that ‘glorifies’ slavery, rape, torture and paedophilia. It is also ‘offensive towards black women’.

On the rare occasions they utter opinions, the Stones have always seemed their own men. One thinks of their one-time bass player Bill Wyman shocking a BBC presenter during a general election years ago by observing that ‘the Labour Party have never done anything for the working class’. Their guitarist Keith Richards could be acute as well. On the morning after their disastrous and lethal concert at Altamont Speedway in December 1969 he declared, ‘Flower power was a load of old crap.’

Then there is perhaps the most famous entry in the Richards’ obiter dicta. In the dock at the West Sussex Quarter Sessions in Chichester in 1967 answering the prosecution’s questions about hashish and a nude girl wrapped in a rug, he told the court: ‘We are not old men, we are not worried about petty morals.’

They are old men now, getting close to their ninth decades, and they are clearly worried about the petty, and frankly fraudulent, morals of the woke mob. What have the band done in the face of this criticism? They’ve rolled over and surrendered, that’s what. Yes, the band that stuck two fingers up at the authorities for decades and were at one time considered a threat to society in general have met their match in the juggernaut of political correctness sweeping the West.

Responding to a query as to why Brown Sugar had vanished from their concerts, and what is the problem people have with it, Richards told the LA Times: ‘I don’t know. I’m trying to figure out with the sisters quite where the beef is. Didn’t they understand this was a song about the horrors of slavery? But they’re trying to bury it. At the moment I don’t want to get into conflicts with all of this sh*t.’

I don’t know that I believe Richards’s assertion that Brown Sugar was about ‘the horrors of slavery’, as if this glorious old bar-room knees-up was in fact a sociology lecture in disguise. It seems to me to be an amusing comic-strip confection – being what rock ’n’ roll mainly is – of dark and lascivious images drawn from the Deep South of the USA, dreamed up by young Englishmen whose mission was to push the boundaries of taste as they stood more than 50 years ago and épater la bourgeoisie.

TCW Defending Freedom readers, being of a conservative bent, may find the song somewhat unsavoury and its cancellation not of great import, but let me ask you to think again: it raises questions about liberty, freedom and the staggering hypocrisy of the Left.

Like other cultural revolutionaries of the Sixties, the Stones have now become subject to what I call the Robespierre moment: it will be remembered that Robespierre, the fierce lawyer of the French revolution, ended up being executed in front of a cheering revolutionary mob just like all the victims he sent to the guillotine. The cultural revolution of today has its roots in Sixties radicalism and barmy, drug-addled postmodernist gobbledygook from US universities in the Seventies. One thinks of Dr Germaine Greer, once a firebrand of feminist politics, now something of a pariah in the Left-wing totalitarian groves of academe for saying that male transvestites are not actually women. Many baby boomers have found themselves on the wrong side of Woke for exercising the power of free speech.

The ironies pile up: in the Sixties the Stones were cast in a battle with a conservative culture – but that ‘stuffy’ culture they railed against provided their liberty to write more or less what they liked and make a fortune from it. Now that second and third generation cultural revolutionaries hold power, we are seeing the closing down of artistic freedom. So, who are the stuffy control freaks now? Controversial subjects can now be tackled only in ways licensed by the woke mob. This has the gravest ramifications for art and is an affront to a free society.

An amusing criticism of the Stones performing Brown Sugar is that they are ‘entitled’. Definition number two of entitled in the Collins English Dictionary is ‘having the right or permission to do something’. Definition number three is ‘behaving as if having special privileges’. People in a free society have the right to freedom of speech and expression. It is not a special privilege – but that is what the Left has set out to make it: some artists will be licensed by them and some will not. And if you come from the wrong demographic, you will be subject to censorship and cancellation.

Consider the open sewer of today’s pop culture, with rap and drill music full of ugly, artless, witless and gross paeans to sex and violence. Is that subject to fearless moral inspections by our Left-wing witchfinders? Of course not! The domination of music journalism by the liberal Left has meant that a once vibrant art form has collapsed into tawdry rubbish and they have not been able to muster any kind of telling criticism against it, even if they wanted to. They would lay themselves open to charges of racism, homophobia, misogyny, microaggressions, ‘entitlement’ and any other Maoist transgression of the day. This is the trap the liberal Left has set for itself across all culture, and it is now closing round us all ever more tightly.

There is no right not to be offended. We are all confronted on a daily basis with trash culture, but unless openly obscene or genuinely vile I would not ban it. I just wish that wit, imagination and talent would make a comeback.

So the Stones surrender over Brown Sugar but will their critics stop now they smell blood? There are plenty of other corners of the band’s oeuvre that will cause indignation among the woke and besides, isn’t white men playing black music cultural appropriation? Watch out, Mick and Keith, something tells me the commies haven’t finished with you yet.

It seems to me that the cancellation of Brown Sugar is the end of an era and the end of the Stones, finishing not with a bang but a whimper, cowed by the children of the revolution, the revolution whose marching songs they once wrote.