NewsPaperthe art of publishing
HomeNewsNo faith nor hope in charities
137

No faith nor hope in charities 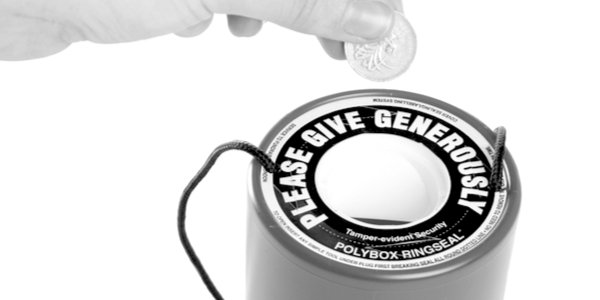 FROM Cancer Research to your local hospice or nature reserve, charities play a huge part in our public life. There are roughly 168,000 registered charities in England and Wales. With their army of volunteers, whose kindness and civic duty make them a national asset, charities are part of the social glue that holds the country together.

But much of the sector has outgrown its original purpose. We now have a bloc of powerful and bureaucratic organisations which provide a great deal of influence and material benefits to their upper ranks. With some, you could be forgiven for thinking their primary purpose is to be an employment and welfare scheme for their own management. Many have been co-opted to the service of the government – to help reach a range of policy targets not always in line with their original charitable remit – to the tune of many millions of taxpayers’ money, a significant proportion of which pays their executives’ not insignificant salaries. Others have slipped from charity to political activism.

No wonder public support for charities is declining dramatically. Baroness Tina Stowell, chair of the Charity Commission, has warned that the sector risks extinction unless it can halt the decline in public trust.

Then there is the constant stream of bad news about charities. The Charity Commission’s recent report on Oxfam accuses it of failing to deal with serious allegations of sexual abuse by its own staff ‘in an attempt to protect the charity’s reputation and keep donations coming in’.

It found that workers in Haiti sexually abused women they were supposed to be helping. In the UK itself, volunteers for Oxfam have also made complaints of abuse. Oxfam, the report states, simply ‘tolerated poor behaviour’.

Has Oxfam, so convinced of its own worth, not felt obliged to follow the same rules as others? It sometimes betrays a total detachment from the real world, namely its stated inability to understand how capitalism is helping lift the living standards of the world’s poor in its regular rants on the subject, which make it a laughing stock for anyone who isn’t a Marxist ideologue and who understands how economies actually work.

Oxfam isn’t the only charity that can sound like a Morning Star editorial. War on Want’s website, with its bold red colouring and clenched fist logo, looks like the product of a Leninist sect. The staff tell us at length about the misery caused by capitalism, but go beyond condemning specific injustices. They seem to despise the whole system. They should of course be free to do so and to ignore the good news about how capitalism is forcing the retreat of extreme poverty. Everyone has the right to be ill-informed, but they don’t deserve to be considered charitable and have the accompanying status and tax advantages while they guide us to Marxist Utopia.

You might have helped War on Want on their curmudgeonly way if you’ve been kind enough to donate to Comic Relief. Toby Young in the Spectator reports that WoW have received £400,000 from Comic Relief in the last two years, despite being an overtly far-Left protest group with a specific political agenda (pro-Palestine is high on their list) and anti-Trump and anti-Israel obsessions. They have recently taken things a little too far, and have been reprimanded by the Charity Commission for ‘inappropriate political activity,’ with their ‘Stop Trump’ campaigning. Their front page still reads Workers’ Rights, Economic Justice and Justice for Palestine.

We used to assume that charities were repositories of decency, but can we still? Take Amnesty International, a once-great institution with a proud record. (A minor note: Amnesty’s UK section is not legally a charity but its fundraising arm is). For decades, its clamorous persistent campaigning rescued victims from arbitrary and grim imprisonment, torture and judicial murder. Its authoritative human rights reports are an invaluable resource to anyone interested in international politics.

Yet it has managed the extraordinary achievement of turning an organisation opposing tyranny and oppression into one whose own staff feel tyrannised and oppressed, with a working environment its own review described as ‘toxic’, linked to two staff suicides, bullying and a ‘culture of fear’.

The Guardian reports a £17million ‘hole in its finances’ with up to 70 staff facing redundancy. But never mind. New secretary-general Kumi Naidoo wants to broaden its campaigning and work more on ‘climate change and economic rights’. I’m guessing that means more straightforward anti-Western Leftist activism.

It seems the whole sector demonstrates Robert Conquest’s second law of politics: any organisation not explicitly Right-wing sooner or later becomes Left-wing. (I’m not the first to give Amnesty as an example of this phenomenon). The Left-wing politics and air of (rather moth-eaten) virtue that clings to many charities provides cover for some very high rewards to the upper echelons, rewards they might struggle to achieve elsewhere. The Conservative Woman has highlighted this before.

Some pay figures are startling. Take Michelle Mitchell, CEO of Cancer Research UK. Her annual salary is £244,000. I have no reason to suppose that Ms Mitchell isn’t worth every penny but it’s surprising how common this sort of figure is, even in smaller and less-known charities. It’s not just the most senior leaders – whole tiers of people are doing very nicely. It’s money coming from us, either in donations or often in direct subsidies from taxpayers.

Although this is a long-term major public concern, little seems to change. In 2014, the National Council for Voluntary Organisations called for charities with gross annual incomes over £500,000 to publish full details of their highest-paid employees. But according to Third Sector magazine, the call has largely been ignored, even by the big players, with ‘54 of the top 100 charities not naming their highest earners in their annual accounts’.

How much more damage will this do to the charitable sector and, more importantly, to the charitable work in the community they are meant to do and that they can do so much better than the State? If we ever get through the political quagmire of Brexit, charity reform and accountability is something to which a future government must give more attention before the whole voluntary sector is tarnished.

Toby Porter, a former hospice CEO, tells the story of a message received by a leading charity from one of its regular donors: ‘It says in this letter you sent that £4 from me could help save a life. So how about your CEO takes £40,000 less salary next year and saves 10,000 lives?’