No man could pass the #MeToo test 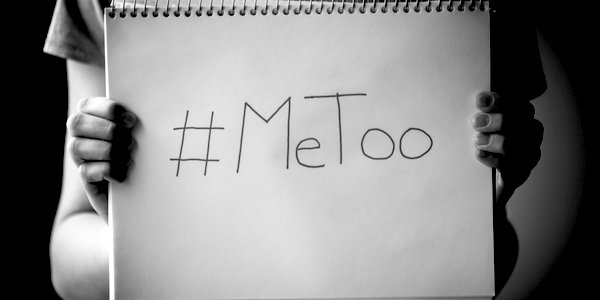 Are you ready for the #MeToo honey trap? Did you notice the #MeToo bait and switch? Although justice prevailed in the Kavanaugh hearings, there is still much that conservatives, or indeed anyone who is concerned about due process, should be worried about.

First is the idea that any accusation, no matter how weak, is a ‘credible allegation’. For two weeks we were told that Dr Christine Blasey Ford’s allegation against Kavanaugh was credible, when quite clearly it wasn’t.

Even Trump had to toe that line until he finally pointed out the many holes in her story.

What was even worse was the idea, accepted by everyone, that even if the allegation was true it would be enough to bar Kavanaugh from the Supreme Court. The acceptance by all that any wrongdoing by a 17-year-old boy against a 15-year-old girl is sufficient to trash his career and reputation. The labelling of this case as a #MeToo act of ‘sexual misconduct’ was clever and subtle by the feminists, but it is a bait and switch that all right-minded people should reject. It sets up a standard that will take out any man when it is politically convenient to do so.

When #MeToo broke I had a lot of sympathy for it. It supported adult women suffering sexual harassment by adult men who abused their positions of power. The allegations were relatively contemporaneous. In fact, most of the men involved accepted that the acts had occurred but claimed they were consensual etc, etc, when clearly the positions of power they held demonstrated that if they were not rapists, they were at least exploiters of women. In some cases there was photographic evidence of the wrongdoing.

This is a million miles away from what was alleged by Dr Ford – namely teenage fumbling in a suburban house 36 years ago. For the record, I absolutely do not believe any element of Ford’s story. I didn’t buy the little girlie routine from the 50-year-old professional women with a PhD, and the fact that she jacked up the charge from groping, to attempted rape, to ‘he nearly killed me’ was a dead giveaway for me. I guess you can blame that on all the law degrees, or the fact that I have a brain. Sadly, many of the sisters have melted into shrieking ninnies high on emotion and low on logic and will buy any old nonsense when it comes to ‘sexual misconduct’. How high can we go? asked the Democratic operatives behind Dr Ford. All the way to gang rape, said the ‘creepy porn lawyer’.

It was also convenient and telling that Ford wove a web so intricate yet devoid of details that no ordinary man could escape from it. Happily, Kavanaugh was no ordinary man.

But I digress. My point is that pretty much everyone was on board with the idea that an allegation of sexual fumbling between two teenagers 36 years ago puts the adult man in the same category as Harvey Weinstein. This bait and switch is very, very dangerous and should be exposed for what it is – a completely unjust standard that no man could pass.

Are we to accept that all of our teenage record is on the table, relevant and ready for examination? And I don’t mean academic record. Are we sure that it is fair that one’s teenage sexual history is now part of the public record? Until #MeToo, not a single sensible person believed this would be fair in a liberal democracy.

Even if we take Ford’s story with some face value, we know what it is – two teenagers, a 17-year-old boy and a 15-year-old girl, engaging in some sexual exploration. It should be kept in mind that in pretty much all of these cases the boy will be older than the girl because unless things have radically changed from my youth, girls are attracted to older boys, not younger ones. That is why 15-year-old boys look forlorn all the time – they can’t get a look-in. In fact, this was nowhere even close to the dodgy #MeToo case of Aziz Ansari where there was a ten-year difference and he should have known better.

Further, the standard required – namely that no teenage boy can ever engage in a sexual fumble and ‘push his luck’ – is one that pretty much no man 36 years later would survive upon examination. The fact that only the virgin Brett Kavanaugh could survive it tells you all you need to know about how exacting this standard is. If it were applied in the UK I hazard a guess that only the Mogg would pass it. But that is the point of witch-hunts – set a standard so stringent that all men are guilty. Get your ducking stools at the ready.

What is even more sickening about this standard is how the Left have done so much to undermine it, as I have spoken about before. Thirty-six years ago it was only the Christian Right standing against the degrading, hypersexual nature of teenagers’ culture. They were dismissed as puritans by the very same people who today demand that all the middle-aged men be held to these puritanical standards – or else. See what the feminists have done there? It is a neat trick.

This feminist trap breaches all the elements of natural justice: it is retroactive (you are held to standards that only a tiny minority abided by decades ago, and the feminists themselves railed against), it is vague (what counts as sexual misconduct?) and is it overbroad (anything that woman says she was not happy with makes you a predator). Finally, no concrete details will be given – just a generic story of wrongdoing you could make against any man, at any time, at any place.

This #MeToo honey trap must be resisted. And I’ll say now that if anything similar hits the UK, we at The Conservative Woman will be standing firm no matter who the alleged wrongdoer is and no matter what party he belongs to. When it comes to justice, we don’t have favourites.