NewsPaperthe art of publishing
HomeNewsNo room at the Christmas Market
139

No room at the Christmas Market 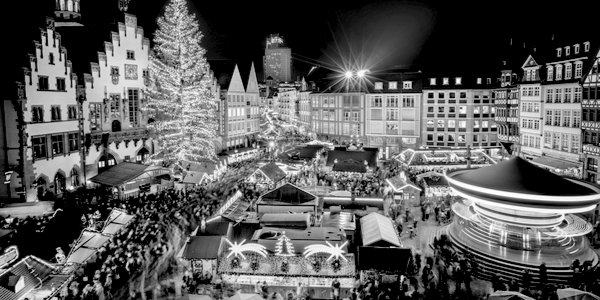 The local authority in St Gallen, capital of that canton in East Switzerland, have been given the green light for this year’s Christmas Market. It was cancelled last December because of the corona crisis, but this year, in spite of a still precarious corona situation, it will go ahead. As before, it will be held in the main square in front of the Cathedral, with plenty of lights and the traditional huge tree, but it will be a lot smaller, with fewer stands, and they will be spaced further apart. And if it’s a cup of traditional Glühwein you’re after, normally dispensed from several open-air stands, you’ll have to make your way indoors to the Waaghaus. And you’ll only be admitted if you produce your Covid Certificate.

This has been agreed ahead of the federal vote scheduled for  November 28 on the Covid Law, following the first vote in June, when 63 per cent of voters agreed with the special powers exercised by government to deal with the pandemic. The Health Ministry points to a slight improvement in recent months, especially since additional restrictions were re-imposed on September 13, but Health Minister Alain Berset confirms it may not be possible to honour his previous announcement that these restrictions would be lifted by the end of January.

The Federal Council has identified three benchmarks which would have to be met before the Covid Certificate requirements could be waived: more people would have to be vaccinated; there would need to be fewer hospital admissions and a shorter length of stay; and a satisfactory outcome to deteriorating weather conditions over the winter.

Officials plan to use a national ‘Vaccination Week’ from  November 8 to persuade more Swiss to get the double jab. They want to raise Switzerland’s fully vaccinated rate which at 61 per trails behind the rest of Europe. In order to lift all measures currently in place, including the Covid Certificate, the vaccination rate would have to be 93 per cent for the over-65s, and 80 per cent among the 18-65s, an ambitious target. A letter will be sent to every household, stressing ‘the benefits of immunisation through clear communication, in multiple languages, and based on reliable data’. There will be local information sessions and mobile units dispensing advice and jabs. A door-to-door option has been abandoned, as has the notion of a 50 franc (£40) bribe, amid criticisms of violation of privacy and ethical concerns.

The driving force appears to be economic at least as much as health. World Cup events for snow sports can now be open to spectators for the 2021-22 season, but only to those with the Certificate. Organisers are intent on ensuring the smooth running of events, and will be able to re-introduce ‘the much-missed fan atmosphere’ to events such as alpine and cross-country skiing, snowboarding, and free- and Telemark skiing. The economy of Alpine regions is heavily dependent on ski activity and winter tourism, and the ‘white gold’ contribution to the national economy is considered vital.

All that is difficult enough for those who cannot, or choose not to, be vaccinated in Switzerland. But what about the rest of Europe, even with their higher rates of vaccination?

In Italy, the authorities are adopting one of the toughest anti-Covid regimes in the world. From now, all workers, both private and public sector, are required to show a Covid-19 health pass. The regulation is being extended to public transport. This, according to Prime Minister Draghi, is to prevent any further damaging lockdowns, and persuade more to get the shots. So far 85 per cent of Italians over the age of 12 have had at least one shot, but that leaves an estimated 2.5million of the country’s 23million workers unvaccinated. If they choose to be tested instead, they have to do this at their own, not inconsiderable, expense. This is proving very unpopular, and there are fears it will lead to even more chaos in many firms.Vice President Stirpe insists on the need to make ‘workplaces as safe as possible’ to ensure public health and economic recovery. Unions reacted first by demanding that all Italians accept compulsory vaccination to avoid any discrimination, but the government back-tracked on this since it was opposed by their Salvini-led coalition partners. The result has been mass protests at all major ports, especially in Trieste and Genoa. Truck drivers, couriers and warehouse staff have also been affected, with some admitting that they had agreed to the vaccines only to save their jobs. The real problem for those who are unable to produce a green pass is that while they cannot be fired, they can be fined heftily, and even suspended without pay. So unvaccinated workers in Italy could be left totally impoverished.

Elsewhere the indications are even worse.  Steve Watson at Summit News reports that all German retailers including supermarkets will now be able to decide for themselves whether to refuse access to those without the necessary pass. Previously, essential shopping and supermarkets had been excluded by government. At some university colleges in Germany, unvaccinated students have been required to wear distinctive armbands.

In France some shops have attempted to disallow entry to anyone without a Covid pass, although the country’s passport law states that smaller retailers are exempt.

Equally alarming is the fact that a majority of voters (albeit small) in these countries approve of such measures. At least 55 per cent of Italian voters are in favour of the workplace certificate law, and even in Switzerland, voters are again expected to support the government’s increasingly restrictive measures and the potential damage to their commitment to democracy. In St Gallen, according to a snap poll conducted by local news media, 48 per cent agree with the segregation of the Glühwein stands, while 43 per cent were opposed.

If regulations such as these were introduced into my corner of Eastern Switzerland, I could be in serious trouble. At least I have my e-trike to get me to and from the shops, but what if they refuse to serve me? My neighbours would be unlikely to intercede on my behalf, indeed I might be banned from using the lift in our block, or the communal laundry room. My landlord might even refuse to renew my lease and render me homeless. But at least the local authority wouldn’t be able to deport me as an undesirable alien, because my homeland won’t allow me back in at the moment, even if Swiss Airlines or Eurostar were to allow me on board. So I would reluctantly have become a total burden on local authority welfare, a scenario it was necessary to rule out completely in order to be considered eligible for a residence pass in the first place. Catch-22, or what? And all this in a country which insists that vaccination is voluntary. I used to consider myself a good citizen, but the Health Ministry is hell-bent on making me a revolutionary, or just a down-and-out.

As for the Christmas Market – missing out wouldn’t be such a big deal for me, since I’m not a great fan of Glühwein. What I will miss is admiring the beautiful Nativity Crib which always graces these markets throughout Switzerland, Germany and Austria – a traditionally carved life-sized Mary and Joseph and the Babe lying in a manger, this year no doubt dutifully holding up their Covid Certificates for your inspection.

Share
Facebook
Twitter
WhatsApp
Email
Previous articleWhy it’s best to keep quiet as your freedoms are taken away
Next articleThat Reminds Me – what’s Latin for failure?