NewsPaperthe art of publishing
HomeNewsNo, the Nativity is not about homelessness
49

No, the Nativity is not about homelessness 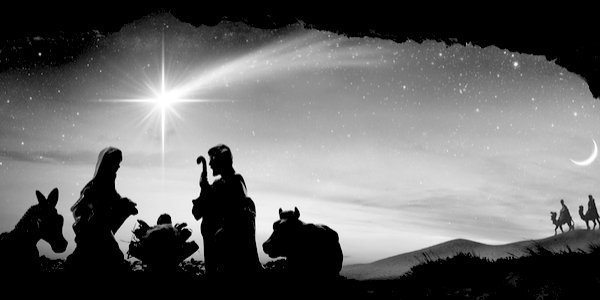 THE Gospel of Luke tells us: ‘In those days Caesar Augustus issued a decree that a census should be taken of the entire Roman world.’ Augustus organised a number of censuses; the number is not known, but it looks as if they occurred every ten years or so. Some were local, others attempted to cover the Empire.

Luke says: ‘This was the first census that took place while Quirinius was governor of Syria.’ This statement has been the cause of considerable debate among historians. Other sources record that Quirinius was governor of Syria between AD 6-9 and that he conducted a census then when Judea became a province (after Herod Archeleus was deposed). Historians therefore say that Luke was mistaken in his dates, since Jesus was born while Herod the Great was alive (and he died in 4 BC).

However Luke himself is well aware of that census (and its local consequences) as he records in Acts ch.5:37: ‘After him, Judas the Galilean appeared in the days of the census and led a band of people in revolt. He too was killed, and all his followers were scattered.’

Roman Governors tended to be appointed for relatively short periods of two to three years, but it was not unknown for them to be reappointed after spending a few years elsewhere.

The biographies of such governors we know about are inevitably fragmentary, as is the case with Quirinius. Any details are preserved often by good fortune – an inscription here, a paragraph in a history there. Therefore, as Luke was quite well acquainted with the second census, it may well be that he knew what others did not happen to record (or rather if they did, little survived): that Quirenius had been governor of Syria for an earlier term. We do know he was operating in Asia Minor a little after 12 BC. Further, a stone inscription came to light recording the career of a Roman official whose details coincide with those of Quirinius (and few doubt it is he even though the name is obscured): it records that he had been governor of Syria twice.

‘And everyone went to his own town to register.’ Everyone, that is, in Israel – not elsewhere. Nearly every family in Israel owned land (and probably a house too – often let out), unlike most ordinary people in the wider Roman world. In Joseph’s case it looks as if that land were in or around Bethlehem, hence his need to go there to register.

Jesus’s birth was not in December, but mid-October and coincided with the Jewish Festival of Sukkot (Tabernacles or Booths). How do we know? Again Luke carefully provides us with the data. In ch.1:5 Luke records: ‘There was a priest named Zechariah, who belonged to the priestly division of Abijah.’ We know from 1 Chronicles ch.24 that there were 24 such divisions, so each division served for about half a month in the Temple, ‘the eighth for Abijah’ (v10). The first priestly division began Temple service at Passover in March (the first month in Israel’s old calendar). So the Abijah division’s service began around the end of June. Zechariah returns home and his wife Elizabeth becomes pregnant in July. Then ‘in the sixth month’ (the end of January) of this pregnancy, Mary conceives Jesus. Nine months later Jesus is born, in October at the time of Sukkot.

‘So Joseph also went up from the town of Nazareth in Galilee to Judea, to Bethlehem the town of David, because he belonged to the house and line of David. He went there to register with Mary, who was pledged to be married to him and was expecting a child. While they were there, the time came for the baby to be born, and she gave birth to her firstborn, a son. She wrapped him in cloths and placed him in a manger, because there was no room for them in the inn.’ (Luke ch.2:5-7)

So, if Joseph had family land, why the problem of nowhere to stay? Because of the Sukkot festival! Jerusalem and its surrounding towns, such as Bethlehem, were heaving with pilgrims. Also I think Joseph had hoped to get there and back to Nazareth before Mary gave birth (a four-day round trip). But, as many a taxi driver can tell you, Mary’s time came, probably in the street. No chance to go anywhere except the nearest house (an inn or caravansary); no room there, but at least shelter in a stable. It is remarkable that Jesus’s birth is in such a temporary shelter – a Sukkot! John records: ‘And the Word was made flesh, and made his temporary dwelling [from the Greek skene, meaning a tent] among us, and we beheld his glory, the glory as of the only begotten of the Father, full of grace and truth.’ (John ch.1:14).

It was here the Shepherds visited him: special shepherds. According to an early Jewish source, they were trained in the Jewish Law as the sheep they tended were for Temple sacrifices and needed to be ‘without blemish’. Notice that Luke tells us the sheep were in fields, not wandering free as would be normal at that time.

Later, of course, Joseph, Mary and Jesus moved into a house, where the wise men visited them. ‘And when they had come into the house, they saw the young child with Mary his mother, and fell down and worshipped him.’ (Matthew ch.2:11) This is Epiphany, in early January – a much older festival, by the way, than Christmas – and likely to be correctly dated.

So what was Luke’s source of information? He tells us: ‘But Mary kept all these things, and pondered them in her heart.’(Luke 2:19)