NewsPaperthe art of publishing
HomeLaura PerrinsNo time for heroes: the men who stood by as a maniac...
0

No time for heroes: the men who stood by as a maniac shot their female classmates 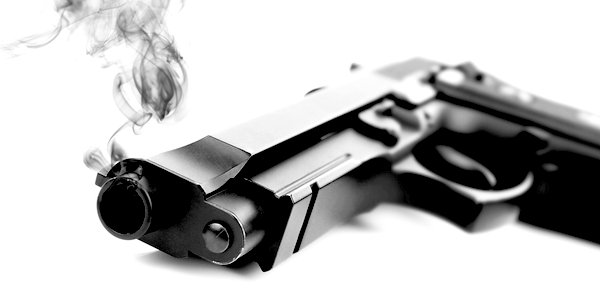 Next year will mark 30 years since the École Polytechnique massacre, also known as the Montreal massacre. I have only recently become aware of this tragedy, but I cannot stop thinking about a critical decision some students made in the middle of it.

On December 6, 1989, 25-year-old Marc Lépine (born Gamil Gharbi) entered the École Polytechnique, an engineering school affiliated with the Université de Montréal, armed with a semi-automatic rifle and a hunting knife.

Lépine began his attack in a classroom where about 60 male and female students were listening to a presentation. He told the students to separate, the nine women on one side of the room and the 50 or so men on the other. He then ordered the men to leave, and in the words of Mark Steyn they ‘meekly did so, and abandoned their female classmates to their fate – an act of abdication that would have been unthinkable in almost any other culture throughout human history. The “men” stood outside in the corridor and, even as they heard the first shots, they did nothing. And, when it was over and Gharbi walked out of the room and past them, they still did nothing’.

Once Lépine was alone with the nine women in the classroom he claimed that he was ‘fighting feminism’. He called the women ‘a bunch of feminists’ and shot them from left to right, killing six.

Lépine then roamed through corridors, the cafeteria, and another classroom, targeting women to shoot. In under 20 minutes he killed 14 women and injured ten other women and four men before turning the gun on himself. His suicide note claimed political motives and blamed feminists for ruining his life.

Understandably the feminists said this horrific tragedy was a result of murderous misogynist rage that is inherent in all men, and which all must acknowledge. But Steyn was more interested in the male students. He believed their abandonment of their female colleagues was a collapse of masculinity and the inevitable result of a ‘culture of passivity’.

Steyn again on a film, Polytechnique, which recounts the tragedy: ‘In [the film] all but one of the “men” walk out of that classroom and out of the story. Only Jean-François acts, after a fashion. He hears the shots . . . and rushes back to save the girl he’s sweet on? No, he does the responsible Canadian thing: he runs down nine miles of windowless corridor to the security man on duty and tells him all hell’s broken loose. So the security guard rushes back to tackle the nut? No, he too does the responsible Canadian thing: he calls the police. More passivity.’

A clip from the movie is here. The first three minutes show the women being selected and the men leaving them with Lépine (warning: this link contains distressing images at the end).

So the question is, are we shocked that the men left? If so, why? Is Steyn correct that this was something new in Canadian, if not Western, culture, and that previously men would never have abandoned women in this way? What would we really want our sons to do – leave and save their own lives or risk their lives to save others?

I admit I was pretty shocked that the men left, but not just because it was men abandoning women. It is also the numbers – there were so many more men than women, and even if the group had been split in such a way that it was mixed I believe my reaction would be the same. Or is this not just about the collapse of protective masculinity but about the passivity of the populace as a whole? Is it the case that we are brought up to believe that the State will always protect us and therefore we always expect the State to come to the rescue?

But we shouldn’t be so sure the State will come to the rescue. In the last high school shooting in Parkland, Florida, the sheriff’s deputy Scot Peterson never entered the building to confront the gunman. He waited outside instead.

At Columbine High School in 1999, police officers arrived within five minutes of getting the alarm. Although they exchanged fire with one of the killers, none of them entered the building. They waited for the SWAT team, as they had been told to do. By the time the first SWAT team was assembled and geared up to go in, it was 47 minutes after the shooting had begun and 13 were dead. Two minutes later the killers committed suicide with at least 75 police officers surrounding the Colorado school.

Here in Britain, after the Manchester bombing in May last year, the fire service were made to wait more than two hours to attend the scene even though police, arena staff and even the military were on the scene within minutes.

Do we live in a culture of passivity? Is this a natural consequence of the big state? And when it comes to the crunch how courageous would you or I be to save the life of a friend and colleague?