NewsPaperthe art of publishing
HomeCulture WarsNo TV, no web, no mobiles, no fear – those were the...
100

No TV, no web, no mobiles, no fear – those were the days 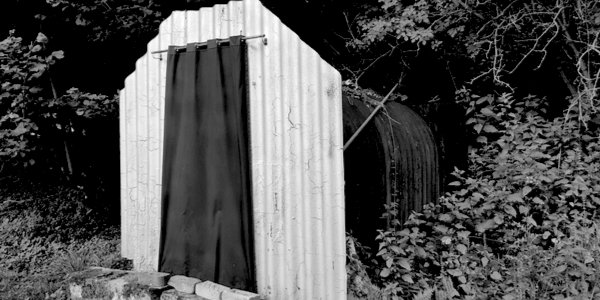 DURING the Second World War the Ford Motor Company ran an advertisement on the front cover of The Autocar magazine every week. It featured a small picture of some possible post-war car, the phrase ‘Until then . . .’ and a few words of hope.

My grandmother told me about Chamberlain’s speech on that Sunday, September 3, 1939, as dad had taken mum away for a short holiday; he could see what would happen. For them it was the second time – they had already lived through the Great War (as the 1914-18 episode was called then), watching friends, relatives, neighbours going off to fight and never coming back.

Only 21 years after that finished they abandoned their holiday and came back that same afternoon. I remember the bitterness in her voice as the first thing mum said to grandma was: ‘They told us last time it was the war to end wars.’

My primary school had the builders in during the autumn, strengthening the cellar with huge beams ready to act as an air raid shelter. Later, proper brick shelters for the local community were to appear on the streets besides huge emergency water tanks. Every gallon of petrol and oil was brought in by ships, so all private motoring stopped. My father was too old for the initial call-up and his early TB meant he was turned down for the later ones. But he joined the Civil Defence and had car use for emergency message carrying during air raids, and for ferrying ENSA concert parties around to the troops.

My home town of Leicester didn’t suffer much from bombing, but suffered greatly from lack of sleep in the winter of 1940-41. The West Midlands was targeted, especially cities such as Coventry and Birmingham, and night after night during that autumn and winter the Heinkels and Dorniers would fly over us. The sirens would go around dusk so we had to go to the shelters, with no all-clear till dawn.

The blackout law came very early on. You weren’t allowed to show any light from any building in darkness hours. This led to a great deal of DIY work on the right size screens or curtain liners to fit every window. There were no street lights anywhere. Nearly all the young men went off to serve in one of the armed forces or the Merchant Navy, later joined by the young women. Rationing came in stages; everybody had a ration book for food and ‘points’ coupons for clothing.

The meat ration at one time was equivalent to half a pound of mince per person per week. You could also have a couple of slices of corned beef if there was any. The population, forced to eat a balanced diet, was never so healthy as during those war years.

Newspapers cost a penny or two (old money), and their few pages told you whatever news the government had not censored. Radio news bulletins (subject to the same limitation) were broadcast several times a day, but the one that seemed to be the most listened to was at 9pm. There was only one domestic BBC radio station, the Home Service.

No TV, no web, no mobile phones, no e-mails, no social media. The only other source of ‘news’ was Lord Haw-Haw, as he was known, broadcasting from Germany on the medium waveband. He always had news of German triumphs; clearly we had no means of jamming him, but listeners soon realised his ‘news’ was far more slanted than anything the BBC was allowed to put out.

Everyone with a garden was encouraged to ‘Dig for Victory’, flower-beds and lawns were reconstituted as vegetable plots. Parks were ploughed and sown for wheat. Households were encouraged to have a pig bin; all waste food went in and it would be collected once a week. Pigs are not fussy eaters.

Every signpost was taken away and stored; the government seemed to think the invading parachutists wouldn’t have maps. The ITV detective series Foyle’s War gives a good impression of England in wartime, never forgetting that any cars still on the road had to have their headlamps masked. I caught the series out once – a scene set on a village green still had the signpost in the middle.

We children played happily in the traffic-free streets. We cycled everywhere, except that in Leicester you had to keep clear of the tram tracks as they could trap your wheels and send you sprawling. There was no lockdown, of course, no fear of catching something every time you went shopping, no bulk-buying of toilet rolls, plenty of coal, and no worries about gas or electricity.

That crisis went on for five years and eleven months, and it was only long afterwards that I realised how close we had come to being just another part of the Nazi empire. What kind of life would it have been in the last 77 years?

There is an interesting contrast with current teaching. We were told nothing whatsoever about the war at school, and at that age took no notice of the radio or the newspapers. Many families had someone in the services and were always anxiously waiting for the next letter. But for children living in a city that was rarely bombed the war largely went by, affecting our play only during episodes such as the Battle of Britain or the fighting in north Africa, for instance, when we were all fighter pilots or Desert Rats.

Nobody told us to worry, so we didn’t. Why do we fill our children’s minds these days with tales of global warming doom? Why are we traumatising our children by telling them about the grown-ups’ problems?

There were many books written about the causes of the war, and how it must never be allowed to happen again. The pre-war League of Nations ‘was an international diplomatic group developed after World War I as a way to solve disputes between countries before they erupted into open warfare’.

Clearly, that hadn’t worked, so in 1945 representatives of 50 nations met in San Francisco and set up the UN Charter to create a new international organisation, the United Nations, which, it was hoped, would prevent another world war like the one they had just lived through.

That doesn’t seem to have worked either. Maybe one day there will be a war to end wars. Until then . . .