NewsPaperthe art of publishing
HomeNewsNo, you won’t fool the children of the evolution
0

No, you won’t fool the children of the evolution 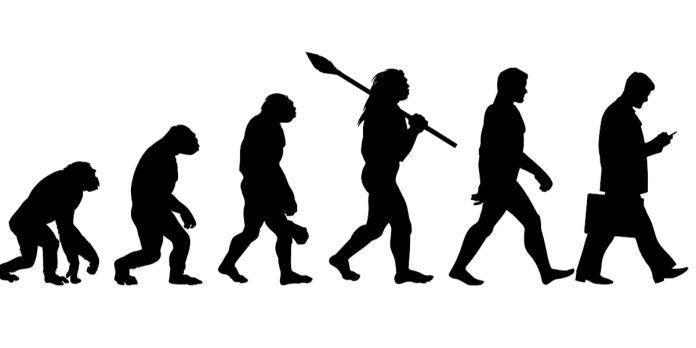 I WAS intrigued to learn that for many years a controversy has been evolving among evolutionary scientists … over evolution. According to an article on the Guardian website, some researchers believe it’s high time Charles Darwin’s classic theory was given an overhaul.

History’s most famous naturalist-biologist set out his epoch-making findings in his 1859 book On the Origin of Species by Means of Natural Selection, or the Preservation of Favoured Races in the Struggle for Life.

It’s a complicated read. But, even as someone who didn’t take O-level biology (and probably would have failed it), I can grasp the basic concept that Darwin formulated. He tells how organisms which are best adapted to their environment survive and reproduce while less successful organisms die out – the survival of the fittest.

Now a group of scientific dissidents are saying that as well as the process identified by the great man, other factors shape evolution in important ways – what is called Extended Evolutionary Synthesis – and these should also be given their due place.

When these ideas were aired in the journal Nature in 2014, they  apparently caused something of a schism among biologists, and the following year a Royal Society event for the dissidents to showcase their theories was shunned by many traditionalists.

The controversy continues unabated. Even so, I think we can all still agree that the story of how life started more than three billion years ago as microbes and evolved to create today’s animals and plants in ‘endless forms most beautiful’ – to use Darwin’s wonderful phrase – is mind-boggling.

Which brings me to a personal puzzle which has arisen as I evolve inexorably into an old codger. First, let me emphasise that even though I don’t understand the finer points of Darwin’s theory, I accept that a natural process raised us to what we are now.

The trouble is, when I take even a casual glance at the amazing array of living things all around us – trees, plants, animals, people – I can’t help wondering if such enthralling, dazzling complexity really was just the work of blind chance. That’s when a small voice in my head whispers: ‘Surely only God could have done this.’

It’s baffling, because it’s many years since I reluctantly concluded that God almost certainly does not exist, at least not in the traditional religion-based sense. Despite that, could these thoughts be a message from above telling me to reconsider?

Tempting as the notion is, I think not. When I contemplate the natural world, I’m usually out walking my dog across fields and through woods, not heading along the Road to Damascus. My thoughts are almost certainly just a hangover from an early childhood dominated by religion.

I know some creationists and proponents of ‘intelligent design’ argue that even though the timescale and mechanics of evolution may be correct, in the final analysis everything is down to God.

But I go with the scientific argument that it’s a cop-out to attribute something to a Supreme Being, a deus ex machina. Instead, you must seek answers via research, logic, observation, experimentation and analysis, as Darwin did.

Topics such as evolution inevitably lead to wider questions, such as where the Universe came from. Well, I’ve no more idea than anyone else. But we fortunately ended up as part of a splendidly capacious cosmos, with more than enough room for a chance to play out. And that’s probably how we got here.

It’s possible that from all of the presumed trillions of planets out there, we were the one that got lucky. Against astronomical odds, circumstances combined on Earth to produce life and allow it to propagate itself with no divine intervention.

And yet here I am, unable to shake off the notion that God must have had a hand in it all. As I said, I can’t explain it. But to counter the thought, I ask myself: If God was responsible for creation, why did he make such a song and dance about it?

As an omipotent being, he could have made the Universe – including us – in an instant. Even dragging it out over a week, as in the Biblical account, would have been acceptable. But it took us 13billion years from the Big Bang to get where we are today. Seven days? Well, maybe. But 13billion years? I ask you.

Anyhow, subjects such as this can end up frustratingly going round in circles. So let’s just agree that, as the song says, there are more questions than answers and leave it at that for now.

Meanwhile, I’m off for another walk amid the summer greenery, those ‘endless forms most beautiful’. And the bottom line is that I don’t really care who made it all – I’m just glad it’s there.