NewsPaperthe art of publishing
HomeNewsIt’s not a puzzle, Libby, it’s the real world
30

It’s not a puzzle, Libby, it’s the real world 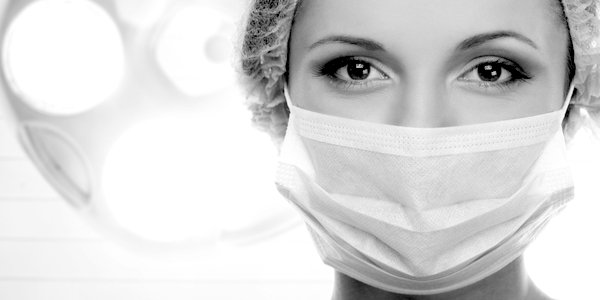 On one of those dire Celebrity Big Brother series, a contestant whose name I cannot recall (and frankly, I can’t be bothered looking up), was facing eviction. So she appealed to her female cohabitants to pick on one of the men: ‘We women should stick together.’ In that mundane moment of trash television was a message of underlying significance, for it showed a fundamental difference between the male and female outlook.

Women are expected to support each other, and seem programmed to do so. Men, by contrast, don’t care much about the personal lives of male colleagues. Traditionally (and perhaps biologically) they are expected to be independent, resilient and emotionally contained. Groups campaigning for men’s rights must tread carefully to avoid ridicule, not least from men. After decades of strident and successful feminism, there is little demand for an equivalent male movement. On the contrary, according to the postmodern concept of the patriarchy, all men are unfairly advantaged, while pathologising or criminalising ideas such as ‘toxic masculinity’ are uncritically accepted.

But a problem for women, from this male writer’s perspective, is that the demands placed on each other are high. Madeleine Albright, Secretary of State in Bill Clinton’s administration, infamously declared that ‘there is a special place in Hell’ for women who fail to support other women. That’s quite a burden of responsibility, isn’t it? In a recent Daily Mail article, Libby Purves posed a riddle which apparently reveals deep-seated sexist attitudes. A surgeon cannot operate on an injured boy ‘because he’s my son’. Everyone, women included, thinks the surgeon must be the boy’s father, but why not the mother?

Herself fooled by this riddle, Purves decries the inherent sexism within the sisterhood. ‘While we have made a lot of noise about how men have an in-built bias against us, ignoring equal pay or proper respect, science is proving that a closet sexist lurks in the vast majority of women. And whether committed feminists or corporate high-achievers, we’re all guilty.’

But the riddle could easily be adapted to show bias the other way: a nurse, or a model, for example. A nurse is not as good a doctor, think the middle-class feminists, but it’s a noble profession that only a snob would look down on. Not as well paid as men? Female modelling is far more lucrative than a photo-shoot for a gents’ outfitter. The riddle also suggests a more male trait of emotional detachment: which mother wouldn’t rush to her child’s aid? Perhaps this could be interpreted as a sexist judgment against men. Furthermore, in the past the word ‘doctor’ would have fitted, but now more than half of recruits to medicine are female, and surgery is one of the few remaining branches with a male majority. But some gender differences are likely to persist. As Rod Liddle wrote in the Spectator: ‘Very few women work in the construction industry. Very few men are speech therapists or midwives. There are reasons for this disparity nothing to do with sexism.’

Purves offers more examples: ‘Imagine a spaceship captain or an airline pilot in an emergency. Got the scene in your head? Now take another look. Oops, yes, you probably imagined a man at the controls. A white man, too. Fail!’ But it would be unrealistic and unhelpful to deny the probabilistic (rarely deterministic) value of categorising: it’s how we make sense of our world. Perceived patterns of phenomena enable us to predict other people’s behaviour. Is Purves indiscriminate in who she would ask for directions on a Saturday night? Of course not.

We live and learn, and our assumptions are sometimes challenged. Like everyone on broadcast media, Purves thinks sexism is a one-way street. Stereotypical negative thinking is hardly limited to men. Consider the case reported this week of a father accosted by the police after checking into a hotel with his 14-year-old daughter. The receptionist had suspected that he was a paedophile. In fact, they were visiting his dying mother in a nearby hospital. Sex discrimination, for sure, can be distressing.

If feminists could accept that men and women are innately different, it would make life easier for everyone. There are pros and cons in being either male or female. Some of these differences are primarily biological, others cultural. Some are unfair: I will never experience the pain of childbirth, but on average I have a life expectancy shorter by four years. Feminism today is becoming like a wasps’ nest in the eaves: there’s always this nagging buzz, and the danger of being stung. Sexism is the explanation for any difference in behaviour or outcome, from career choice to dating.

Back to the inimitable Rod Liddle, on the discrepancies of attraction for the opposite sex:

‘Men do not throng around the changing rooms at Wimbledon in an attempt to pull Serena Williams. The truth is men do not automatically find successful women attractive, nor will most successful women satisfy themselves with a white-van driver, no matter how hunky he might be. Work out why this is so and we might slowly gravitate towards an explanation for this bedevilling men and women thing.’

Finding that women fail the surgeon test, Libby said: ‘I bow my head in shame’. Perhaps she is being too hard on herself and her sex. While privileged middle-class commentators make ever-expanding claims of victimhood, most people are simply getting on with their lives. The Purves puzzle is of her own making.