THE BBC has just broadcast Episode 6 of Sir David Attenborough’s Seven Worlds, One Planet, focusing this week on North America.

Sadly he has again chosen grossly to mislead viewers about the effect of climate change, this time on polar bears. The false claims are so blatant that the Global Warming Policy Foundation (GWPF) has submitted a formal complaint to the BBC, accusing its production crew of being ‘either incredibly incompetent or duplicitous’.

Attenborough states in the programme: ‘But it is in the far north of the continent that human beings are affecting wildlife most critically. Canada is warming faster than any other country on earth. Polar bears have always relied on sea ice for their hunting. But summers are now getting longer and hotter. For most polar bears this is a time of starvation. On the shores of Hudson Bay some polar bear are finding a new source of food . . . The tide comes in, bringing with it other northern giants, beluga whales . . .This extraordinary behaviour has only been reported here in this remote corner of North America, and only in the last few years. This one small group of bears has found an ingenious way of surviving the lean summer months. But for others it is not so easy.’

The claim that the hunting of belugas from shore is something new does not tally with the facts. A peer-reviewed scientific paper, for instance, by Tom Smith and Becky Sjare in 1990 found exactly the same sort of hunting in 1985 on Somerset Island, far to the north of Hudson Bay in the Canadian Arctic Archipelago.

Given that most polar bears spend their lives without being filmed does not mean that others have not regularly done the same thing elsewhere in the Arctic.

There are also many other recorded instances of polar bears feeding on beluga, often catching them at breathing holes in the ice, something which Attenborough himself recorded in his 2008 Blue Planet series.

There are other seriously misleading assertions in the programme:

1) Summer is not a time of ‘starvation’ for polar bears. Biologists correctly refer to it as ‘fasting’, an evolutionary strategy unique to polar bears, which allows them to thrive in one of the harshest habitats on the planet. Describing naturally fasting bears as starving animals is an appeal to emotions designed to make people feel uncomfortable, but does not properly describe the natural biological process.

2) Far from being starving, the bears shown hunting beluga were fat and healthy, just as you would expect in July, when the filming took place. Polar bears consume roughly two-thirds of their annual calorie intake in spring, feasting on young seal and storing the excess energy as fat.

3) The implication that ‘other polar bears are not so lucky’ is also incorrect. Surveys by various agencies show that virtually all polar bears in the region have been reported as fat and healthy in recent years.

This latest example of fake reporting is part of a pattern in this series.

In the first episode, Attenborough claimed that the world’s population of albatross has halved in the last 15 years, because warming of the Southern Ocean has brought with it more extreme weather.

In reality, the Southern Ocean has been cooling since the 1980s, and sea surface temperatures are no higher now than in the 1880s:

Bird experts insist that the real cause of population decline, which commenced in the 1970s, is industrial fishing for tuna. Fishing boats use lines often as much as 80 miles long. Unfortunately albatross, as well as other seabirds, turtles and dolphins, are accidentally trapped and drowned, something that is known as ‘bycatch’.

It is astonishing that Attenborough, a supposed expert on zoology, made no reference to this at all, preferring to sell the climate change angle instead.

In the second episode, Attenborough took us to the Siberian coastline where thousands of Pacific walrus were beached, because there was ‘no sea ice’ for them to rest on. The footage was shot at Cape Serdtse, which has long been one of a number of haulout sites regularly used by walrus on that coastline, as a study published in 2000 showed. 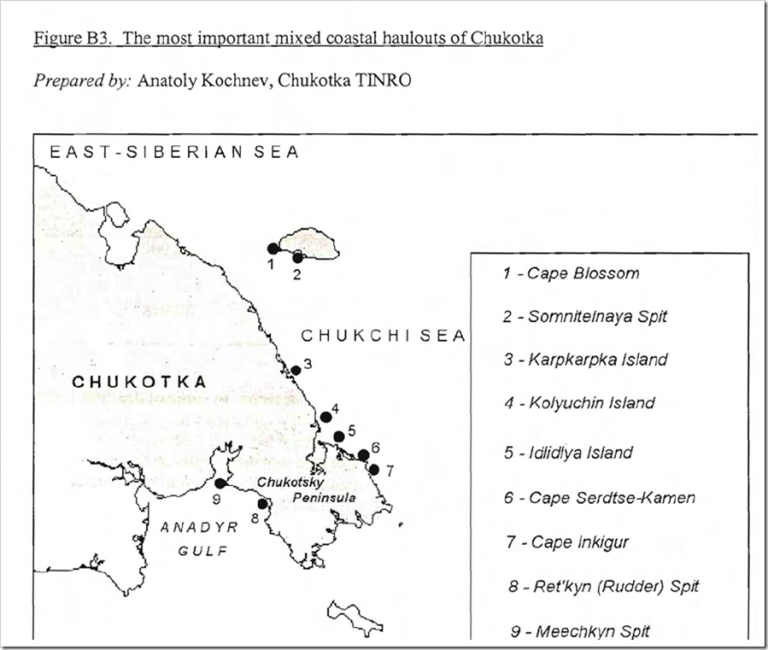 Rather than hauling out on beaches because there is ‘no sea ice’, Pacific walrus migrate south to the Chukotka coastline only in October, by which time the sea ice has already begun to reform in the Chukchi Sea.

As the ice continues to develop in November and December, the walrus resume their migration through the Bering Strait, to stay on the edge of the ice fields rather than be trapped amongst thick floes where they would not be able to feed.

There are many historical scientific accounts of large numbers of walrus hauling out on the Chukotka coast dating back to the early 20th century, so there is nothing new about this latest event.

The large numbers of walrus observed in the programme are a reflection of the currently thriving population of Pacific walrus, and not some battle for survival, the impression given in the episode.

We await with bated breath the next instalment of climate propaganda!

This article first appeared in Not a Lot of People Know That on December 4, 2019, and is republished by kind permission.