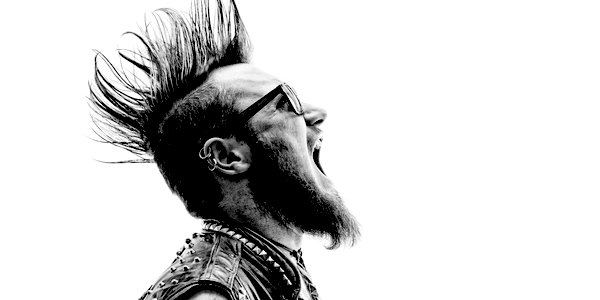 Punk rock educational philosophy is spreading. It has already subverted the national curriculum for history through its Sex Pistols ‘free-for-all’ syllabus. Now, a Sex Pistols version of ‘religious’ education is on its way. It is all part of the current ‘Anarchy in the UK’ schools revolution. The Commission on Religious Education wants schools to embrace the philosophy underpinning the infamous lyrics by that saint of punk, Johnny Rotten.

The Church of England’s Dean of Westminster, John Robert Hall FSA FRSA, headed the Commission and would like us all to understand that:

Life in Britain, indeed life in our world, is very different from life in the 1970s when religious education began to include other world religions and beliefs besides Christianity.

At present, the quality of religious education in too many schools is inadequate in enabling pupils to engage deeply with the worldviews they will encounter.

Many structural changes in education in the past 20 years have unintentionally undermined the integrity of RE in the school curriculum.

The commission is proposing a fresh start for the subject with a vision for the teaching of religion and worldviews in every school.

Or, as the immortal Rotten screamed: Never Mind the Bollocks (or the RE), Here’s the Sex Pistols!

In other words, the Sex Pistols were the visionaries all along and it is time the ‘old fogeys’ of the religious establishment caught up with them. This boils down to ditching a load of that religious stuff and replacing it with topics that are relevant to our ‘wonderfully diverse’ society. Humanism, secularism, atheism and agnosticism are being specifically targeted for centre stage in our schools. Religions can have a place, too, of course, but only with the proviso that we have small and diluted doses of lots and lots of them. Given that witchcraft ranks as the most popular optional topic for A-Level history, it is not difficult to work out that our Judeo-Christian traditions are going take a further nose-dive.

On behalf of the Commission, the Dean calls this a ‘fresh start’ for RE. Many will recognise it more as a closing than an opening of young minds. Knowledge of our Christian inheritance, within its Jewish background, is the key to what is traditionally regarded as western civilisation. It is the key to much of our art, our music, our architecture, our sculpture, our literature and so on. Our legal and political systems, too, are really only comprehensible within that context. Those seeking permanently to subvert western values have no choice but to subvert the faith on which they are constructed.

It matters not a jot whether children and their families are believers. What is at issue here is access to the core knowledge which allows children to know what it means to belong to, live in, and participate as a member of the Judeo-Christian world – the society in which they live. It is about integration through a common inheritance, including respect for different faiths.

Humanism, secularism, atheism and agnosticism and, indeed, other faiths, should be respected, but not at the expense of the central faith tradition that defines western civilisation – our roots. The Roman Catholic Church, at least, seems to have cottoned on to what the Commission on Religious Education is up to. In response to the report, its Education Service has pointed out: ‘The quality of Religious Education is not improved by teaching less religion.’

Indeed, we need to open the eyes of children by teaching more about the Bible and the New Testament and Christianity, not less. By currently failing to do so, too many schools are erasing knowledge of the society in which they live. This is not to argue against teaching other views, it is simply to prioritise what is most important.

The National Secular Society has described the report as ‘a potential game-changer for the way we teach about religion in schools’. How right that is! In all its giddy vanity, the Commission in particular and the Church of England in general has sold its soul to the most persuasive bidders – the educational punk rockers – the high priests of political correctness.