NewsPaperthe art of publishing
HomeNewsNow will the Tories find the guts to get rid of Johnson?
565

Now will the Tories find the guts to get rid of Johnson? 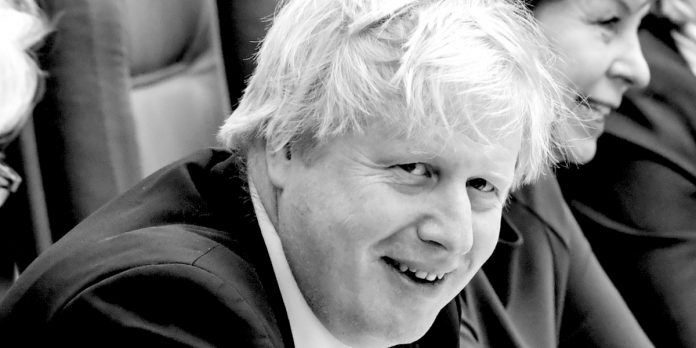 IT’S just under three weeks since Conservative Parliamentary Party let the greased pig get away with it again. He survived the vote of no confidence thanks in the main to his cowardly colleagues being terrified of a Jeremy Hunt replacement. Now they are faced with the public’s thumbs-down in Tiverton & Honiton and Wakefield, in the aftermath of which we hear Johnson sloshed around in his hotel pool and then refused to take responsibility for the by-election disasters. ‘Nothing to do with me, guv,’ he might as well have said. Away for ten days on this most convenient of foreign tours, he’ll judge that by the time he gets back the one Cabinet resignation protest – Culture Secretary and party chairman Oliver Dowden – will have faded into short-term memory land.

Calling for Johnson to fall on his sword, former Tory leader Michael Howard has said that the party and the country would be better under a new leadership. But Johnson is no Thatcher. He is not an honourable man. Instead, he says he will listen to the voters. Well, the voters are telling him to go. As Iain Martin said on Friday, the country faces economic immolation and he is in denial.

The co-dependent Cabinet must end their own denial and tell Johnson his time is up. We repeat what we said in this article published 18 days ago, on June 8.

SUPPORTERS of the now lame duck Prime Minister continue to get it wrong. Apart from the few addle-brained individuals who think he can still work his magic and lead the Conservatives into a further five years of government in 2024, Johnson’s support comes from those who believe that any alternative will be worse.

These people are not only mistaken in their certitude, they are morally compromised themselves if they cannot get the simple fact that, quite simply, Boris Johnson is unfit to lead anything – to hold any public office.

Bruce Anderson in his perfectly-phrased comment piece for the Reaction website on Monday, stated exactly why it is time for Tories to boot out Johnson, citing what happened on the steps of St Paul’s Cathedral last Friday when the PM and his wife Carrie arrived for the Jubilee thanksgiving service.

He wrote: ‘The crowd outside St Paul’s hardly counts as an opinion poll. All the same, we can assume that they were not the sort of people who are natural booers. Yet they booed the Prime Minister. That is significant. Such aesthetic revulsion at the sight of Boris Johnson on the steps of the cathedral tells us what many of the plain people of England are thinking.

Anderson also explained why Johnson’s lying was unsustainable: ‘The relationship between him and the party will always be contractual … if they think that he will win an election, they’ll stick by him. If not, not. Now, it is very much not.

‘The lies are part of this. When Boris was 17, his wise housemaster, that distinguished classicist Martin Hammond, wrote to his father Stanley – not the ideal recipient – that his son ought to understand one important point. The chains of obligation which bind societies together should also apply to him.

‘He never has. To be fair to him, this is not a matter of thinking that now he is Prime Minister, he can do what he likes. He has always believed that he could do what he likes – and not do what he does not like. That latter includes thinking out government policy.’

We at TCW have consistently argued that a man with such fundamental character flaws was not fit to be Prime Minister. He is where he is because he has ‘got away with it’ time and again.

His interview with Sky News straight after losing the confidence of 42 per cent of Tory MPs was yet another such attempt – high on bamboozling and brazening his way out what for him is just the latest crisis in his addicted-to-drama way of living.

He may get off on it, but MPs should no longer be prepared to be the supporting cast of his destructive dramas. It was a weird and uncomfortable show of bravado, of the sort no doubt that he tried out on his masters at Eton.

Even in these days of underwhelming politicians, institutionalised incompetence and dumbing-down, this performance from a PM in office hit a new low. Let’s hope it is his last. The past does, in the end, have an uncanny knack of catching up with people.

So what of the fear that ‘we will get someone worse’ – the avidly pro-lockdown Jeremy Hunt being the name that most alarms people? Is that a sufficient argument for sticking with a leader who is so deeply flawed and whose word time and time again has been shown cannot be trusted? Apart from the fact that this is a fallacious form of reasoning that is based on an unknown assessment of risk – rather like the General Medical Council saying we can’t disbar Dr A for gross misconduct because Dr B who gets his job might be worse.

What’s worse, such a way of thinking prevents the few decent, moral and competent MPs from having a chance to replace Johnson. It prevents even – and this is only the glimmer of a possibility – the chance of a man or woman stepping forward who’d work to restore conservatism to the party and roll back the massive (and reckless spending) authoritarian state and radical elitist policies developed under its aegis.

Anyone labouring under the illusion that Boris is really holding the thin blue line – a Horatio on the bridge defending true liberalism and conservatism – seriously needs his or her head examining.

If we get another wrong ’un, then what difference will it make?  Andrew Cadman argued just recently that the track record of the past 50 years suggests more radical, anti-democratic projects will be imposed against the wishes of the people, the scope and audacity of which we can only guess at. So-called conservative MPs should think hard about that – is this really what they want to be allied to?

Of course, if Johnson had any decency, he would follow Margaret Thatcher’s example when the 1990 leadership challenge to her resulted in her winning 204 votes to Michael Heseltine’s 152.

This was not enough for Mrs Thatcher to pass the two thresholds specified in the party rules, which stated the winner needed more than 50 per cent of the overall vote, but also to be 15 per cent clear of the runner-up.

After initially declaring she would contest a second ballot, she took stock and bravely canvassed the opinion of close colleagues.

One after another told her it was time to stand down. She did. But then she was a woman of character – of decency, dignity, principle and moral courage. Boris Johnson is none of those things, but is exactly as Anderson describes him: ‘A grotesque goof clowning around as if he cannot wait to get back to the latest party in No 10.’

He asks: ‘Is this the most worthless man ever to become PM? In moral terms, Lloyd George was pretty low-grade, but he had other offsetting qualities. Wilson was a useless Prime Minister, but a better human being. Boris: There is only one summary. A man without any redeeming features. It is time for his party to recognise that, and redeem itself.’

Share
Facebook
Twitter
WhatsApp
Email
Previous articleSuffer the little children: Divine grace in every heartbeat
Next articleToday’s talking point: Should we really involve ourselves in other people’s wars?