NewsPaperthe art of publishing
HomeNewsNumber Six: ‘I am not a number. I am a free man'
0 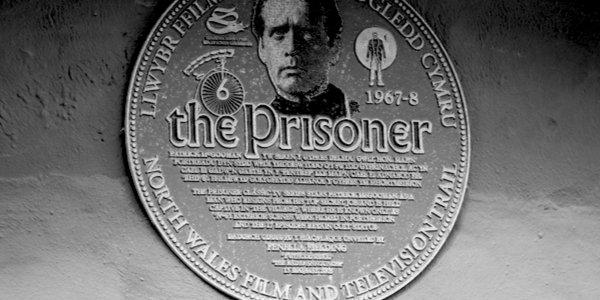 PATRICK McGoohan was Lew Grade’s biggest star, and his series Danger Man had been running on ITV since 1960, initially for 30 minutes at a time and later as hour-long episodes (including ad breaks).

McGoohan was a demanding actor to work with. He had strict principles. He ruled out any love scenes in Danger Man. He is never seen fraternising with anyone. But this cold, emotionless portrayal makes the character John Drake believable. Secret agents need to be ruthless and cold. Feeling human compassion is a fatal flaw for an agent of the state.

By 1966 McGoohan had filmed 86 episodes of Danger Man. He was bored and wanted to move on. Grade, anxious not to lose his top star, asked the story editor, George Markstein, to come up with something new.

During the war Markstein, a writer and journalist, had made contacts in the intelligence services and knew of an establishment ‘somewhere in Scotland’ (as he confided to me rather enigmatically, prefacing it with: ‘I have to be careful what I say’) where agents who had outlived their usefulness could be gently retired.

What an idea! An agent takes exception to something his department has done, or has ordered him to do. He bangs his fist on his boss’s table as he angrily hands in his resignation and storms out. What will his boss do? Let him go on holiday? With all that sensitive information he possesses? Not a chance. He knows too much to be let loose. The agent must be captured, isolated and locked up to prevent him from causing trouble, selling out to the highest bidder or worse, spilling the beans about the unacceptable truth that has compelled him to resign.

Anyone who has seen The Prisoner (all 17 episodes are available on DVD) will know that the agent, or ‘Number Six’, is kidnapped and incarcerated in a picturesque village, nestling in a wooded cove by the sea. We never learn the location of this place, referred to only as ‘The Village’. There are many other inmates. There is a complete absence of personal identity. No one has a name, only a number; the whole operation is lorded over by an insidious Number Two, accountable only to the mysterious and faceless Number One.

To run The Village effectively, everyone is under surveillance 24 hours a day. Everything is monitored. Sound and vision are captured up to a range of two miles. Internal spies operate everywhere. You have no way of knowing who is a guardian and who is a prisoner. There are no cars. The only transport is a Mini Moke taxi service, which will not take you beyond the confines of The Village. There is no contact with the outside world. Radios are forbidden. There is only one newspaper, the Tally Ho. A Tannoy system perpetually broadcasts news and weather forecasts, chirruped by a sickeningly cheerful, pathologically enthusiastic announcer (brilliantly voiced by Fenella Fielding).

Independent thought is reviled. All education is implanted directly into the memory via a technique called Speedlearn, everyone learning exactly the same thing in precisely three minutes. Official slogans are posted everywhere: Questions are a burden to others, answers a prison for oneself. A still tongue makes a happy life. A dreary litany of regurgitated platitudes spills from everyone’s lips. Anodyne music is piped into every dwelling through loudspeakers which cannot be switched off or turned down. It is a cashless society. Credit Units, which are exchanged for goods, are awarded or withdrawn according to how well one behaves in the community. Obedience and conformity are rewarded. Defiance is punished, often severely.

Behaviour deemed recalcitrant and anti-social will bring you to the attention of the Village Committee. You will be labelled disharmonious, an Unmutual. In a series of calculated warnings, you will be shunned and ostracised. Should you persist in your obduracy, you will be forced to fit in by undergoing a psycho-surgical procedure called Instant Social Conversion, in which the troublesome ganglia of the frontal lobes are expunged.

Should anyone dare to attempt to escape from this twentieth century Bastille, an automated guard dog, the Reactive Orange-alert Village Escapee Retriever, balloons into action to overpower, smother and return the fugitive.

Beyond the enforced, mind-numbing uniformity, the Village authorities want to know everything about you. They want complete control. They aim to crush every last vestige of freedom and individuality. They want your total subjugation – body and soul. Traps are set. Tricks are played. Nothing is what it seems to be. Everything is a lie.

Who runs the Village? Is it his own government, or that of a foreign power? We are never told; but as Number Two says himself in episode 2: It doesn’t matter who Number One is. It doesn’t matter which side runs The Village. Both sides are becoming identical. What has been created is an international community, a perfect blueprint for world order. When the sides facing each other suddenly realise that they are looking into a mirror, they will see that this is the pattern for the future.

Sounds far-fetched, doesn’t it? Doesn’t it?