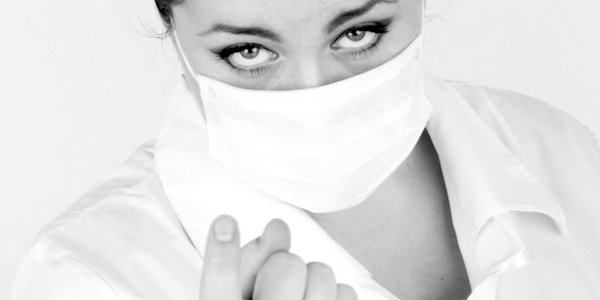 I have an idea for a sequel to the film One Flew Over the Cuckoo’s Nest (yes, I did read the book first).

In One Flew Over the Internet, Nurse Ratched has had enough of the asylum and the inadequate men she rules with an iron fist. She decides she is going to break out and launch a career in politics, or perhaps the media. In fact, she will have her media career first, and then like so many before her become an MP.

Following her example, all the nurses in the asylum do the same thing. Some enter the media, TV, radio, and some choose politics. Slowly, they build up the network of the sisterhood and decide to impose their tyrannical will on the general male population ‘on the outside’.

First, they start shaming men for the slightest wrongdoing. They label any pathetic pass ‘sexual misconduct’. By using this term, guilt is presumed and happily, because of the many sisters in the media, they can all act as judge, jury and executioner. Case closed.

After stoking up a completely disproportionate amount of hysteria over misplaced lunges and possible knee-touching, Ms Ratched MP and allies force through various ‘codes of conduct’ to which the menfolk must adhere. All of this is performed with a passive-aggressive air of superiority – they are women, therefore male inferiority is a given.

It does not help that the few men left in positions of power are too cowardly to put up much of a fight. So they just throw the rest of us – reasonable but bemused men and women – under the tyranny bus called feminism.

However, what Ms Ratched MP hates even more than men are beautiful women who use their looks to get ahead. Holy Mary, mother of God, these are the worst.

So she uses the same tactic on them as she did on the men in the asylum. She questions the mental state of these women by questioning their life choices. Yes, dear, this is a job you might love but you don’t know what you are doing and it is not acceptable to the sisterhood. So, pack your bags and gather your modesty cloak on the way out.

Little boys, of course, are also frequently a target. They are just defective girls who if not controlled will grow up to be horrible men. So best to start drugging them early with Ritalin. This is easily done as Ratched & Co have so much experience in drugging men from the days in the asylum. Job done.

In addition to Ms Ratched MP, her former assistants are now well ensconced in high places – the academy, quangos, the media and politics. Thus they are well positioned to unleash wave upon wave of codes of conduct aimed at keeping men in line, in universities, businesses and Parliament itself. A long-running campaign of shame against men keeps them on edge.

One never knows when the next tweet of shame will ping ‘calling you out’ for a misplaced hand five years ago. This anxiousness is all to the good: anxious men are easy to dominate. Soon they are all gibbering wrecks like Billy Bibbit, apologising for things they do not need to apologise for. Oh, happy days.

So, there we are. I think it would make a good story. Fanciful, of course, because nothing like that kind of dystopia is happening right now.