NewsPaperthe art of publishing
HomeNewsNursery rhymes for our turbulent times
33

Nursery rhymes for our turbulent times 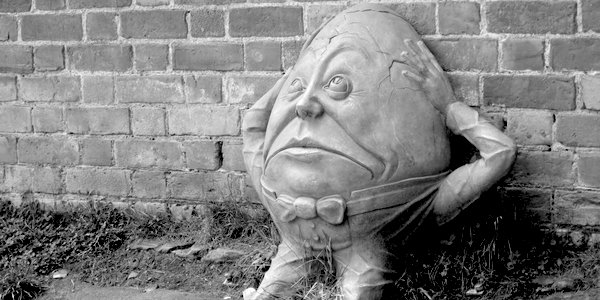 The woke treatment means that, far from Little Miss Muffet being ‘frightened away’ by a spider, the encounter ‘brightens her day’. And instead of having roast beef, one of the Little Piggies goes veggie, tucking into roast beets. Baa-Baa-Black Sheep decides it’s ‘not cool’ to give away his wool, while the Three Blind Mice, rather than being de-tailed by the knife-wielding farmer’s wife, are befriended by her.

Parents have condemned the bowdlerising as ‘brainwashing’ children. However, it’s started a trend for rewriting nursery rhymes with contemporary themes . . .

Pat-a-cake, pat-a-cake, baker’s man
Bake Boris a cake as fast as you can
Pat it and prick it and mark it with B
But tell folk it’s work and not a part-ee.

Keir-y, Keir-y, quite contrary
How did your ‘working night’ go?
Swigging bottles of Bud
It sure tasted good
With carry-out curries all in a row.

One, two, three, four, five
Once I caught a fish alive
Six, seven, eight, nine, ten
Then I let it go again.
Why did you let it go?
Because the EU quota told me so
The Froggies they still have the right
To trawl just off the Isle of Wight.

Humpty Dumpty sat on a wall
Humpty Dumpty had a great fall
All the NHS staff they warned him right then
He’d wait six hours in A & E, or more likely ten.

Mary had a little lamb
His fleece was white as snow
And everywhere that Mary went
The lamb was sure to go
He followed her to school one day
Which was against the rule
But he self-identified as a pupil
And the teacher said: ‘That’s cool.’

Hey diddle-diddle, they’re all on the fiddle
The fraudsters are over the moon
They got £4.9billion in lockdown loans
And they won’t be repaying them soon!

Twinkle, twinkle, little star
No need to wonder what you are
A Putin nuke a-soaring high
And if it hits us, we’ll all fry.

Oh, the sweat-starved Duke of York
He had a million pounds x 10
Gave the lot to a gal he’d never met
Saying: ‘I hope that’s settled then.’

Incy Wincey Rishi
Climbing greasy pole
Down came Non-Domgate
And left him in a hole
Out came his minted wife
And started paying tax
But Incy Wincey Rishi’s
Career is showing cracks.